A few months ago Carrie wrote here about Goebbel Reeves’ “A Dog For Outer Space“, his ode to Laika, the dog who was launched into orbit aboard Sputnik 2 in 1957. It seems that Reeves’ hand-written lyrics don’t represent the only country song written about the canine cosmonaut, as we recently stumbled upon a song called “Sputnik Dog” in the Lester Flatt and Earl Scruggs Picture Album, Hymn and Songbook (FL-417 in the SFC Song Folios Collection). Compared to Reeves’ tearjerker, the Flatt and Scruggs version of the Laika story (reproduced below) is a good deal more celebratory, though a little confused about the nature of  the dog’s journey and his prospects for a safe return: 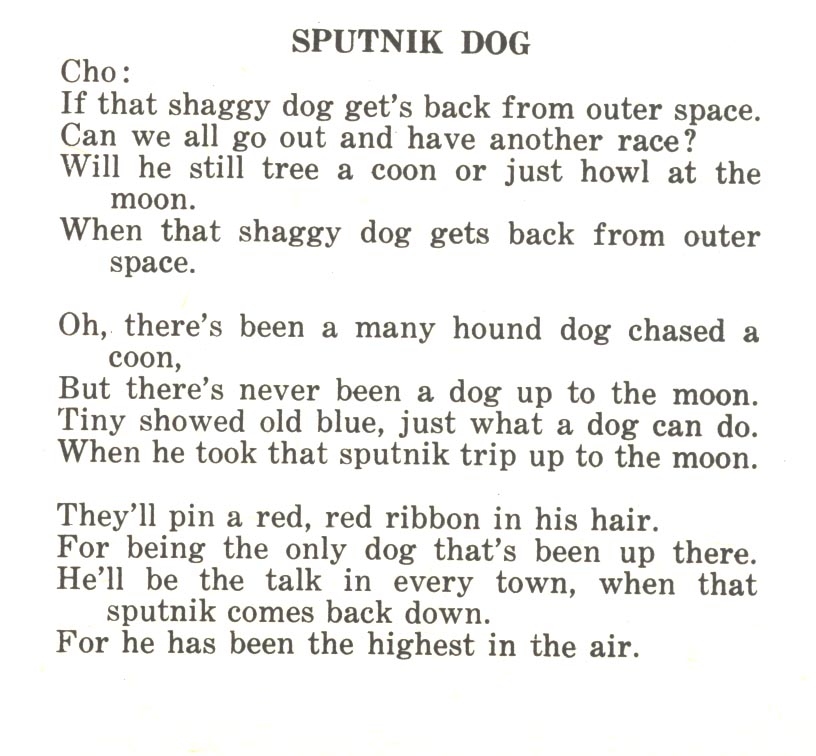