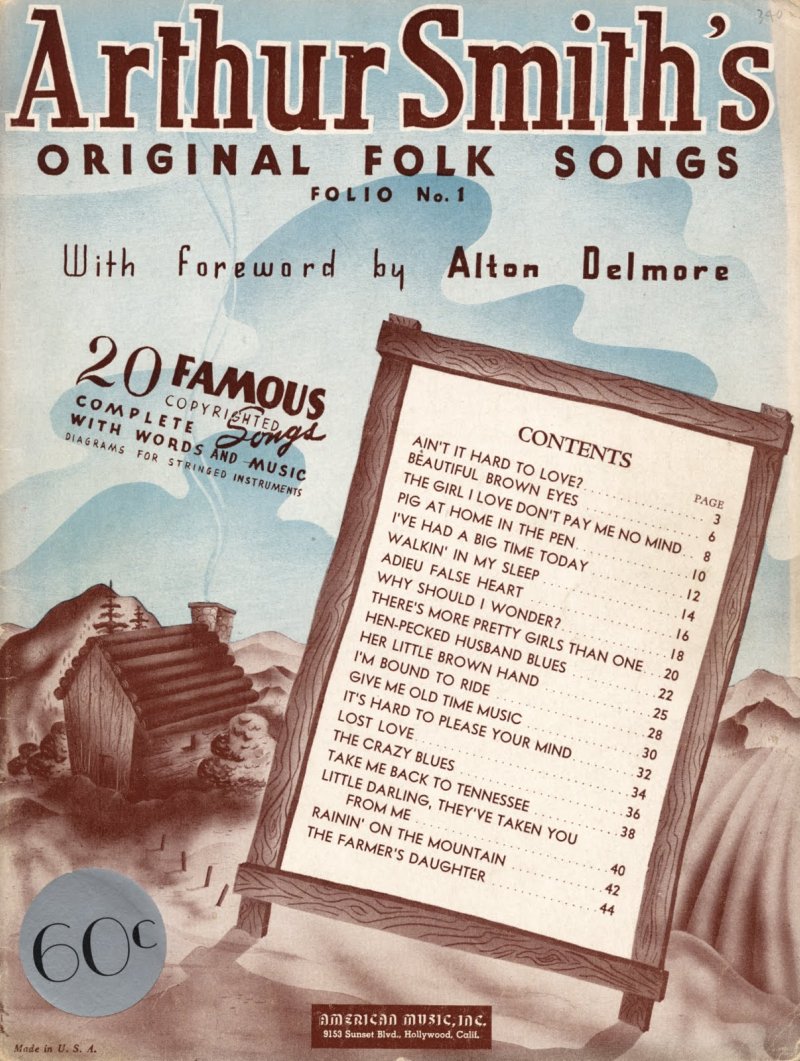 This collection of tunes by Arthur Smith, call no. FL-0024, from the Southern Folklife Collection Song Folios, circa 1882-1983 (#30006), includes a number of fantastic Smith compositions that have become standards in the Country music canon.  The folio features one of Smith’s most famous compositions, “Beautiful Brown Eyes,” a song he wrote in 1937 and subsequently won a copyright judgement against other artists that had recorded it, assuming it was in the public domain.
We haven’t yet found the time to read the forward by Alton Delmore, but we can’t wait for the opportunity. The Delmores toured with Smith and his Dixieliners in the 1930s and both groups had appeared throughout the 1930s together on the Grand Ole Opry.  If the foreward is similar to Delmore’s autobiography, Truth is Stranger than Publicity (published posthumously by the CMF in 1977), then we are sure to be in for a treat.

“The Girl I Love Don’t Pay Me No Mind”

“Pig at Home in the Pen”

“I’ve Had a Big Time Today”

“Walkin’ in My Sleep”

“Why Should I Wonder?”

“There’s More Pretty Girls Than One”

“Give Me Old Time Music”

“It’s Hard to Please Your Mind”

“Take Me Back to Tennessee”

“Little Darling, They’ve Taken You From Me”

“Rainin’ On the Mountain”