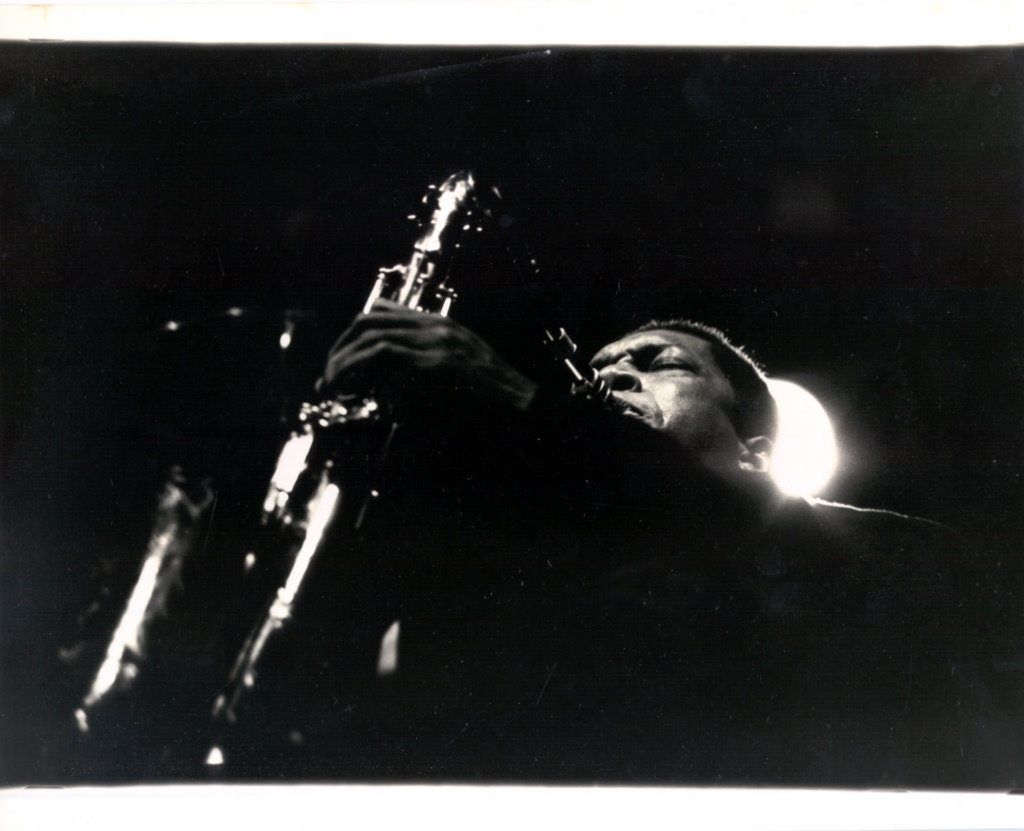 It has been a great week at the Southern Folklife Collection. We kicked off our series of symposia and concert tributes to American blues masters with an evening of Howlin’ Wolf to great success. We cannot thank our participants–Peter Guralnick, Knox Phillips, Alvin Youngblood Hart, Eddie Shaw and the Wolf Gang, Jody Williams, and Henry Gray–and the Friends of the Library organization at UNC enough.  Our second event in the series, a tribute to Gary Davis, is scheduled for November 17, with a keynote by author and scholar Elijah Wald, and featuring musicians Stefan Grossman, Ernie Hawkins, and Jorma Kaukonen.  More details to come but for now see this facebook event page.
This morning we were looking through negatives of images photographed by Robert Bolton at the Downbeat Jazz Festival at Soldier Field, Chicago, Illinois,15 August 1965 to choose an item for an upcoming exhibit. While doing so, we were reminded that today, September 23, is John Coltrane’s birthday. Coltrane was born in Hamlet, North Carolina on September 23, 1926, and grew up in High Point, NC, attending William Penn High School (now Penn-Griffin School for the Arts).  A successful effort to purchase and restore his childhood piano was completed in 2006 and the instrument now resides at the High Point Museum.
Besides tuning in for some excellent programming (24 hours of Coltrane) by Columbia University’s WKCR, we wanted to share a few of Bolton’s photographs of Coltrane from that day. These photos document an extraordinary performance–Coltrane invited Archie Shepp on tenor sax to join the quartet of himself, McCoy Tyner, Jimmy Garrison, and Elvin Jones–that marked a distinctive turning point in Coltrane’s career.  Often compared to Bob Dylan’s “plugging in” at the Newport Folk Festival, 1963, Coltrane’s quartet plus Shepp closed the night, free and ferocious and in stark contrast to the more straight forward bebop played throughout the day.
These two images are held as part of the Robert Bolton Collection, 1955-1980 and undated, collection #20408.  The Robert Bolton Collection consists chiefly of photographic materials documenting the social landscape of the eastern United States from the mid 1950s through the early 1980s. Bolton’s photographs examine everything from common street scenes found in and around many southern cities during the 1960s to cultural gatherings, such as the Downbeat Jazz festival in Chicago, Ill. and the Ole Time Fiddler’s & Bluegrass Festival in Union Grove, N.C. In addition, Bolton photographed numerous performers including Bob Dylan, John Coltrane, Louis Armstrong, and many others. Other materials included in the collection are 8mm films depicting Sports Car Club of America auto races from 1960 to 1961 and drawings and paintings created between 1959 and 1967. 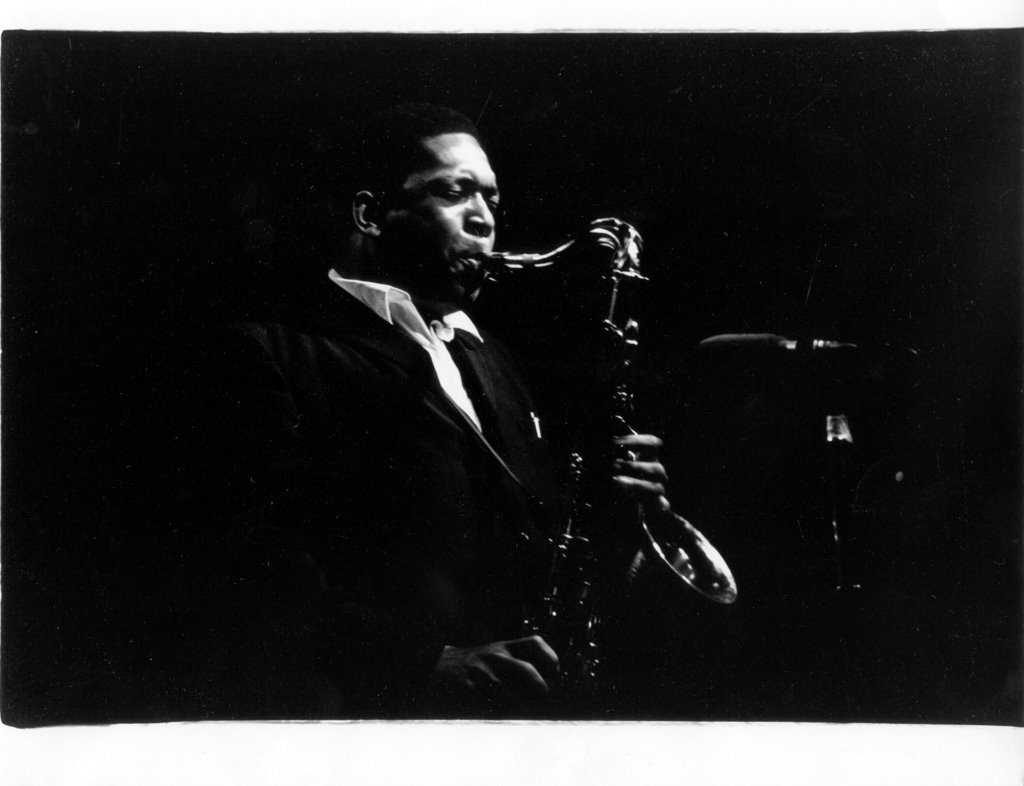