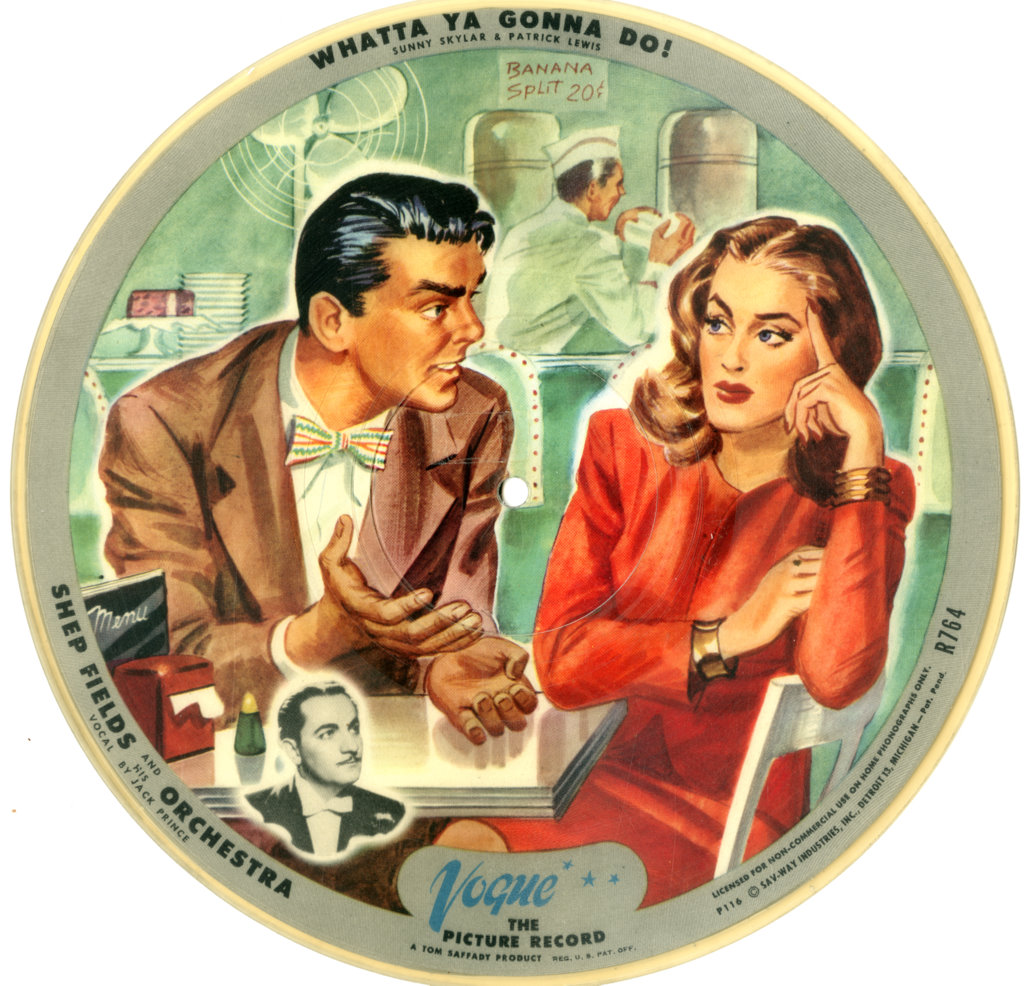 Another item from our upcoming exhibit.  This Vogue picture disc, catalog number R764 (according to this excellent discography), features Shep Fields and his Orchestra (also known as Shep Fields and his Rippling Rhythm Orchestra) performing Sunny Skylar and Patrick Lewis’s hit song “Whatta ya Gonna Do!” and everybody’s favorite “I Guess I’ll Get the Papers (and go home).”  The image is attributed only to the mysterious “Sprink,” an illustrator who painted many of the Vogue discs and we now know was the artist Walter F. Sprink.
Vogue picture discs were made from May 1946 until April 1947 by Sav-Way Industries, Inc. of Detroit, Michigan.  According to the history compiled by the now defunct Association of Vogue Picture Record Collectors, Sav-Way CEO Tom Saffady and his engineers developed a new and complicated manufacturing process to ensure 78 rpm discs that were not only aesthetically beautiful but also hi-fidelity audio.  Most of the Vogue records feature post-war big band jazz orchestras, but a few include blues and even some country from those famed Sweethearts of Country Music, North Carolina’s own Lulu Belle and Scotty (nee Myrtle Eleanor Cooper and Scotty Greene Wiseman), and Patsy Montana.
The exhibit opens this Thursday, October 20th, as part of a celebration of the UNC Music Library 75th Anniversary.
The exhibit Curating Sound: 75 Years of Music Collections at UNC will open with a keynote address at 5:45 p.m. by Dr. Tim Carter, the David G. Frey Distinguished Professor of Music at UNC, titled “Adventures of an Archive Rat, or How Kurt Weill Came to Chapel Hill in May 1936.”
At 6:30 p.m. will be a concert titled “From Early to Old-Time: A Concert of Music from the Collections.” UNC students, music library staff members, and community musicians will perform music in four genres: Irish traditional, Baroque, early rockabilly, and old-time.
Curating Sound features original publications and artifacts from the Music Library and the Wilson Special Collections Library and will be on view through Jan. 31, 2012.
We hope to see you on Thursday, October 20. 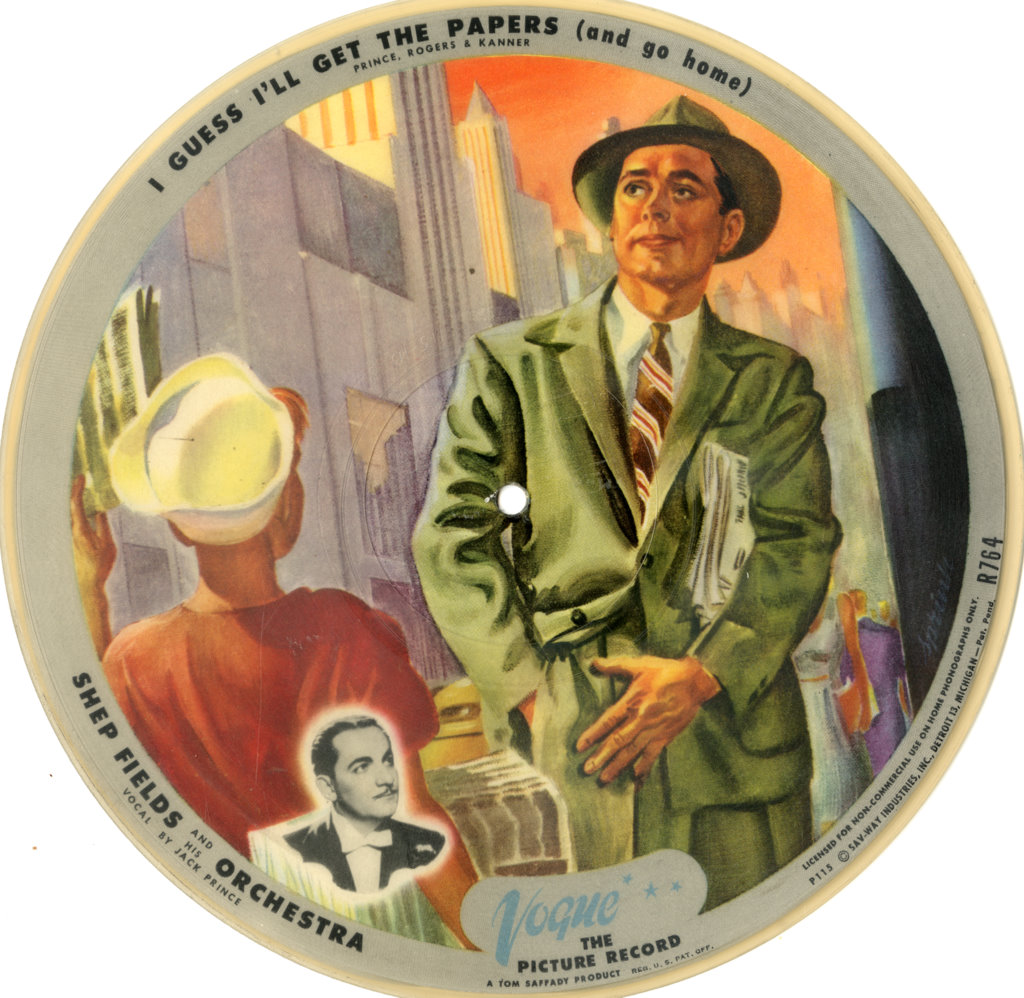