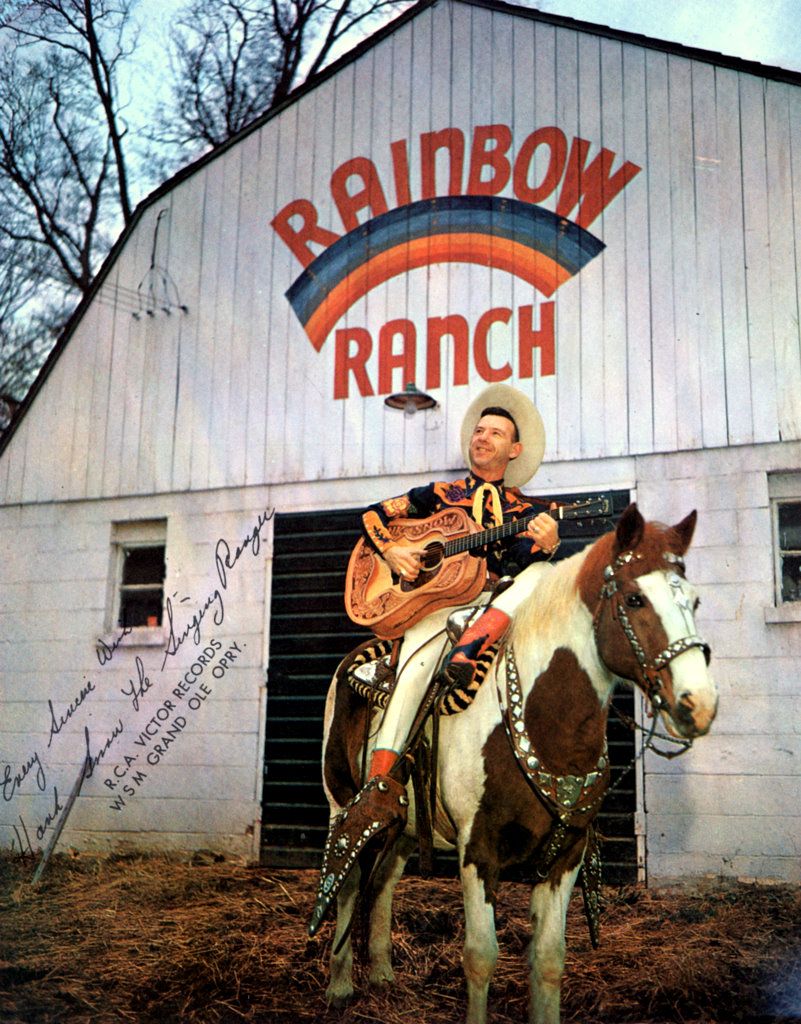 “Every Sincere Wish,” a rather open ended valediction, is what Hank Snow wanted for the recipient of this autographed photo, call no. P1600 from the John Edwards Memorial Foundation Collection (#20001). Perhaps he hoped that all their wishes might be granted, that all their dreams might come true? We like to think that Clarence Eugene “Hank” Snow was offering to grant the wishes himself, but with the caveat that they must be “sincere,” and pity the fool who tried to get one over on the “Singing Ranger.” Despite the lack of specificity, we agree with the sentiment and we extend it on to you via this great Canadian-American country music star from his Rainbow Ranch in Tennessee.
It’s been a busy fall at the SFC and we want to offer our thanks to all the participants–musicians, speakers, audience members, students, and staff–who contributed to the great success of the Southern Folklife Collection tribute concert and symposium in honor of blues legend Reverend Gary Davis. Stay tuned for upcoming information on our third concert in the SFC blues tribute series, this one dedicated to the legendary Son House.
Since many will be celebrating this coming holiday with a roasted bird, we thought it only appropriate to offer a version of “Turkey in the Straw” for your listening pleasure. This recording by the great King, NC fiddler Ralph McGee comes from open reel tape FT-12000, Tape 3 recorded at the 8th Annual Blue Grass and Old Time Fiddlers Convention, Veteran’s Park, Mount Airy, NC, 2 June 1979. Part of the Ralph Epperson Collection (#20401), this recording features fiddler McGee bowing with a toothpick. Maybe some of you fiddlers out there want to give it a shot this weekend after a good meal. Let us know how it works out.