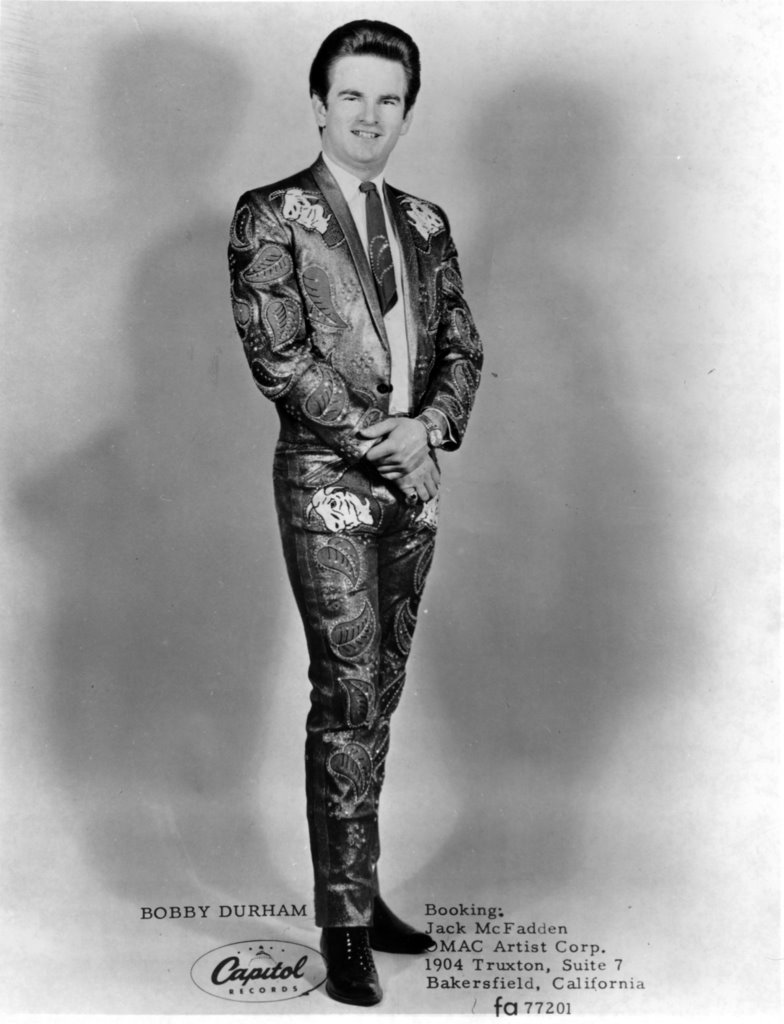 Bobby Durham was not just a smart dressed man. A prominent vocalist with the Bakersfield sound, Durham got his start in country music performing on California country music variety shows like Town Hall Party and Hometown Jamboree.  After stints with Cousin Ebb Pillings’s Ozark Squirrel Shooters and Jolly Judy and her Go-Go Daddies, Durham signed with Capitol Records in the early 1960s.  He scored a major hit with the Merle Haggard penned classic “My Past is Present,” earning Durham a 1965 Academy of Country Music Awards nomination for “Most Promising Male Vocalist.” Durham later joined The Crickets, performing some excellent progressive country with the group in the early 1970s.
Durham returned to Bakersfield in the 1980s, recording solo albums for Hightone Records like the popular Do You Still Drink Margeritas and Where I Grew Up.  Durham continues to perform with his Durham Band at Buck Owens’s Crystal Palace.
The photo above, call no. P599, is part of the John Edwards Memorial Foundation Collection (#20001).