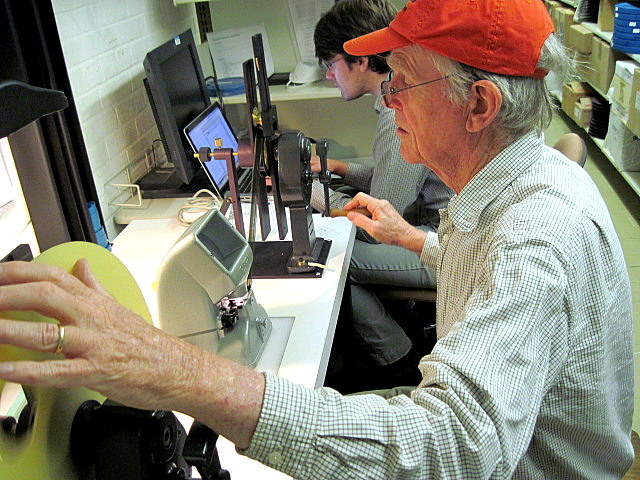 It has been a pleasure to have filmmaker and Folkstreams founder Tom Davenport working in the Southern Folklife Collection Ben Jones Film and Video Studio this week. Tom, along with the assistance of folklorist T. C. Owens, has been working through the original 16mm outtakes from the 1986 film, A Singing Stream. The entire documentary, which chronicles the lives of the Landis family of Granville, North Carolina, can be viewed at Folkstreams.net.
With interviews and stories, and scenes from daily life, reunions, gospel concerts, and church services, the film traces the history of the Landis family, highlighting the role of traditional acapella gospel singing in their relationships with each other and their community.  Particularly featured are performances by her sons’ gospel quartet The Golden Echoes.
Tom is looking at the original footage to see what scenes might be incorporated into a new film, tentatively titled Son of Singing Stream. Judging from his work here over the past three days, we can’t wait to see the results. 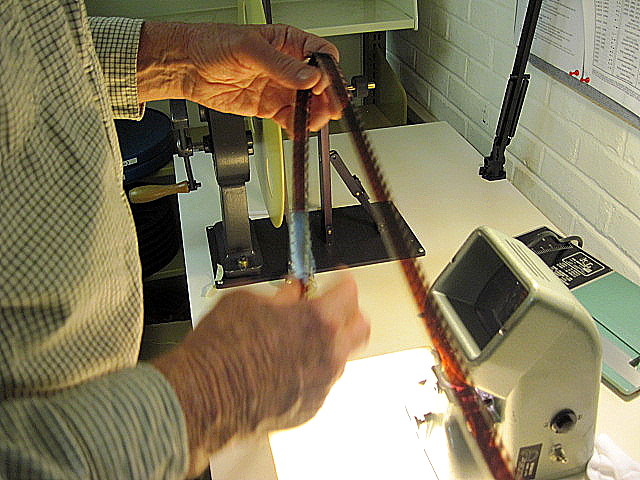 For more information about Tom Davenport’s films and A Singing Stream, see the following collections in the SFC: 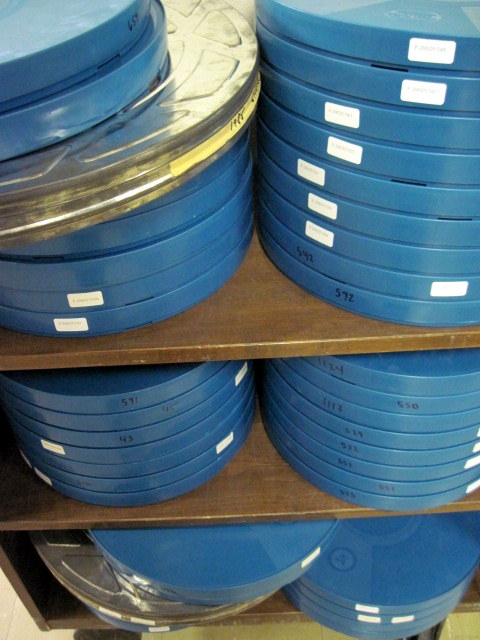