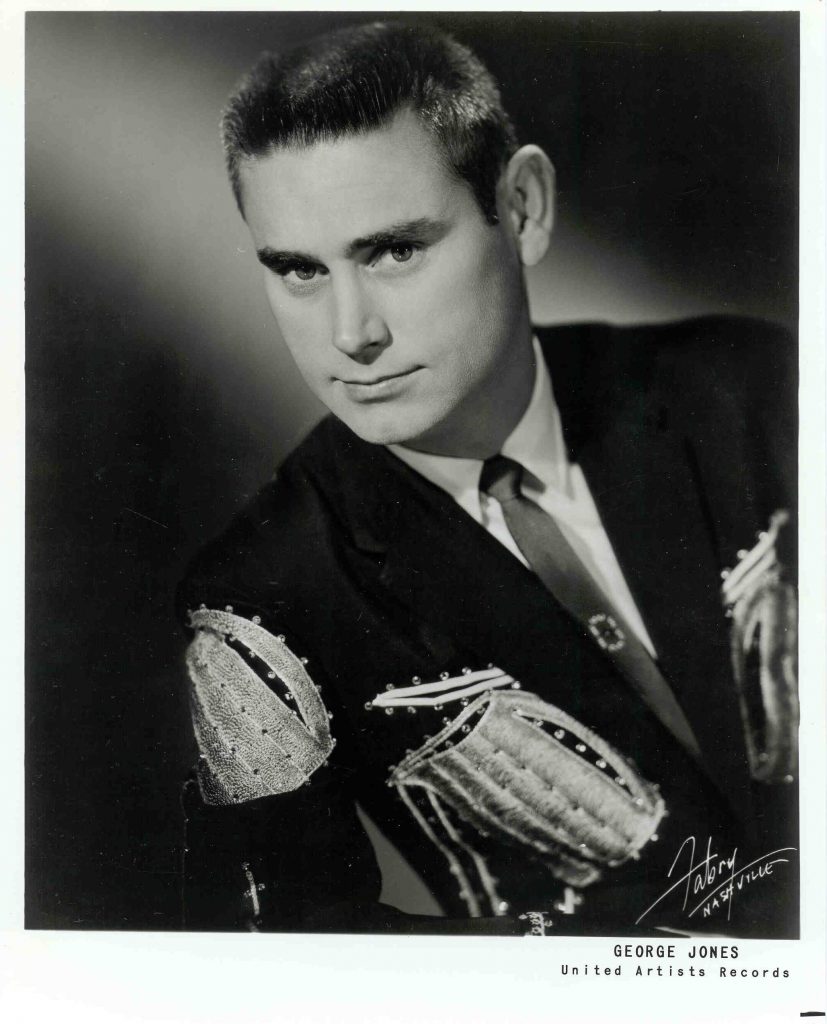 Country music legend George Jones died Friday in Nashville at the age of 81. Few artists have lived as hard as a character in a country song as The Possum. Born and raised in Texas, George Glenn Jones grew up with the roughnecks, cowboys, and lonely hearts of the East Texas oil-fields that populated the honky-tonk bars of Beaumont where Jones first made his mark.
In tribute to old Possum, we pulled out his first single recorded in 1954 for Pappy Daily’s Starday Records, the classic “No Money In this Deal,” Southern Folklife Collection call number 78-12324. Listen to that guitar intro (and what kind of name is “Loyce”?):78_12324_2_No_Money_In_This_Deal_Southern_Folklife_Collection

Jones’s incomparable knack for phrasing and brilliant vocal slides are already on full display. We listened to it three times in a row because it’s just so darn good. For me, however, it’s the b-side, “You’re In My Heart,” that made me a lifelong fan so many years ago. Play this one and let it sink in deep. The next time you are confronted with turmoils of the heart, ask yourself, what would George Jones do? Rest in peace, George Jones.
78_12324_You’re in my heart_Southern Folklife Collection