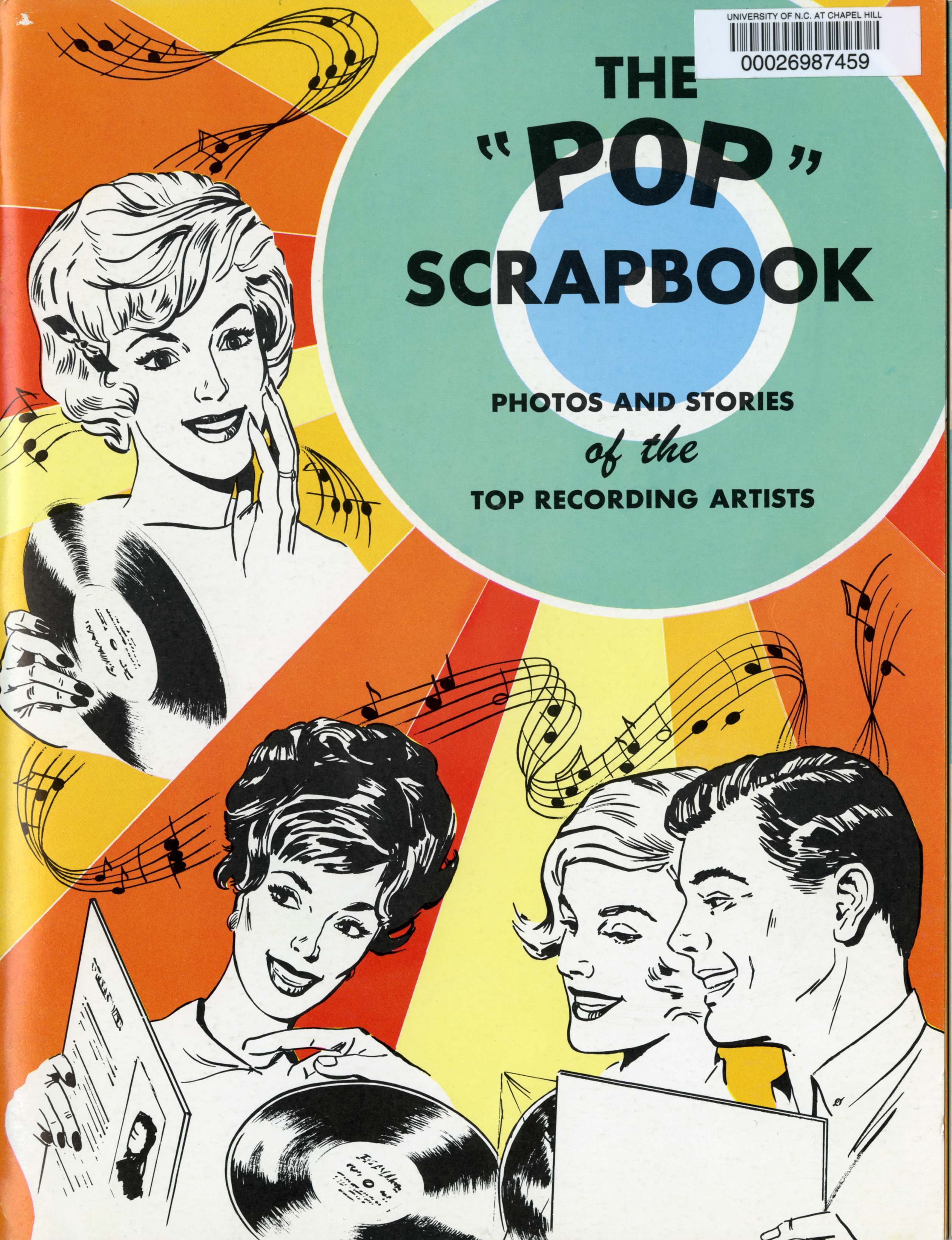 Fun research in the Southern Folklife Collection today. Always great to have an opportunity to dig through the SFC reference books. If you’d like to join us for some research, please visit Wilson Library and jump right in with one of these texts, like The “Pop” scrapbook : photos and stories of the top recording artists. 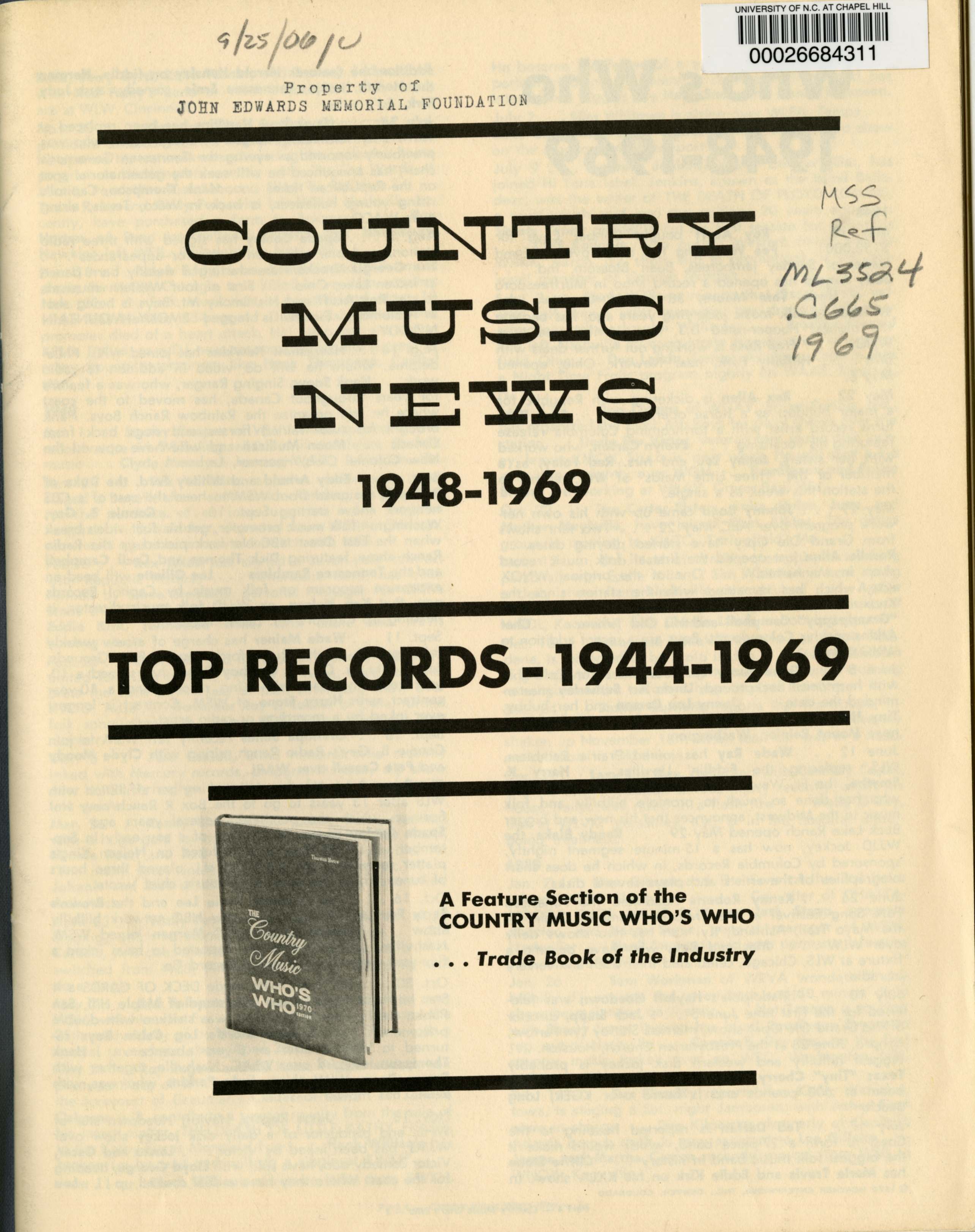 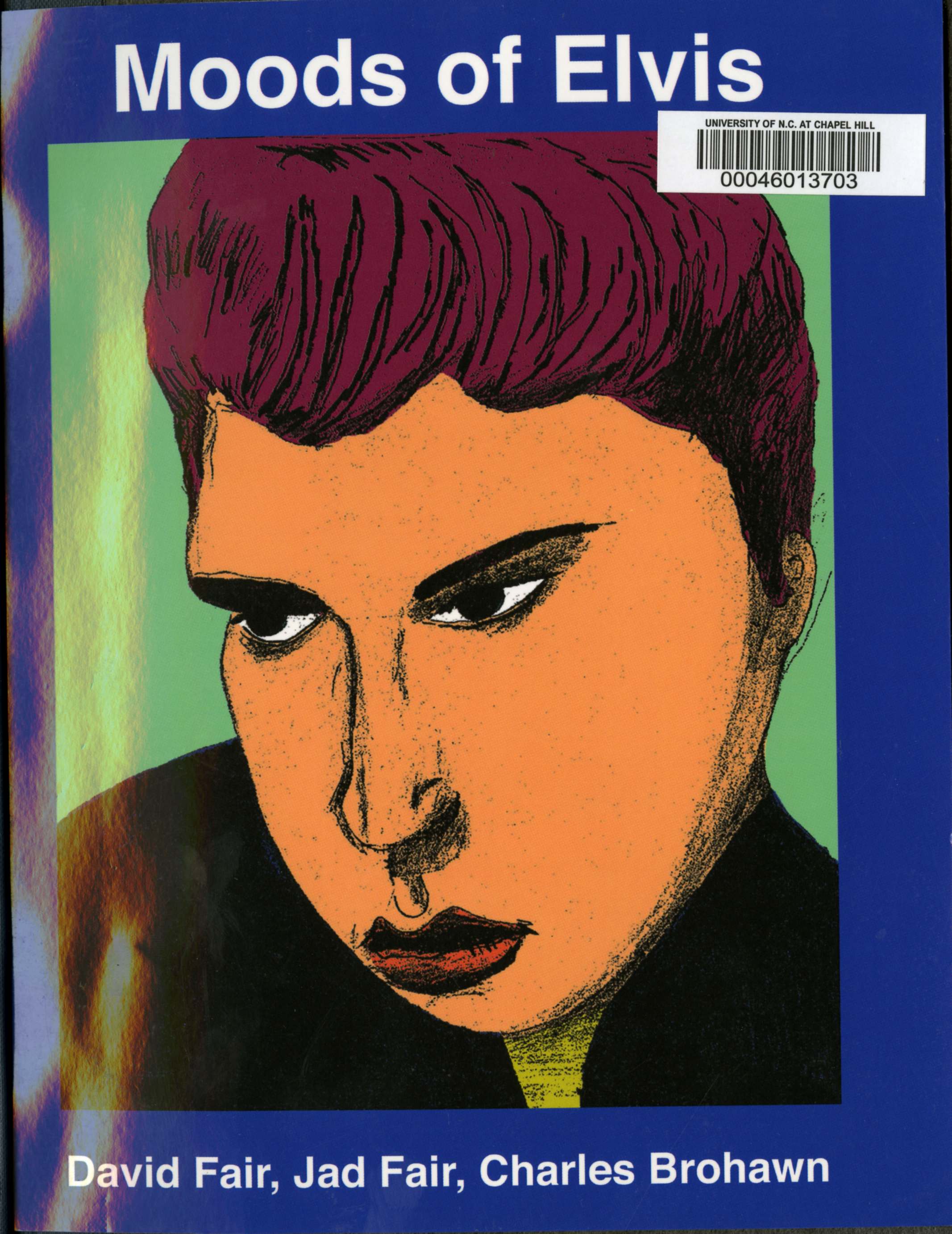 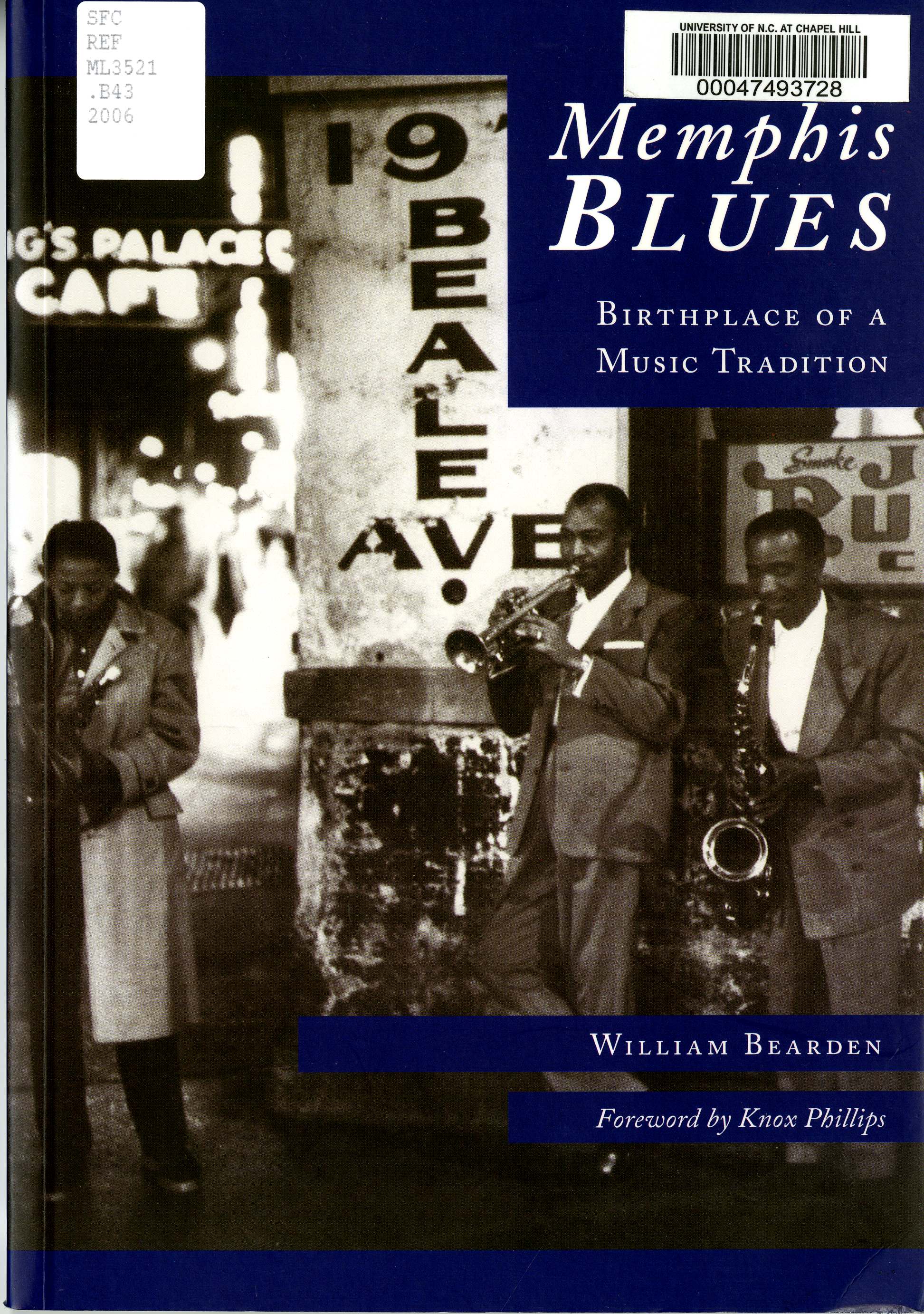 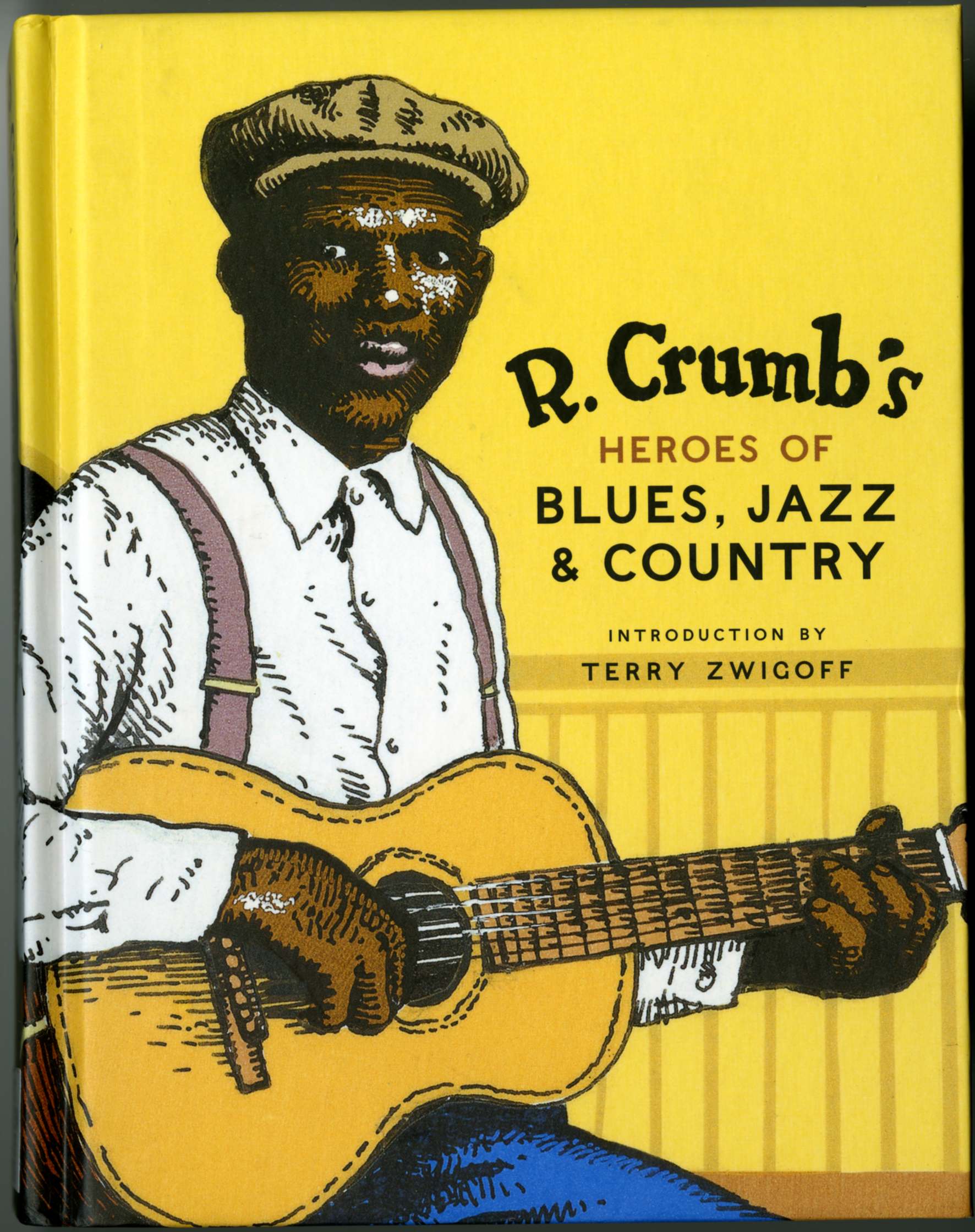 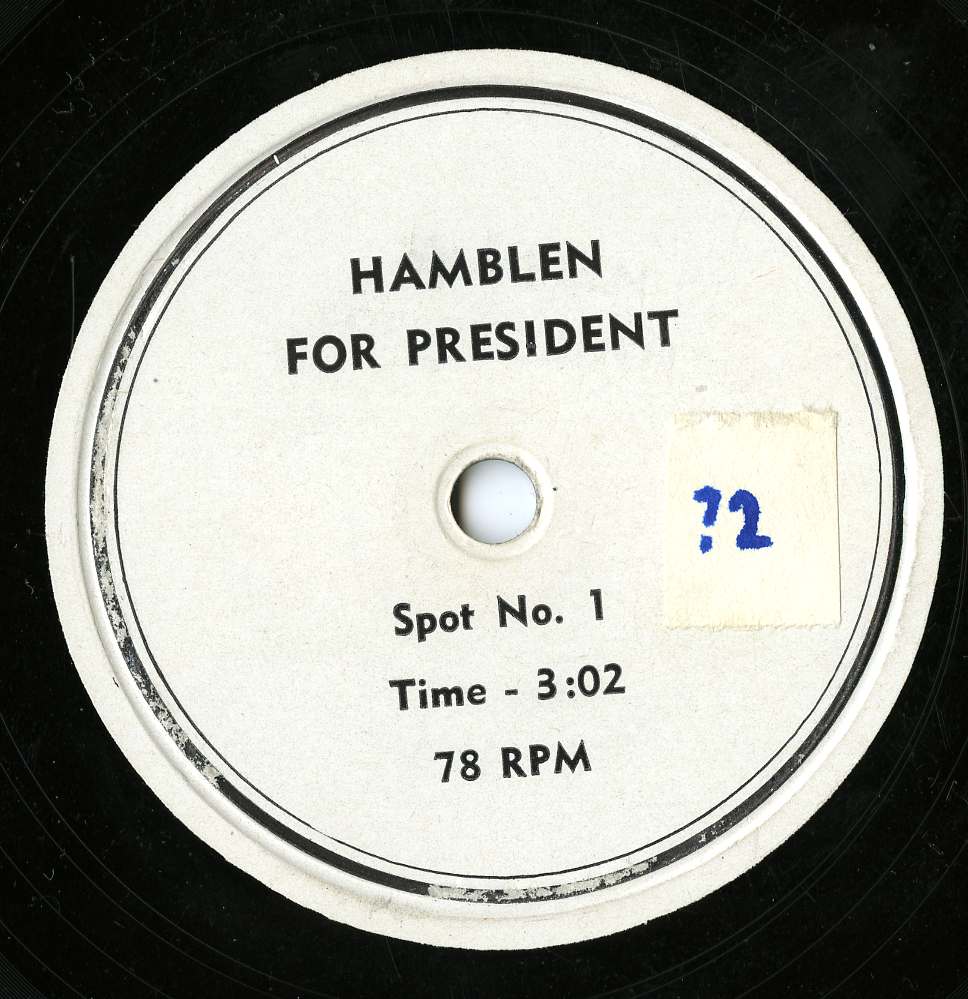 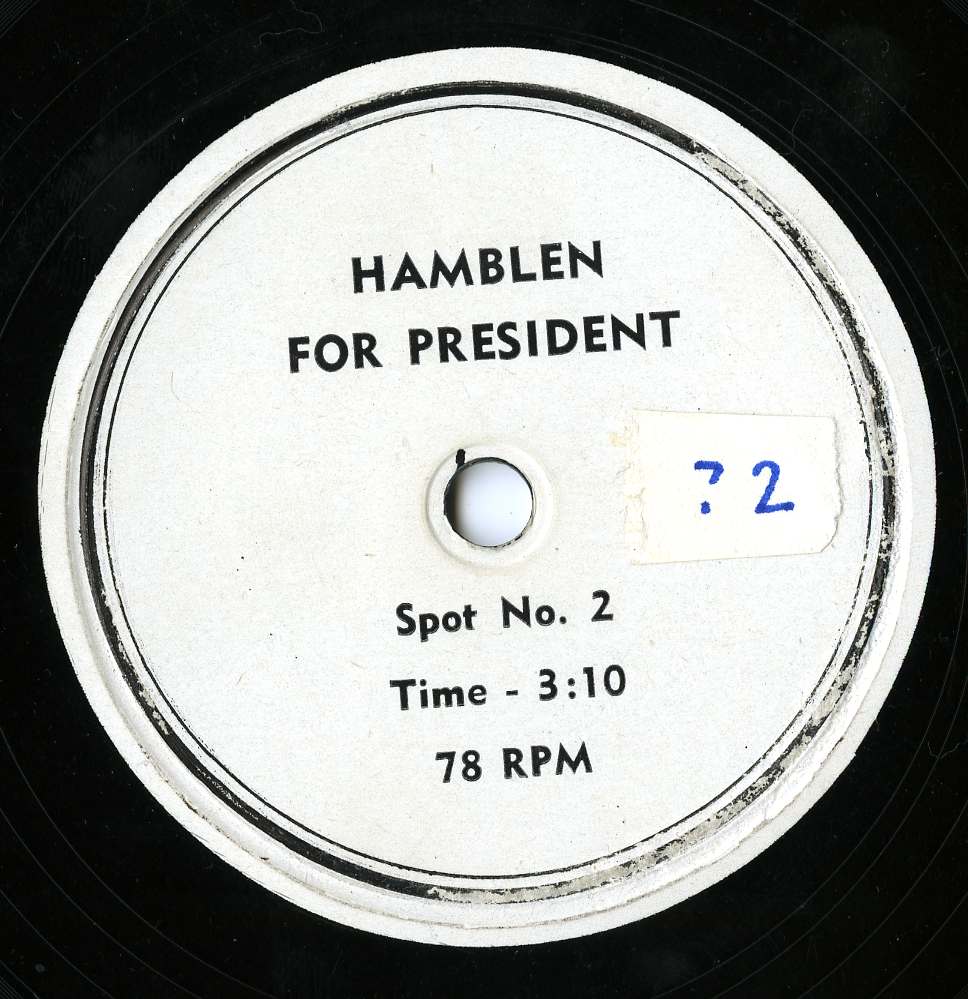 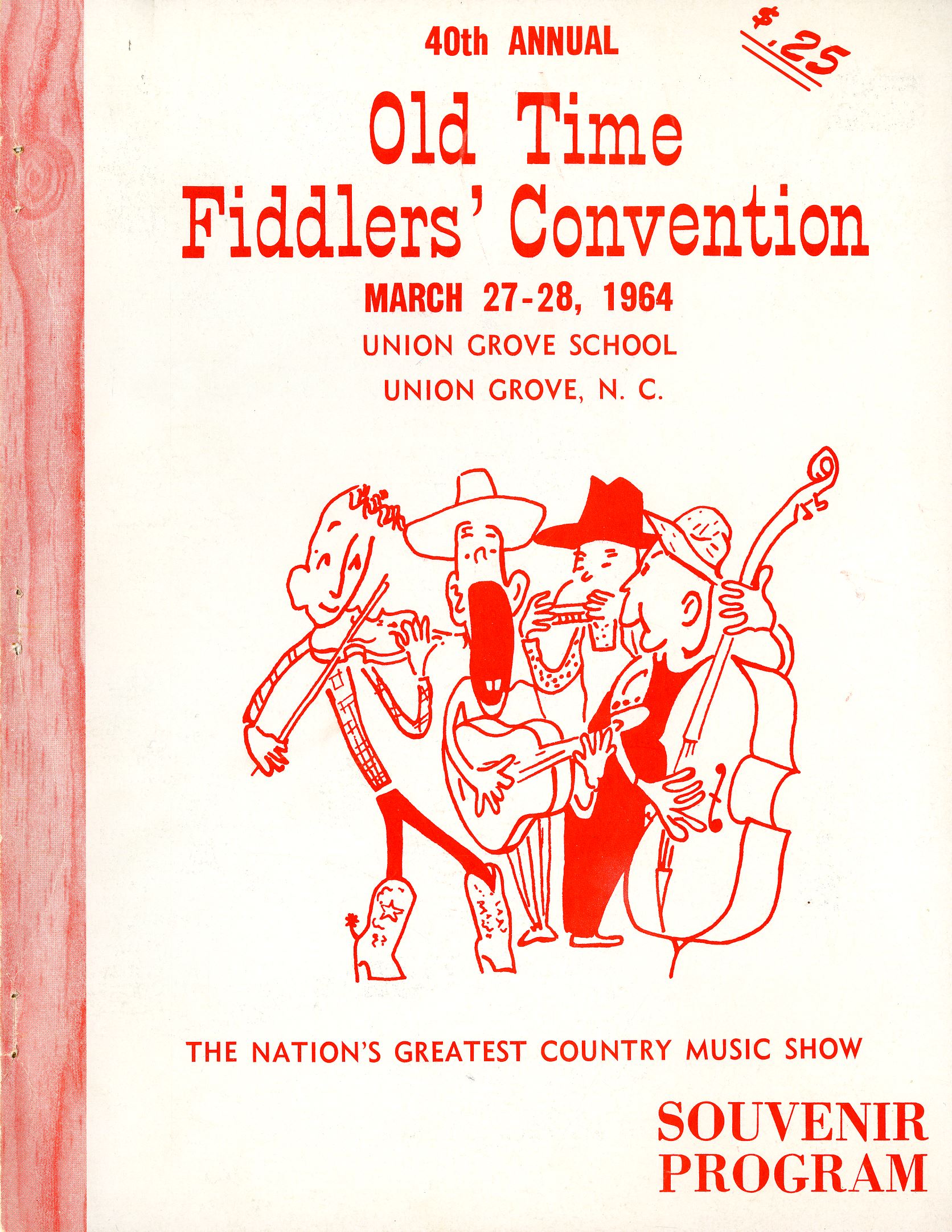 Grateful for the opportunity to research in the Fiddlers’ Grove Collection (20016) this week, my eyes were drawn to the iconic graphic design of the 1960s era souvenir programs in Folder 69 of the collection. Especially ripe for analysis is the advertisement for the Davie Electric Membership Corp, “Serving 9000 in six counties,” including North Iredell. That electrical plug really knows how to swing on that banjo.
The 1964 program also included a list of the the performers from 1963, including Bascombe Lunsford, the Mountain Ramblers from Galax, Jim Craver, The Blue Sky Boys, J. E. Mainer, Grandma Pearly Davis, and more. See the full line up below. The 2015 festival is coming up May 22-24 in Union Grove, NC. For more information about the Old Time Fiddlers’ Convention and Fiddlers’ Grove Campground, visit the Southern Folklife Collection at the 4th floor reading room in The Wilson Library. 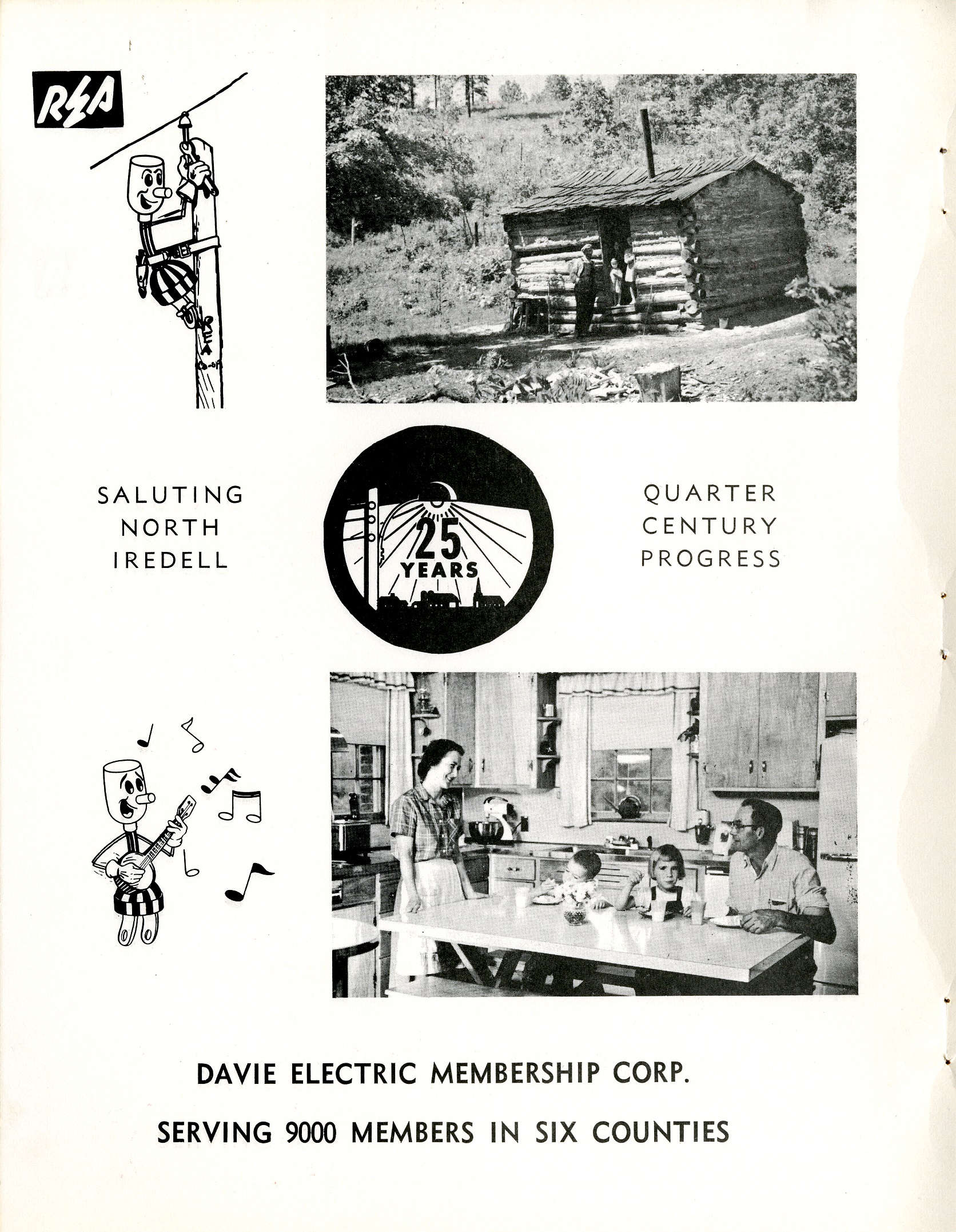 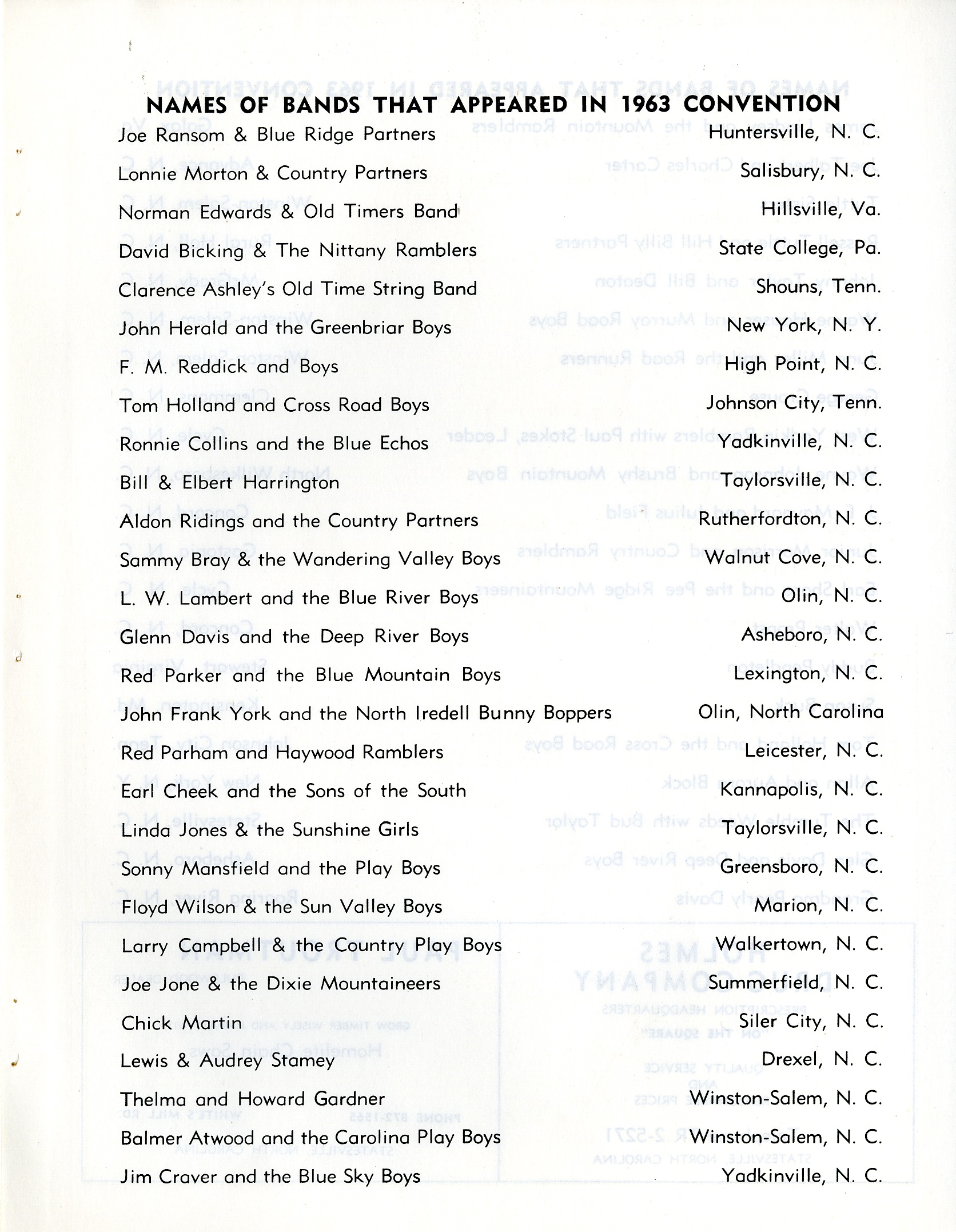 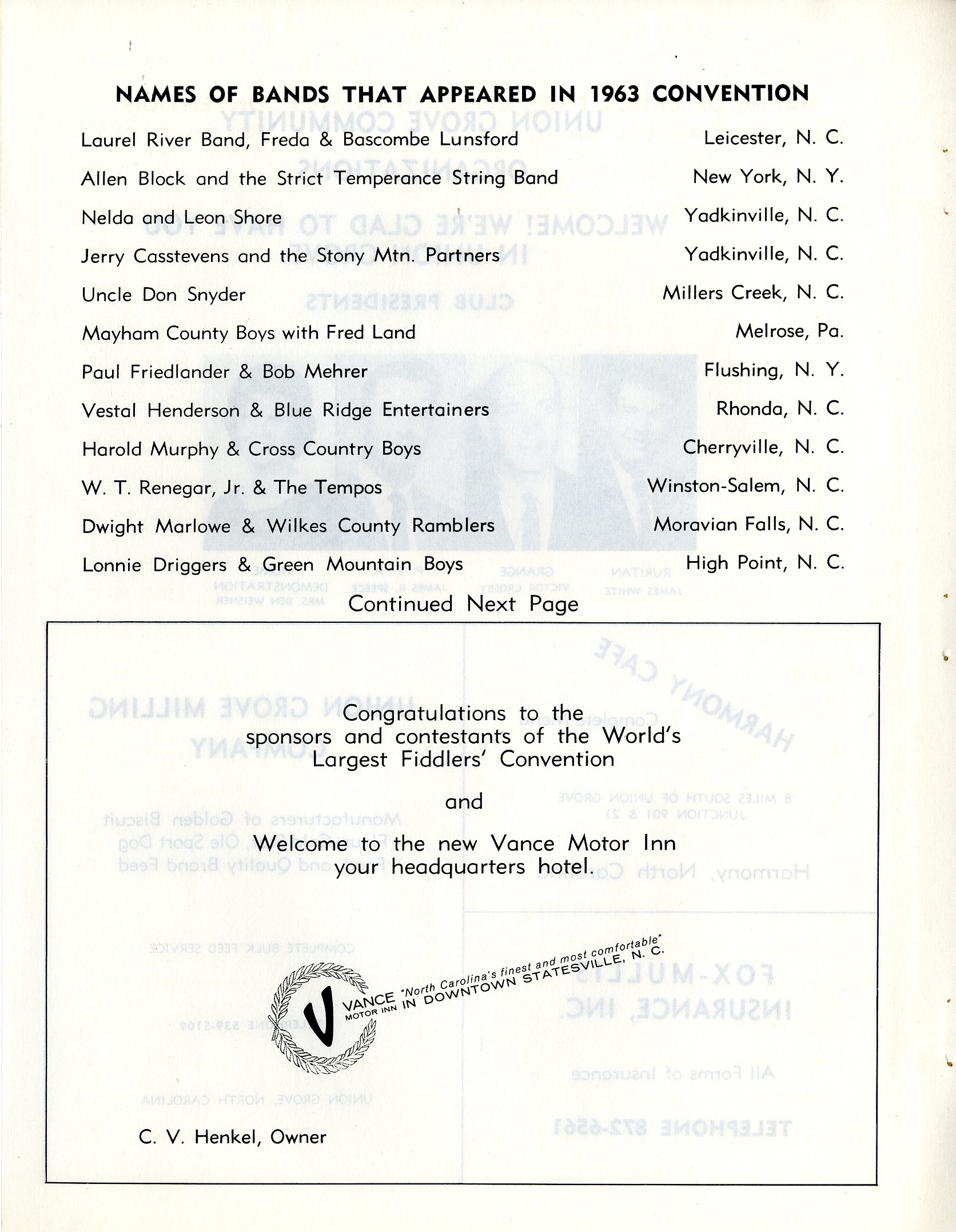 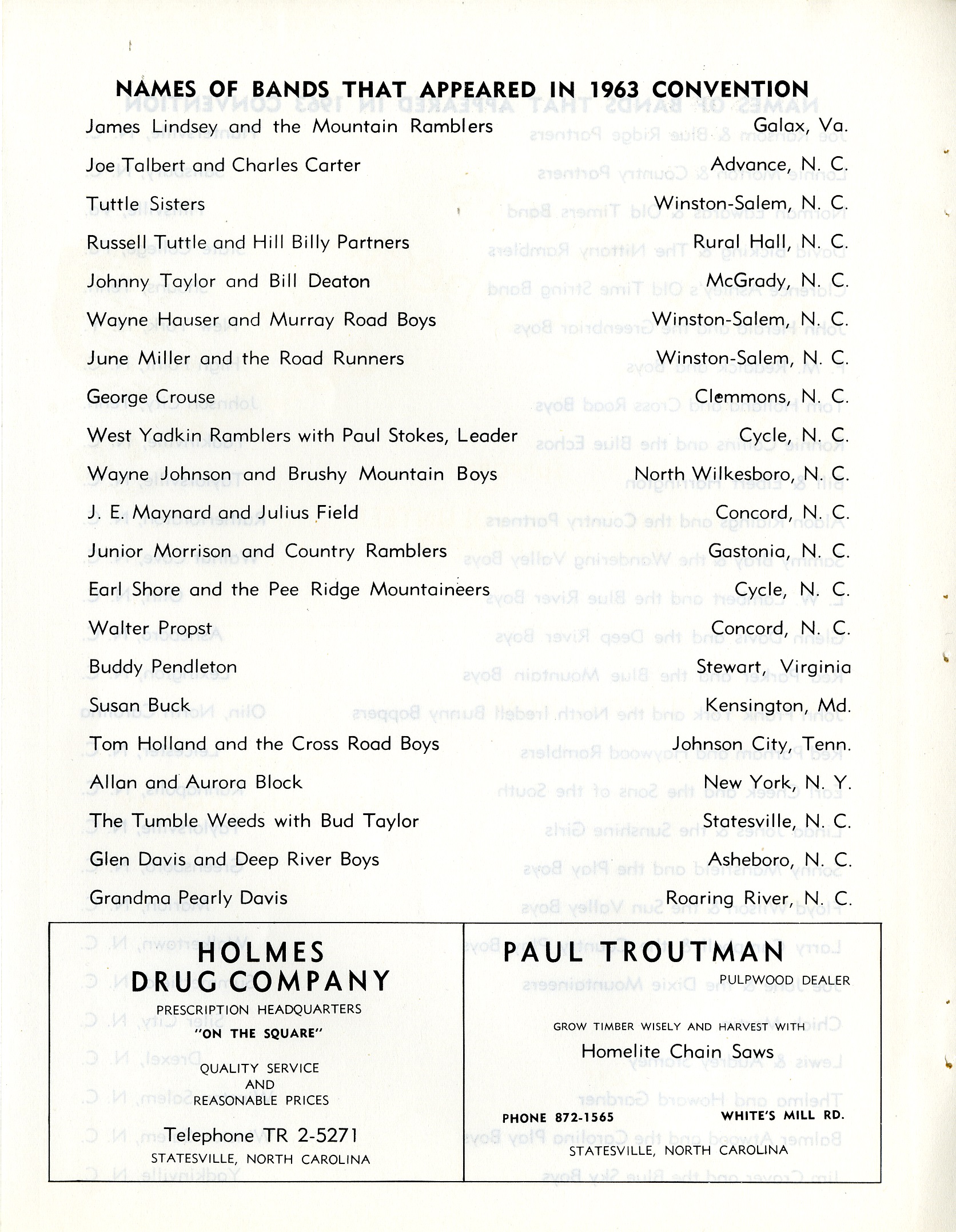