The world lost another giant today when Merle Haggard left this earth for honky-tonk heaven. The Southern Folklife Collection was privileged to welcome Mr. Haggard at our 25th anniversary celebration in 2014. Seeing him perform at UNC’s Memorial Hall is an experience that will not be forgotten. It was a spectacular performance and I was practically giddy when Haggard picked up the fiddle. 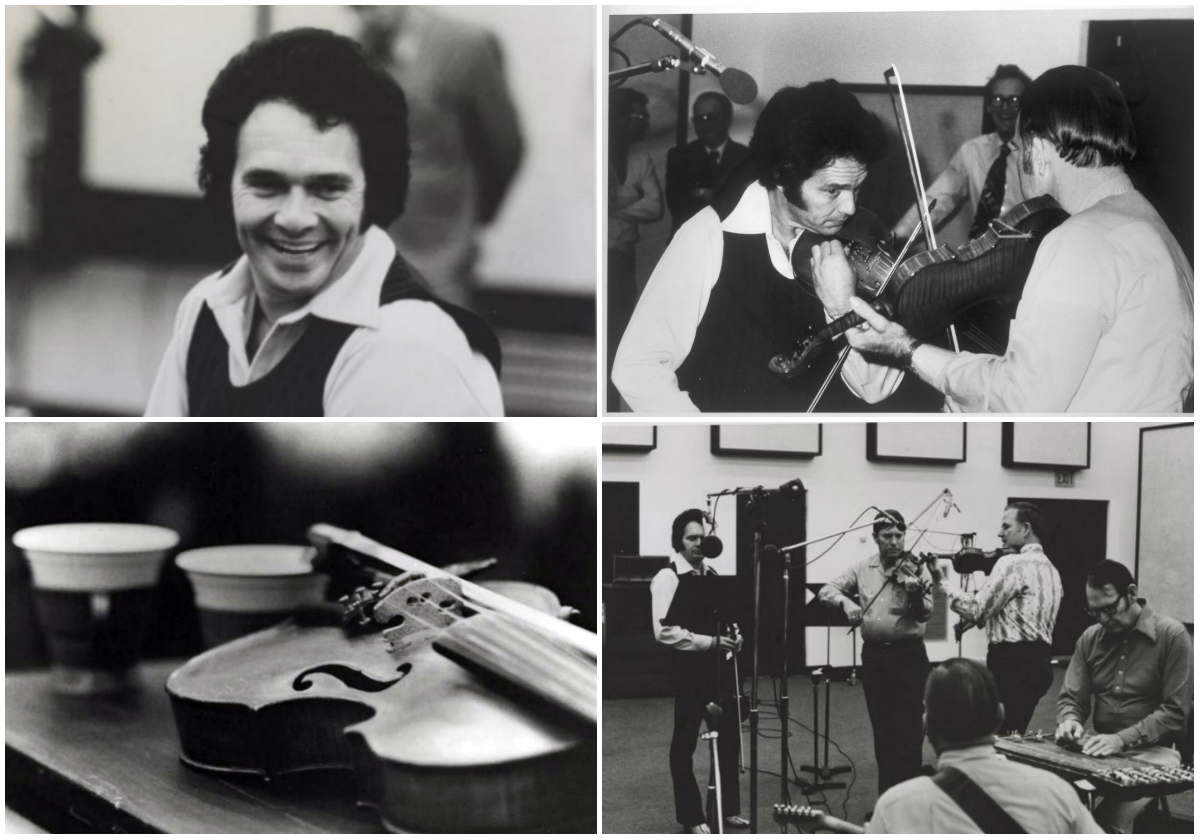 At the SFC, we would like nothing better to spend the foreseeable future exploring the collections for Merle Haggard content to geek out on and reminisce about the first time we heard one song or another, but, and I think Merle would agree, we have other work to do; other fiddle players to celebrate and mountains of music to share with the world. I discovered countless artists through Haggard, not the least of which was Bob Wills. Even though I come from Texas, it was Merle who introduced me to the “best damn fiddle player in the world.” But for today, I’ve got “Rainbow Stew” on the deck and I pulled out these pictures I have looked at many times from the John Edwards Memorial Foundation Records (20001) documenting the recording sessions for Bob Wills’s final album, For the Last Time. Sessions, produced by the legendary guitarist Tommy Allsup (another former Cricket like Bobby Durham), took place just outside of Dallas on December 3 and 4, 1973.
Haggard drove all night from Chicago to participate on the final day after begging permission from Wills to attend. Sadly, Wills was unable to complete the session after suffering a severe stroke on the night of December 3 and slipping into a coma the following day never to retain consciousness. Haggard and the band, the first reunion of the Texas Playboys since Wills disbanded the group in the 1960s, pressed on with noted successor of the Bob Wills sound Hoyle Nix stepping up into the boots of his hero to lead the group.
We are not positive, but we believe the photos above include Haggard, fiddlers Keith Coleman and Johnny Gimble, steel guitarist Leon McCauliffe, and the back of guitarist Eldon Shamblin’s head.
Rest easy, Merle. Hope the music is as good in the next place as you made it here.