Please join us at Southern Foklife Collection for a very special performance by Folk singer, songwriter, and storyteller David Massengill on September 15, 6-7 p.m., in the Pleasants Family Assembly Room at UNC’s Wilson Special Collections Library. The event is free and open to the public.

Massengill creates “story songs” deeply rooted in folk traditions, while incorporating keen observations of modern American life. He graduated from UNC-Chapel Hill in the mid-1970s and moved to New York shortly after for Greenwich Village’s notable folk scene. Massengill’s songs have been covered and recorded by Joan Baez, The Roches, Nanci Griffith, and Dave Van Ronk.
In preparation for Massengill’s visit, we have been revisiting some of his performances recorded and distributed via Fast Folk Musical Magazine, a remarkable monthly publication featuring a complete LP of live recordings by artists from the Folk City and Songwriter’s Exchange scenes in New York in the early 1980s. Enjoy a couple of clips from one of our favorite Massengill compositions, “My Name Joe” and an early piece off one of the earliest Fast Folk releases, “Down Derry Down”
my_name_joe
down-derry-down-clip 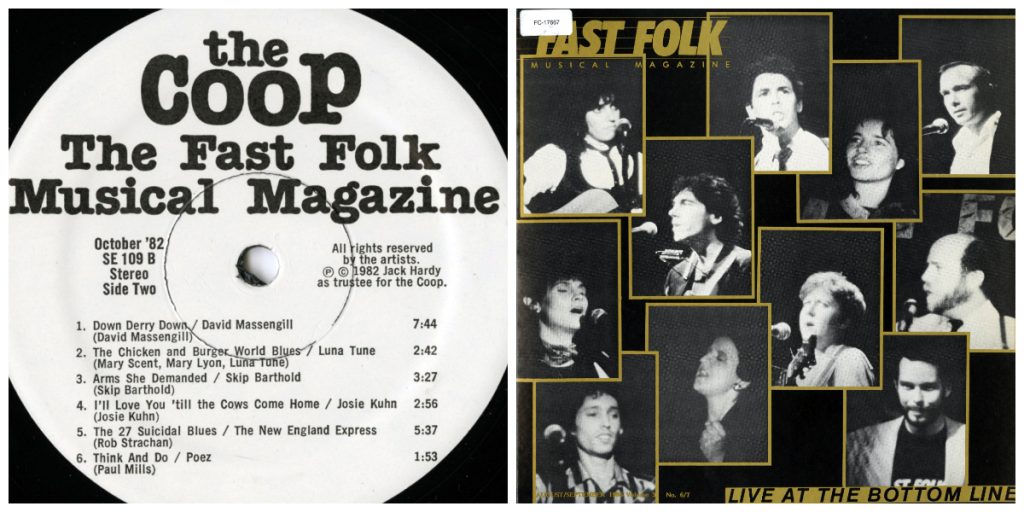