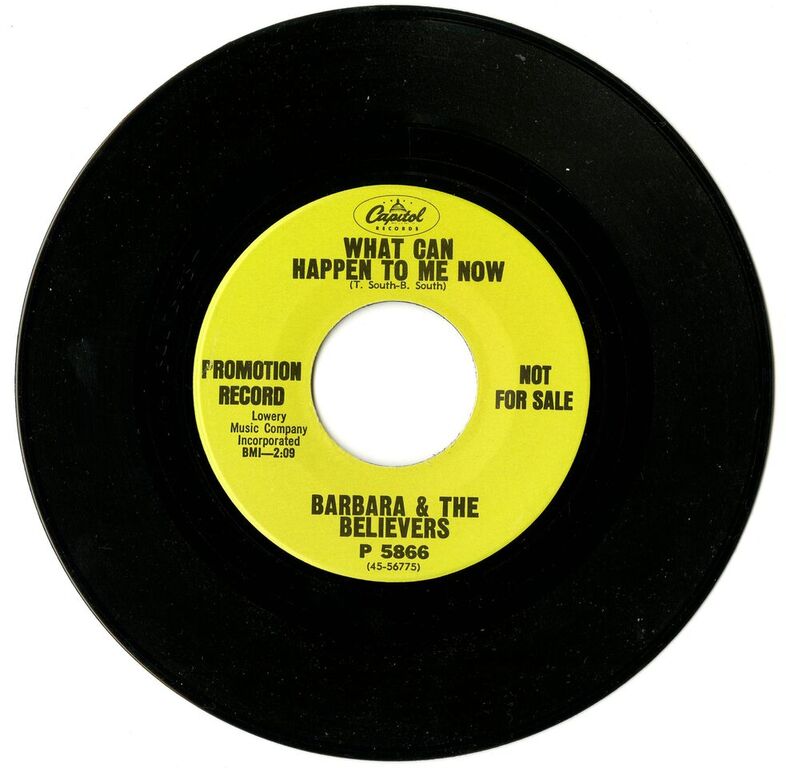 Here’s a rarity from the SFC stacks- the only commercial recording from the family band Barbara & the Believers, featuring Barbara, Tommy, and notably Joe South [*correction edit 10/24/2022: Barbara and Tommy South were married. Tommy South and Joe South were siblings] who would win a song of the year Grammy only a few years later for the 1970 hit “Games People Play”. Barbara South’s solo career would never take off, but she would continue to provide background vocals for artists from country great Roy Orbison to the niche R&B/gospel singer Lorraine Johnson. “What Can Happen to Me Now” is a catchy soul/pop tune with an upbeat rendition of “When You Wish Upon a Star” on the flipside, listen to it below.
45_1045_B_what_can_happen CLIP