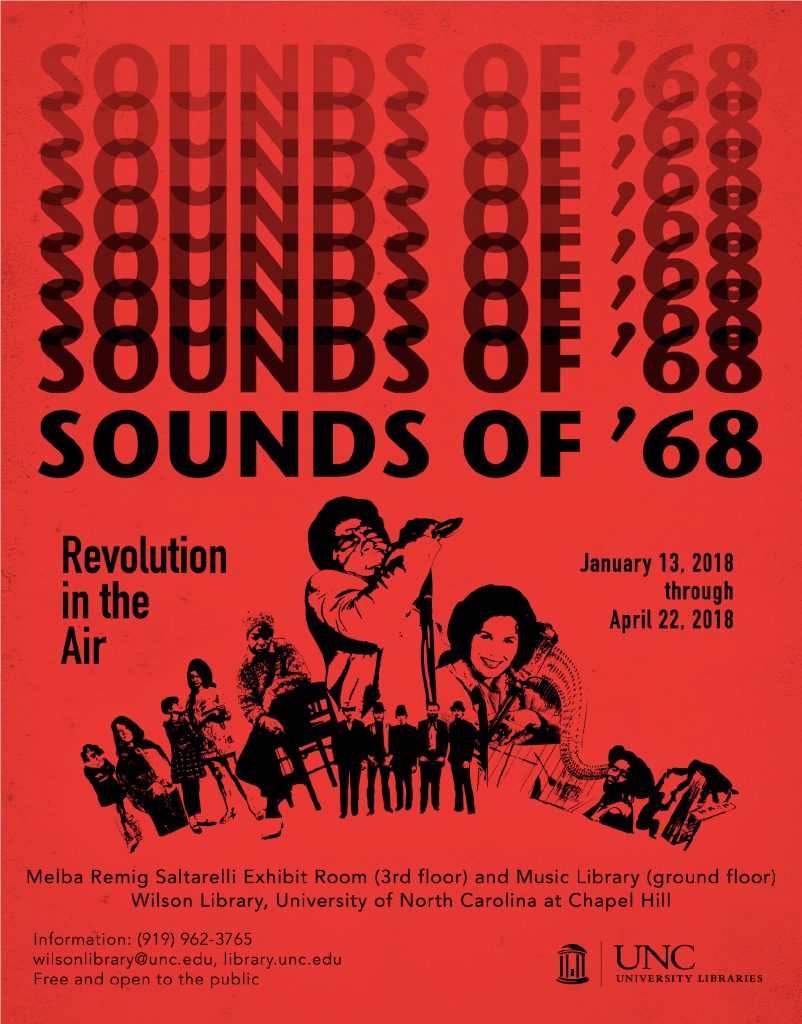 1968 was a year that reshaped American society and American music. It was the year that Marvin Gaye heard it through the grapevine, Janis Joplin gave away another piece of her heart, James Taylor went to Carolina in his mind, and Johnny Cash recorded a landmark concert at Folsom Prison.
The musical legacy of that year was the topic of an exhibition at UNC’s Wilson Library earlier this year. “Sounds of ’68: Revolution in the Air” draws from the deep holdings of UNC Libraries’s North Carolina Collection Photographic Archives, Music Library, and Southern Folklife Collection. It celebrates the recordings and the artists that defined an era.
While the exhibit is no longer up, we thought we would use Field Trip South to offer a virtual exhibit experience.
of the album covers of classic LPs, reproductions of advertisements published in Billboard magazine and Cashbox, and rare photographs of artists such as Johnny Cash, Odetta, and Thelonious Monk during their North Carolina tours.
1968 was a highly charged year. A divisive presidential campaign, the Vietnam War and protests against it, and the assassinations of Martin Luther King, Jr. and Robert Kennedy all rocked the nation. The exhibition captures a musical scene that reflected deep changes in culture and society—from psychedelic blues to country, and from soul to musical theater and classical composition.
We’ll post a new album every week so check back next week. Up first, a pair of albums pushing blues into the outer limits, Electric Ladyland and Cheap Thrills.