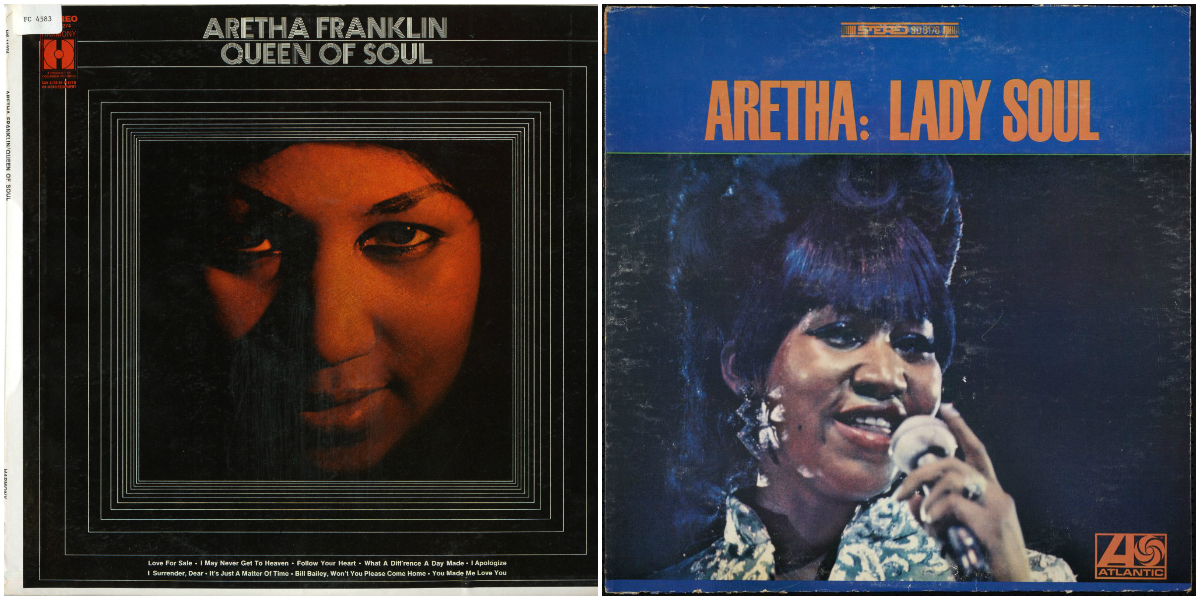 Peace to the Queen of Soul, may she rest in power. The love she brought to this world will forever be a spirit in the dark for so many. We had an emotional listening session in the studio this morning, sharing some of our favorite tracks from LPs in the Southern Folklife Collection. We started with one of her early recordings from 1962, a selection of spirituals released on Battle records that also featured singer Sammie Bryant and Franklin’s father, Rev. C. L. Franklin. Listen to her intro to “Precious Lord, Part 2” here: 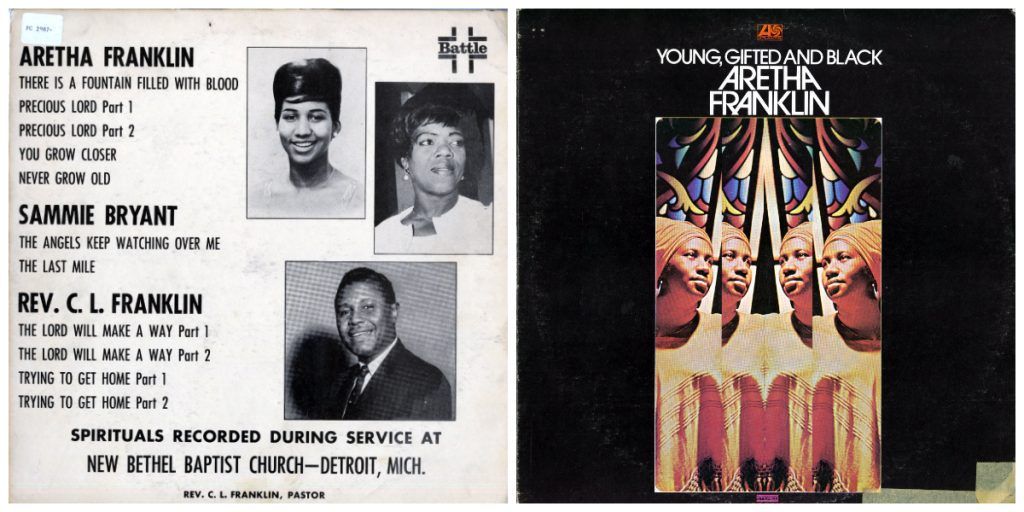 With a voice that resonated with sounds from the past and into future of American music, she used her gifts to lift people up. Her voice commanded attention, and she used it to communicate a call to freedom rooted in feminism and the remarkable power of her being. When Franklin sang a song, she made it her own, whether it’s Otis Redding’s “Respect” or Nina Simone’s “Young Gifted and Black” from the 1972 album of the same name. Listen to a clip here: 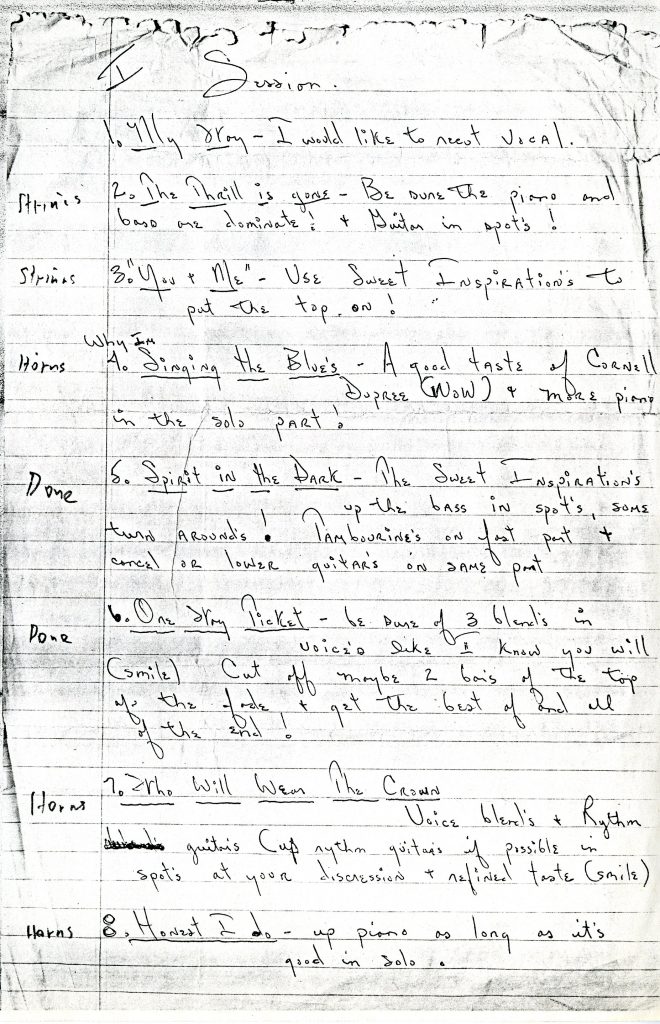 It’s “Spirit in the Dark,” one of Franklin’s original compositions that we turn to again and again. In the Jerry Wexler Collection (20393) there are some photocopies of Franklin’s session notes for mixing the 1970 album of the same name. We loved reading her concise notes clearly directing the session according to her artistic vision-“Up the bass in spots, some turn arounds!  Tambourines on fast part…”  We wrapped the session with her live recording of the song from her 1971 album Live at Fillmore West. Looking at the gatefold image from the LP, we can only imagine what that night must have been like. Going to return to this one again and again as we remember the one and only Queen of Soul. 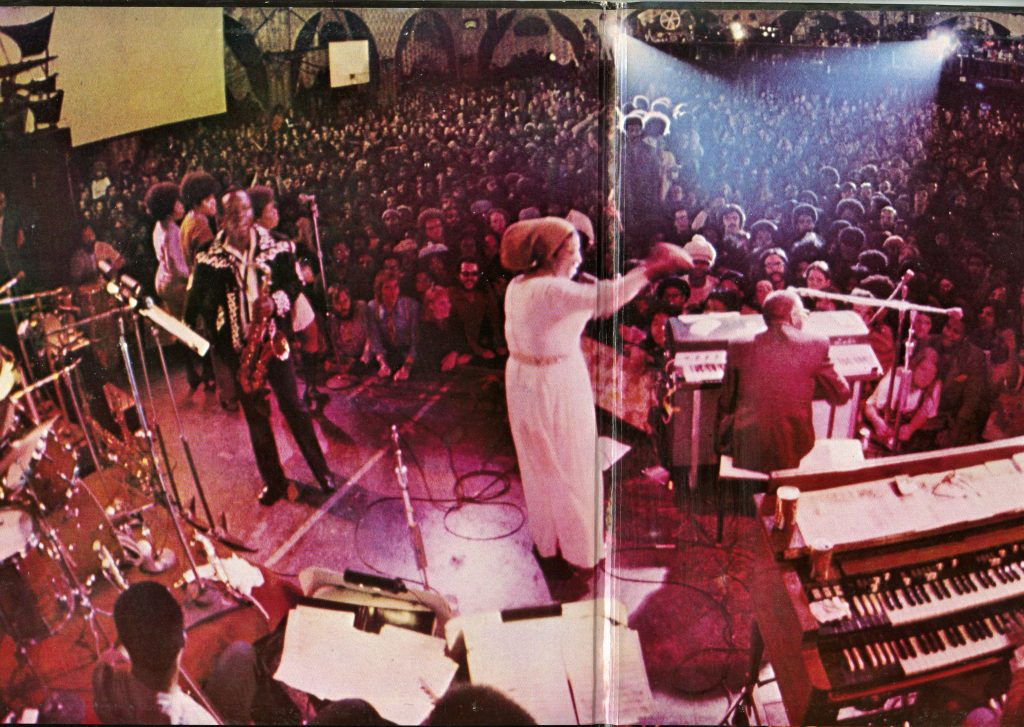