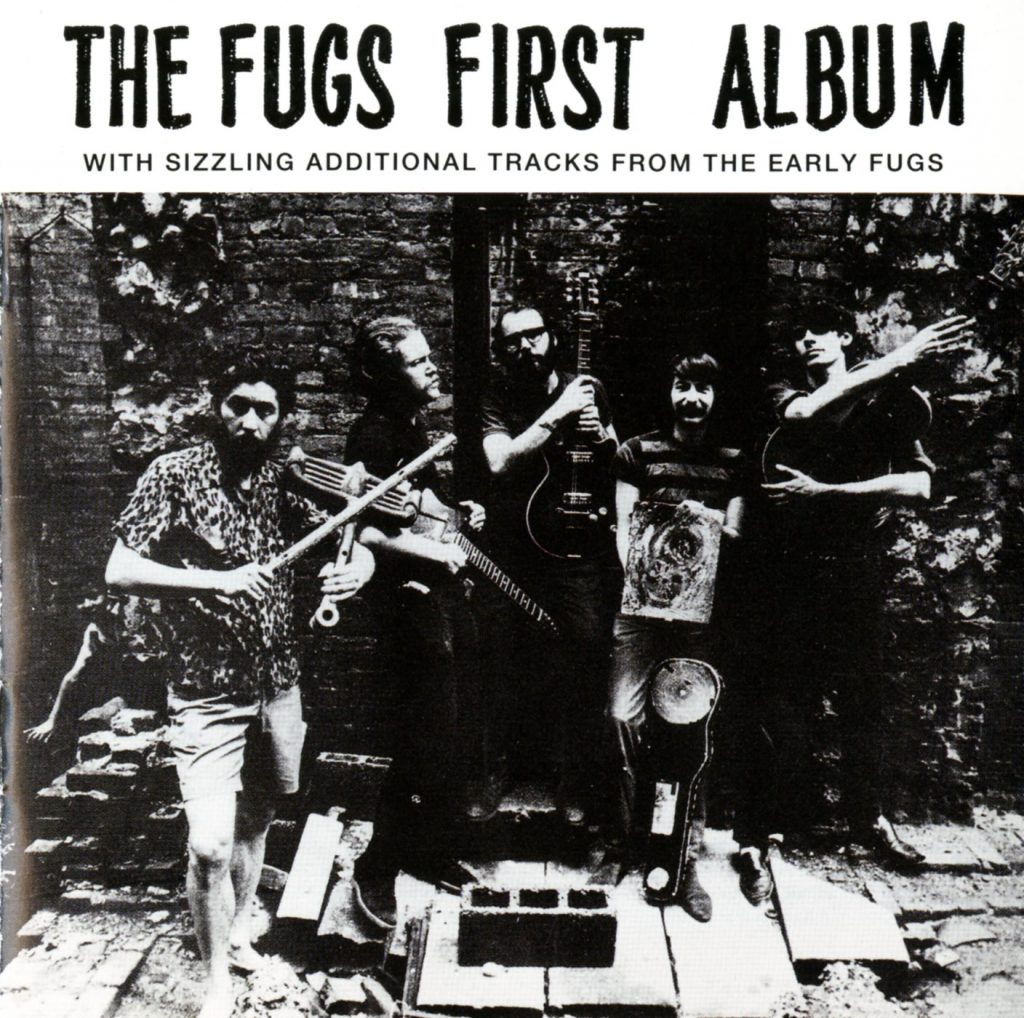 I woke up this morning to learn that David Bowie had left the planet Earth. Like so many, I was unprepared for this news.  As the day progresses, the impact of the world’s loss cuts deeper with every youtube link shared by his seemingly endless legions of fans and the very poignant memorials shared by his closest friends. I think I need a day or two before I can handle Blackstar again, but what do you do when you can’t handle listening to your David Bowie catalog but you want to pay tribute to one of the most important artists of our time? Track down the recordings the man himself venerated.
In November 2003 Bowie selected 25 favorites from his collection in a Vanity Fair article called “Confessions of a Vinyl Junkie.” The list includes Toots and the Maytals’ Funky Kingston, Harry Partch’s Delusion of the Fury, and the Fugs’ 1966 self-titled record.
The Fugs, anchored by poets Ed Sanders and Tuli Kupferberg, recorded irreverent songs like “Group Grope” and “Kill for Peace,” with little regard for production values or flawless takes.
Bowie’s description:
“The sleeve notes were written by Allen Ginsberg and contain these prescient lines: ‘Who’s on the other side? People who think we are bad. Other side? No, let’s not make it a war, we’ll all be destroyed, we’ll go on suffering till we die if we take the War Door.’ I found on the Internet the text for a newsprint ad for the Fugs, who, coupled with the Velvet Underground, played the April Fools Dance and Models Ball at the Village Gate in 1966. The F.B.I. had them on their books as ‘the Fags.’ This was surely one of the most lyrically explosive underground bands ever. Not the greatest musicians in the world, but how ‘punk’ was all that? Tuli Kupferberg, Fugs co-writer and performer, in collaboration with Ed Sanders, has just finished the new Fugs album as I write. Tuli is 80 years old.”
That list was written twelve years ago and Kupferberg, too, has since shuffled off this mortal coil – but not before creating art in various media through several decades. Perhaps we shouldn’t be surprised Bowie, who released an album two days before his death, counted Tuli among his heroes. And so now we’ll listen to The Fugs, and imagine David Bowie listening to The Fugs, and imagine Tuli listening to David Bowie. And it won’t be forgotten. May the fantastic voyage continue.