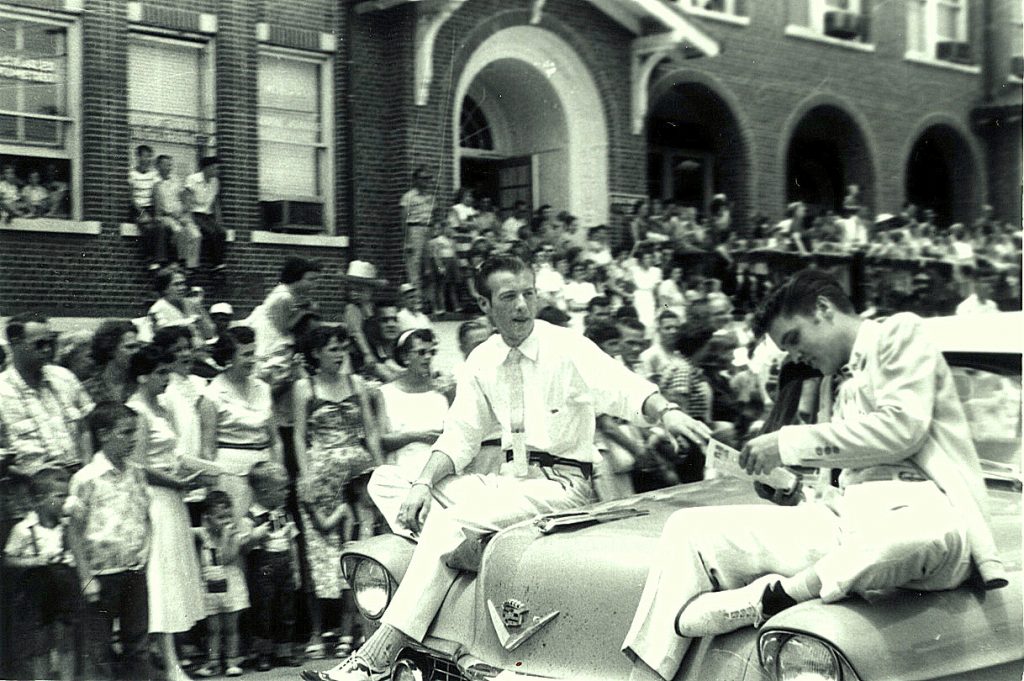 Our last post reminded me of this photo from our general collection, a snapshot of Elvis Presley riding in a parade. Someone much more famous must be riding behind, because no one in the crowd is looking at Elvis. We aren’t sure where or when this photo was taken or who is riding along, but if you think you know please drop us a line in the comments. The photo was taken in 1955 at the Jimmie Rodgers Festival in Meridian, MS. The man on the left is Jimmy Snow.