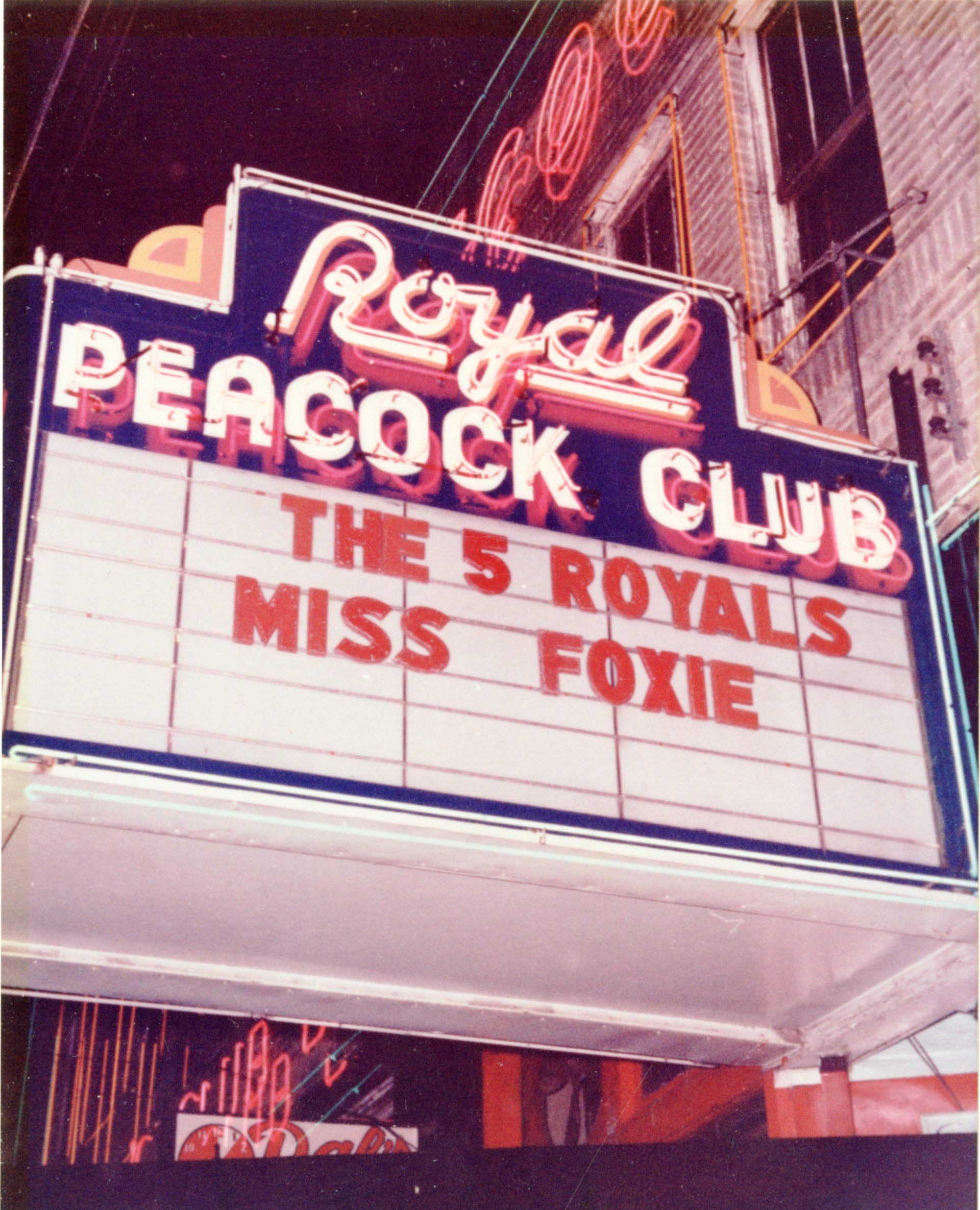 Excellent and exciting news this week that the “5” Royales are to be inducted into the Rock and Roll Hall of Fame in the “early influences” category. Many have supported their nominations in the past, the “5” Royales were recipients of the North Carolina Folk Heritage Award in 1992, but we were glad to see the band from Winston-Salem, NC recognized internationally for their significant contributions to American music. As the repository for the J. Taylor Doggett Collection (20286), the Southern Folklife Collection holds a variety of materials documenting the “5” Royales career and music. 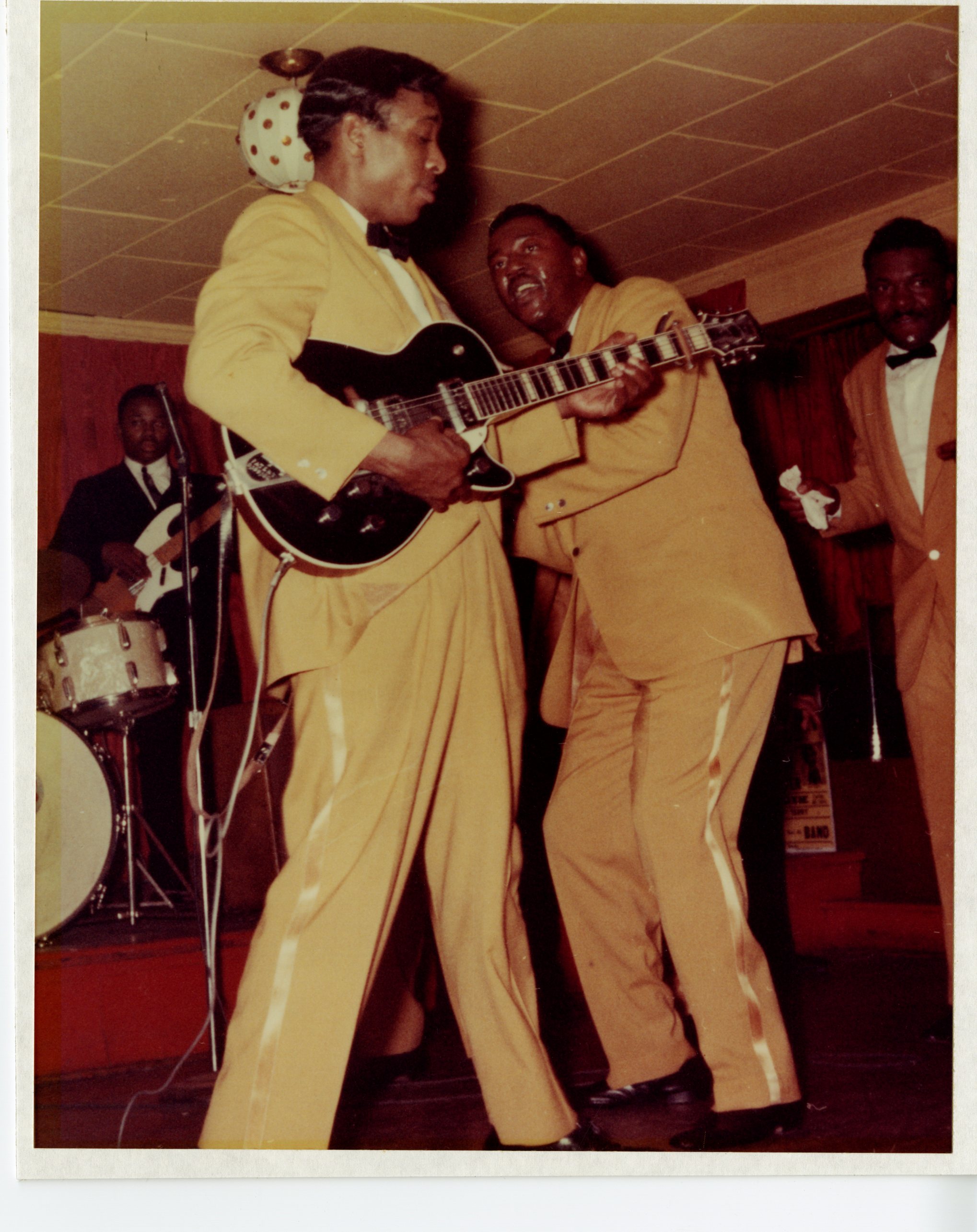 The “5” Royales series documents Doggett’s extensive research and collecting efforts relating to the careers of constituent members Lowman Pauling, Clarence Paul, Curtis Pauling, Obadiah Carter, Johnny Tanner, Eugene Tanner, Otto Jeffries, and William Samuels. There is also music of the Royal Sons, EL Pauling and the Royalton, and the Charlie “Little Jazz” Ferguson Orchestra. The “5” Royales were significant in providing a link between early R&B and early soul in their combination of doo wop, jump blues, and gospel styles influencing a number of R&B musicians, including Ray Charles, James Brown, and Ike and Tina Turner. Guitarist and songwriter, Lowman Pauling, who unfortunately died in 1973, remains one of the greatest unsung innovators in rock and roll. Over the past few years, a number of box sets chronicling the group’s career, as well as tribute albums by well known musicians like Steve Cropper and young North Carolina groups like Chapel Hill’s The Flesh Wounds have been released, exposing new audiences to the band’s unique sound.
The J. Taylor Doggett Collection includes a number of important recordings, photographs, and ephemera of the group, but a few items that I am constantly drawn to are a series of cassettes compiled by Doggett, SFC call numbers FS9139 through FS9146, that document the bands lesser heard tunes and side projects. 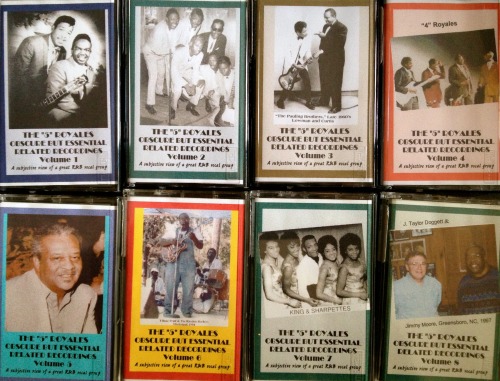 Besides these remarkable tapes, we love the photographs of the “5” Royales at the Royal Peacock Club (see the sign pictured above and images below ). These images put the viewer almost onstage at what must have been a true rock and roll experience. Congratulations to the “5” Royales and many thanks to J. Taylor Doggett and so many others who dedicated themselves to preserving the legacy of one of North Carolina’s musical treasures. 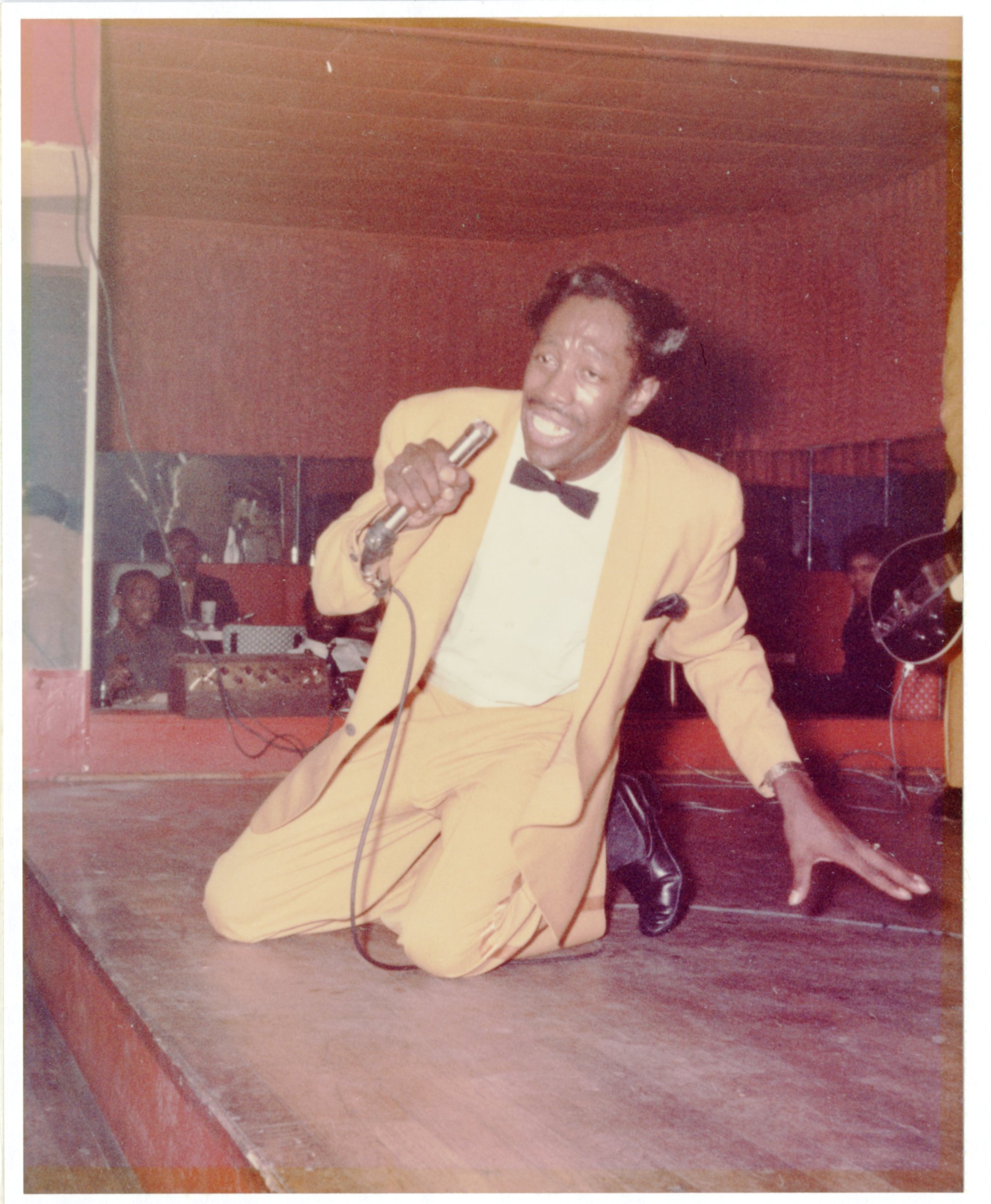 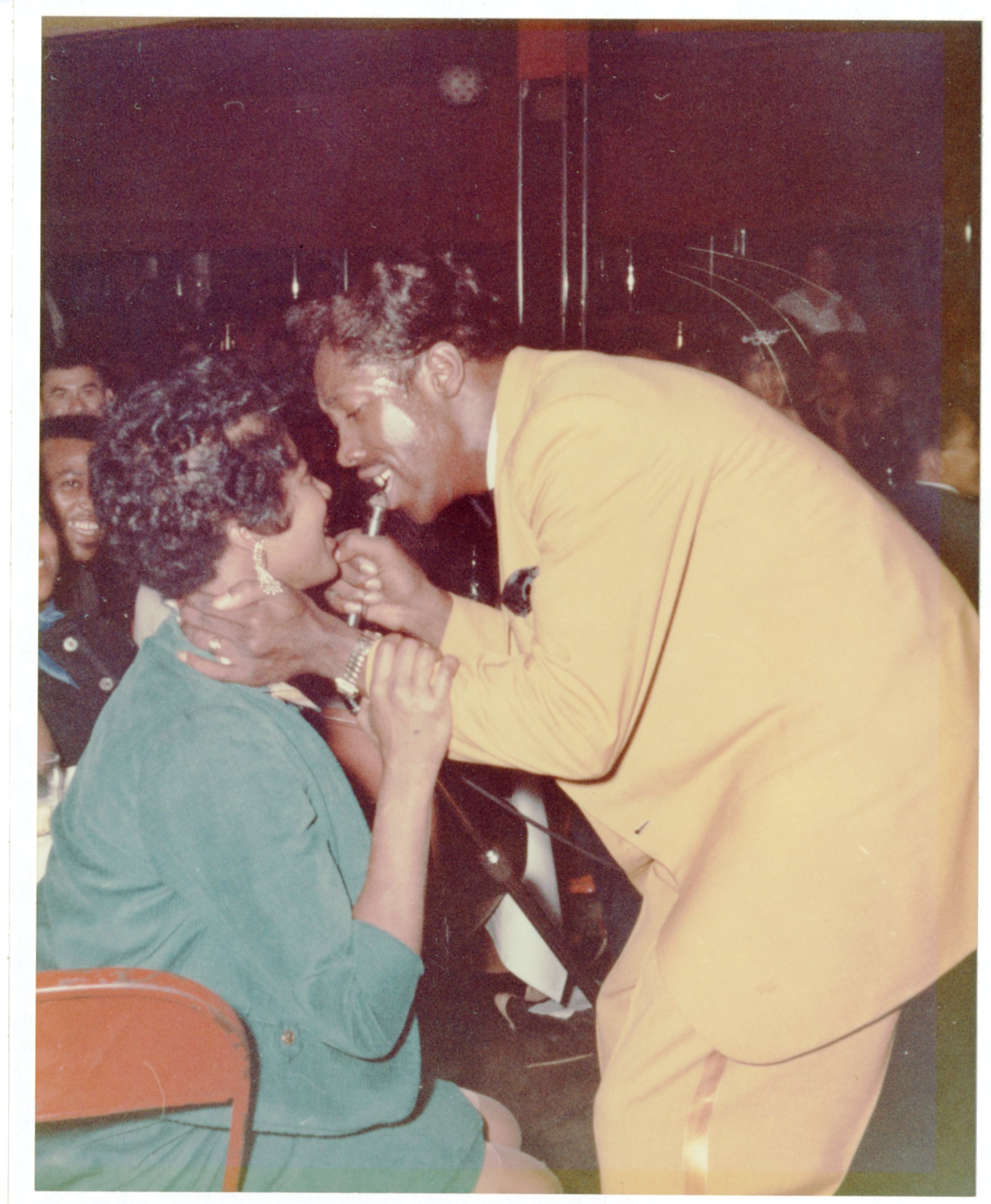 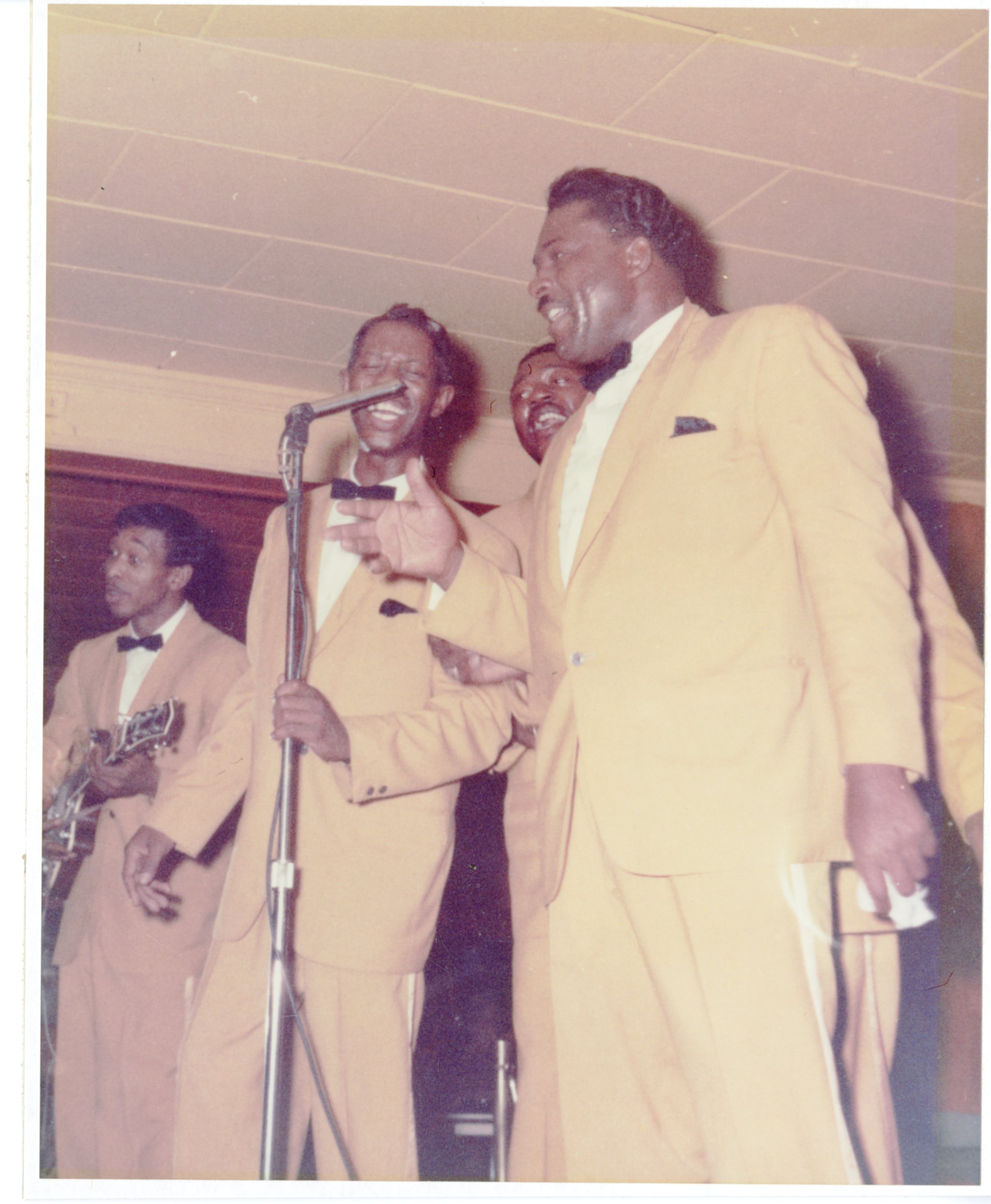 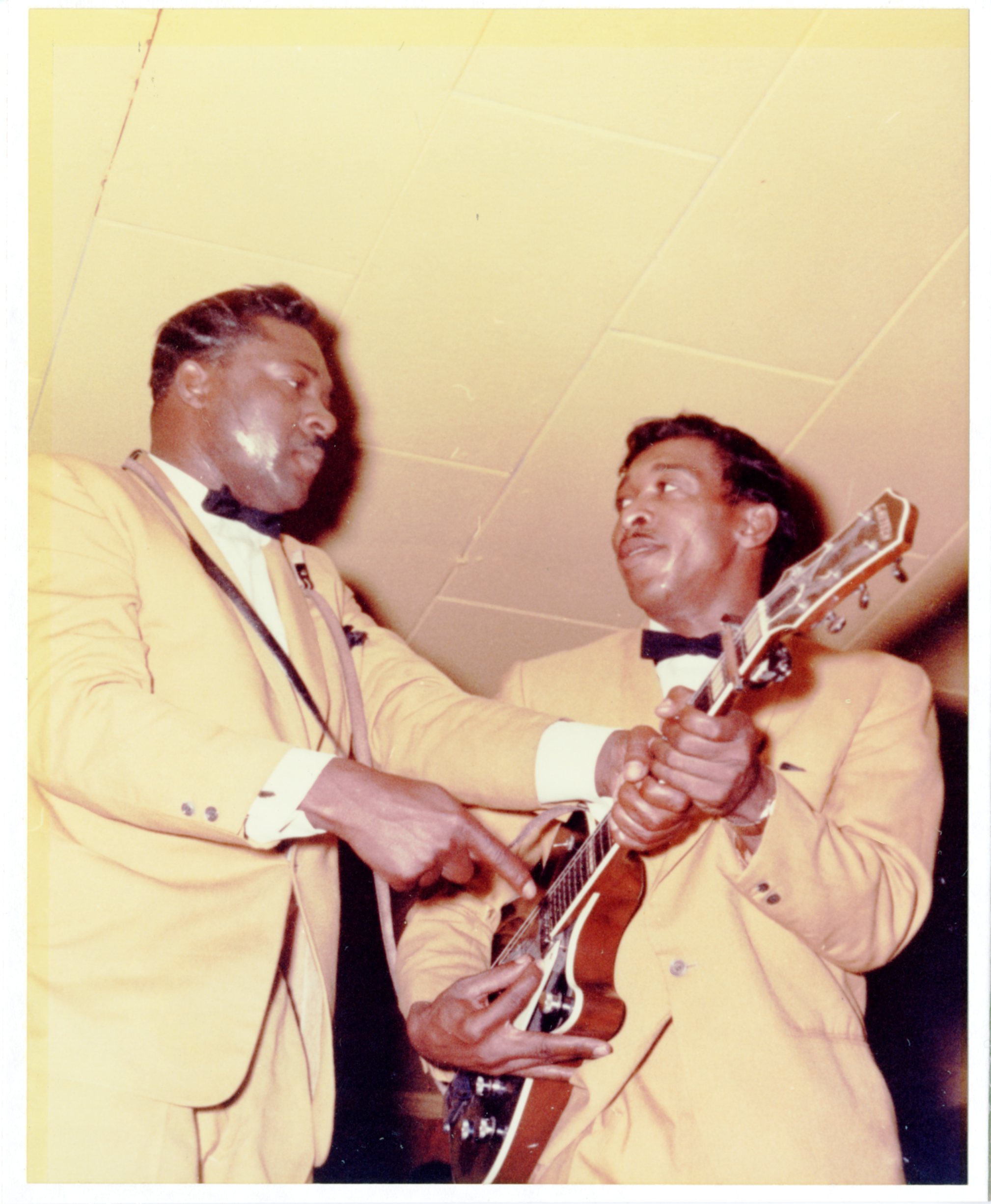 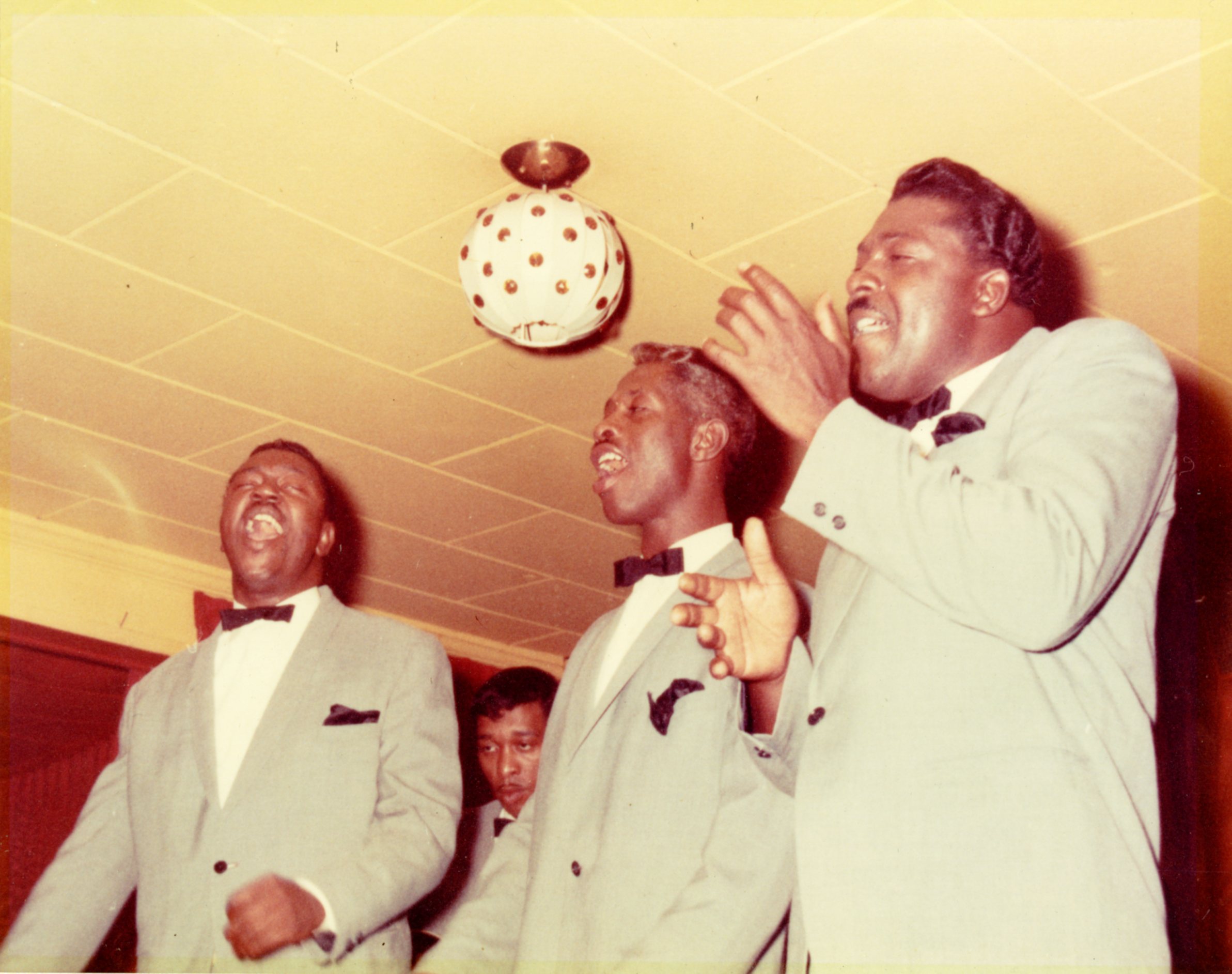 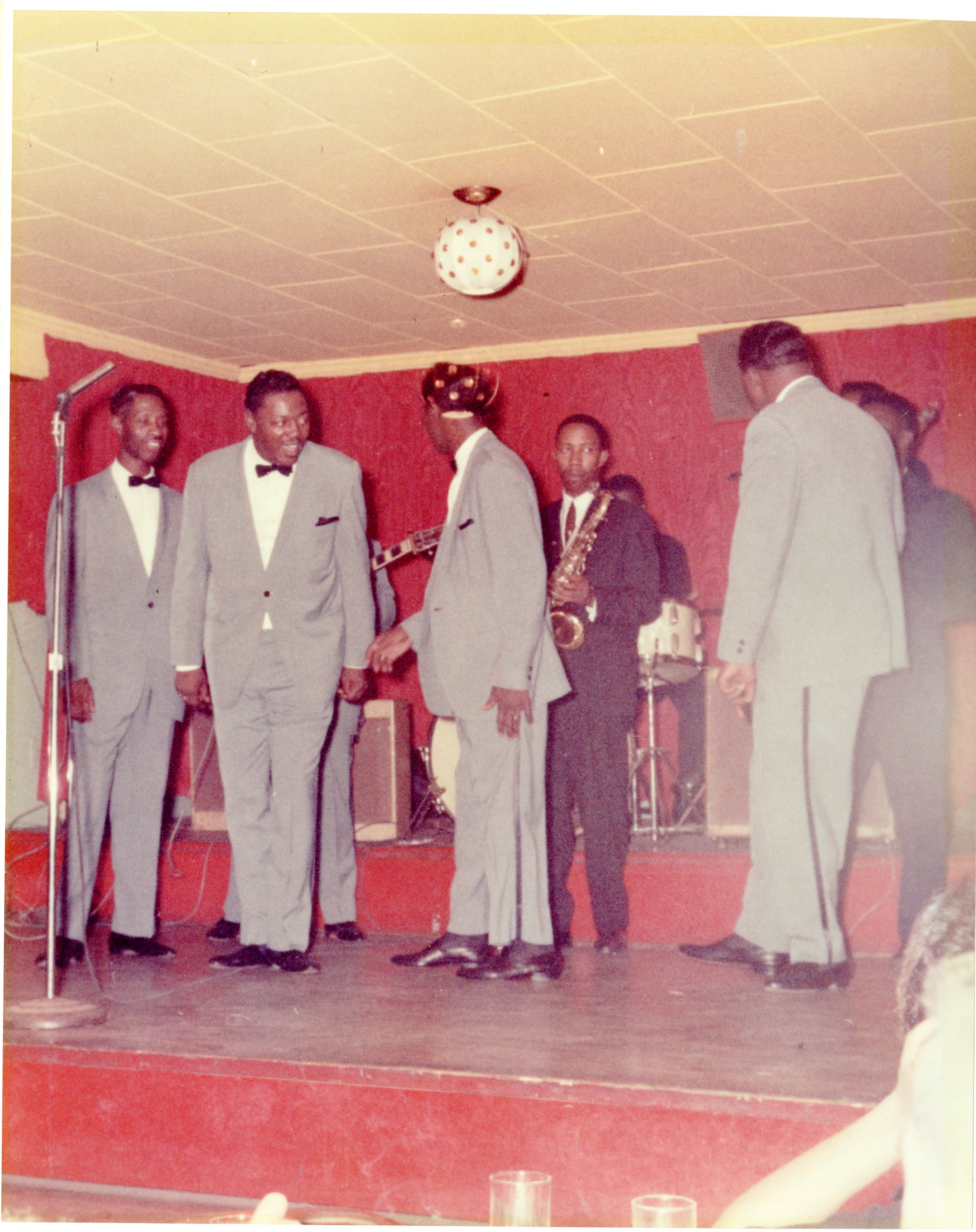