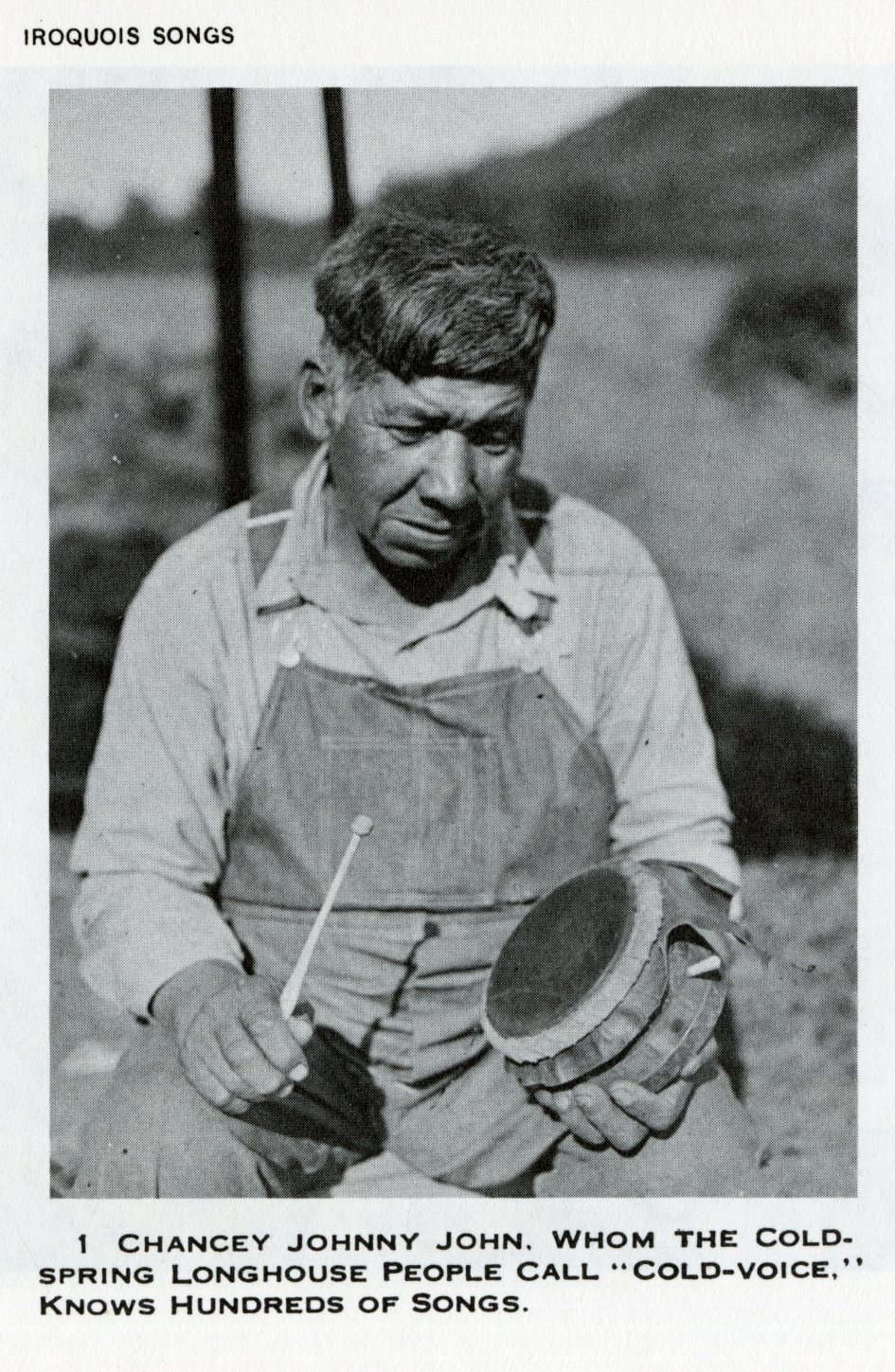 With all of the mythology surrounding contemporary celebrations of Thanksgiving, I often turn to field recordings to guide me through the gauntlet of caricatures that can seem to overwhelm the holiday experience. I like A Charlie Brown Thanksgiving and the Macy’s Parade too, but this time of year always feels surreal until I pull down my collection of Native American music recordings from the record shelf and listen as I begin to prepare dinner for my family and friends.

Looking through the stacks this morning in the Southern Folklife Collection, I found a Library of Congress collection from the Archive of Folk Song, Songs from the Iroquois Longhouse, SFC call number FC890. Compiled by William Fenton from recordings made for the Bureau of American Ethnology at the Six Nations Reserve in Canada and the Allegany reservation in New York in 1941, the record is a powerful document of music from the Eastern Woodlands of North America.

The notes are extensive and detail the singers, songs, and performance of the music in a variety of contexts. Among the Seneca performers documented is Chancey Johnny John, called hau’no’on, “Cold-voice,” of the Turtle clan of the Cayuga. According to Fenton, Chancey came from a line of singers and knew more than 1000 verses of song. To be able to hear Chancey Johnny John sing is a remarkable gift and we hope you readers and listeners enjoy this short piece as you join together in body, mind, or spirit with your families and friends this weekend. Click on the bar below to listen to Chancey Johnny John recorded in 1941. FC890
The song of personal thanksgiving is an individual chant sung during the Midwinter festival, on the third day of the Green Corn Festival. According to Fenton, “every man should return thanks to the Creator that he has lived to see the ceremonies again and that so many people have once again returned to renew the faith of their ancestors.” A transcription of the chant follows. 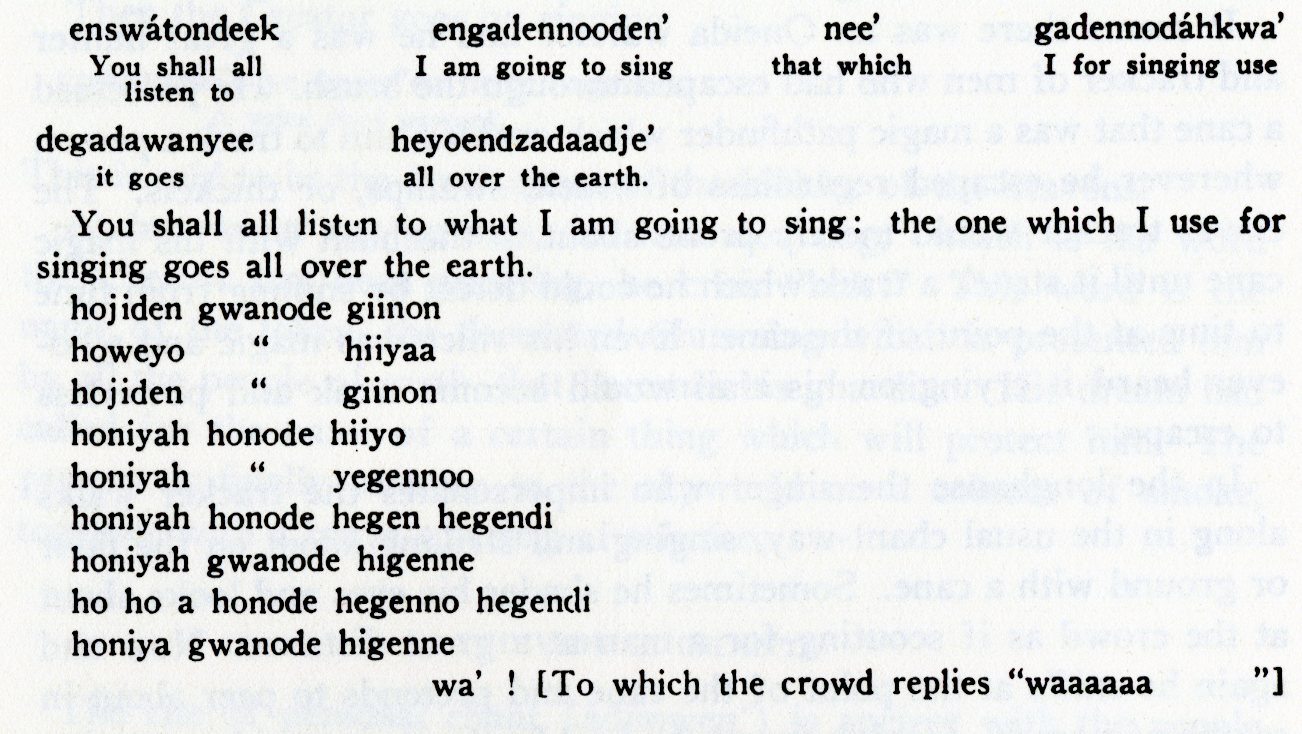 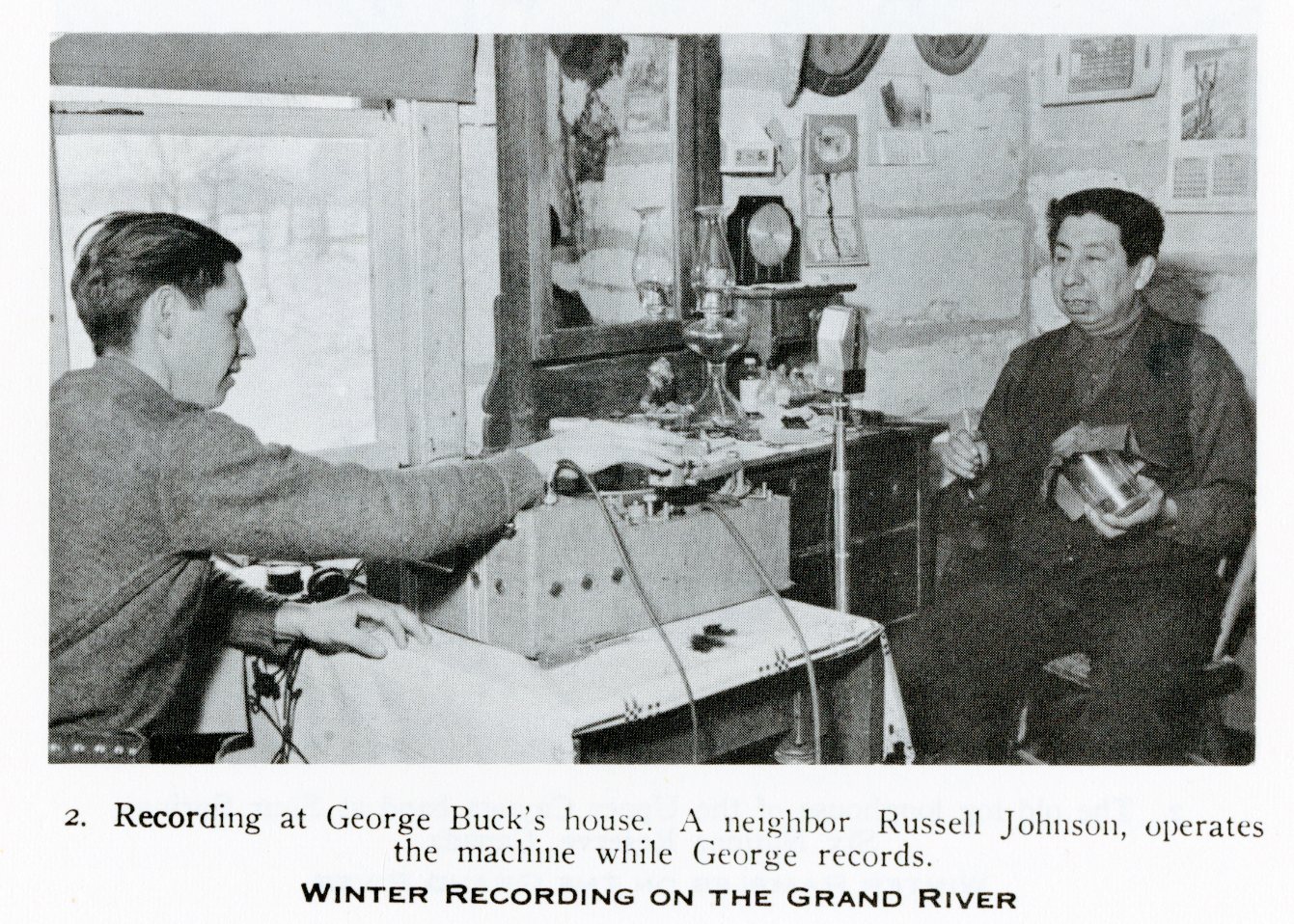 Our Photos of the Week this time feature 2 examples of tobacco barns taken from the CD-ROM companion to John Michael Vlach’s 2003 book Barns (Norton/Library of Congress). The book and accompanying disc feature black & white photos of barns across the U.S., taken by a variety of photographers, and currently housed the Prints & Photographs Division of the Library of Congress.

The Barns CD-ROM is now available at the Southern Folklife Collection as call # CD-11794.