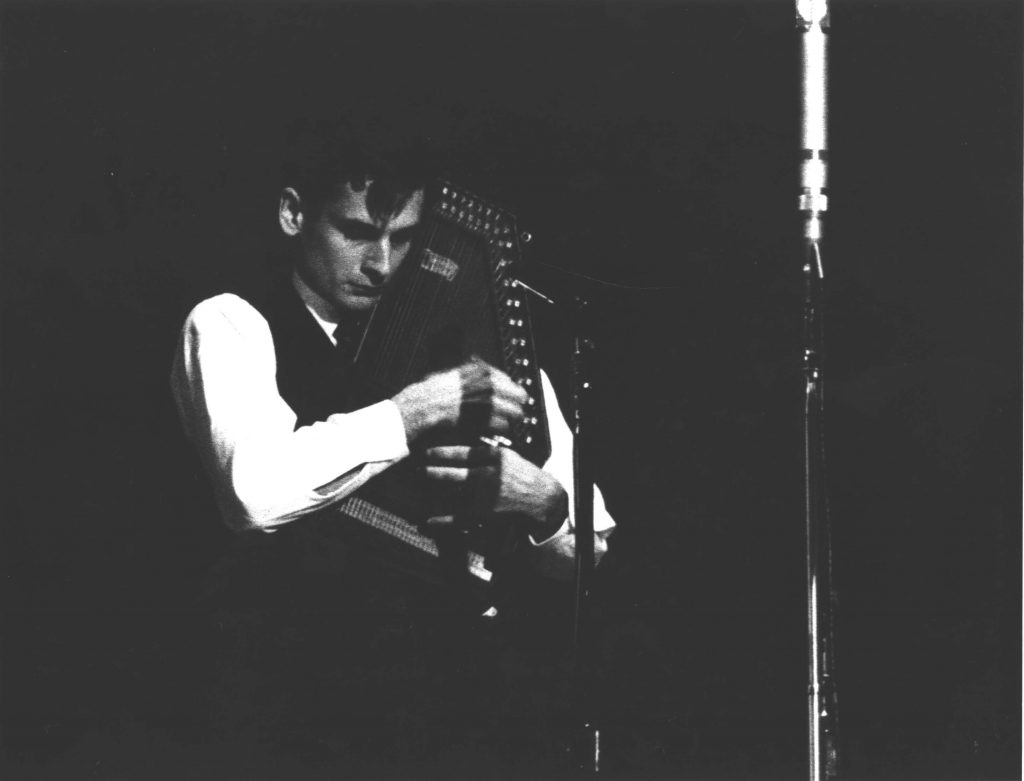 We at the SFC were deeply saddened to hear about Friday’s passing of musician, folklorist, and collector Mike Seeger. He was 75 years old.

Mike Seeger devoted his life to collecting and performing the music of the rural South. He began playing the guitar at the age of 18 and soon added almost a dozen instruments to his repertoire, including the banjo, fiddle, mandolin, dulcimer, and autoharp.

But Mike Seeger may be best remembered here as a collector, recording hundreds of performances and interviews with legendary old-time musicians including Dock Boggs, Elizabeth Cotten, Mississippi John Hurt, and Ernest V. Stoneman. These tapes now reside in the SFC’s Mike Seeger Collection, currently being preserved as part of a two-year preservation and access grant from the National Endowment for the Humanities entitled Fiddles, Banjos and Mountain Music. The grant focuses on several interrelated collections including the collections of  Paul Brown, Eugene Earle, Ralph Epperson, Fiddler’s Grove and Alice Gerrard.

Throughout his life Mike Seeger worked to make the music he loved accessible beyond it’s origins in the rural South. Through preservation projects like  Fiddles, Banjos and Mountain Music, the Southern Folklife Collection seeks to honor his legacy and preserve his lifetime of research for future generations.