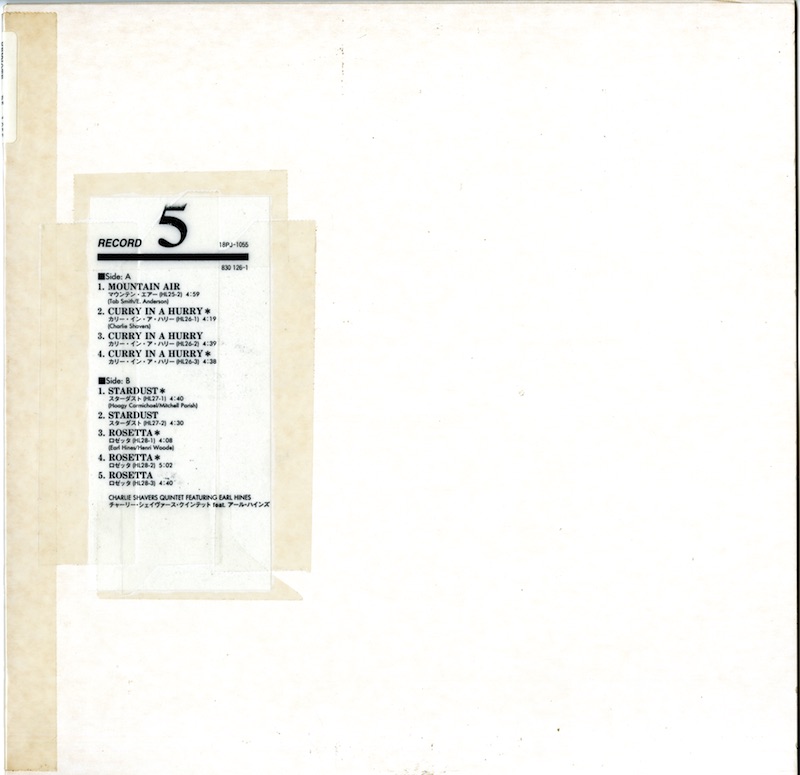 Despite what the name might suggest, holdings in the Southern Folklife Collection span the globe, including Japanese imports like today’s featured record (FC-21963). This the fifth volume of a rare Japanese 21-record box set released on Nippon Phonogram in 1986. The set compiles all of the jazz ever recorded for the Manhattan-based Keynote label, spanning from 1941 to 1947. This LP presents the recordings of the Charlie Shavers Quintet featuring Earl “Fatha” Hines, one of the most influential jazz pianists of his time. Among the recordings are three takes of the tune “Rosetta,” a Hines original.
Presented here is a portion of the second take, featuring portions of both Hines’ and Shavers’ solos
Rosetta