“…to secure unimpaired their inalianable rights, priviledges, and liberties from the Dominant grasp of British imposition and Tyranny.”

This Fourth of July marks two hundred and thirty-seven years since the signing of the Declaration of Independence in 1776, but did you know that Mecklenburg County set out to declare its independence from Great Britain even earlier? On May 19th and 20th of 1775, immediately after receiving news of the Battle of Lexington, a convention in Charlotte adopted but did not publish resolutions of independence from the British government.  Days later, the Committee of Safety in Charlotte adopted twenty resolves establishing independence and local laws.  These resolves were taken to Congress in Philadelphia, which considered them a premature action, and the National Declaration of Independence was not adopted until the next year.

However, those who had participated in the drafting of the Mecklenburg Declaration continued to profess its historical importance.  Since no formal declaration was published, the original copy was considered to be the minute book of the Mecklenburg convention recorded by its secretary, John McNitt Alexander. This minute book was destroyed in a fire in 1800, but copies of the record in Alexander’s possession survived. Later that year, Alexander created a new copy from his surviving records for William R. Davie. While the accuracy of surviving copies of the Declaration has been disputed by historians, this copy is given credence due to the accompanying certificate from Samuel Henderson testifying that he received it directly from Davie’s son. That document (known as the Davie Copy) as well as the accompanying certificate from Samuel Henderson, can be seen in the images below. 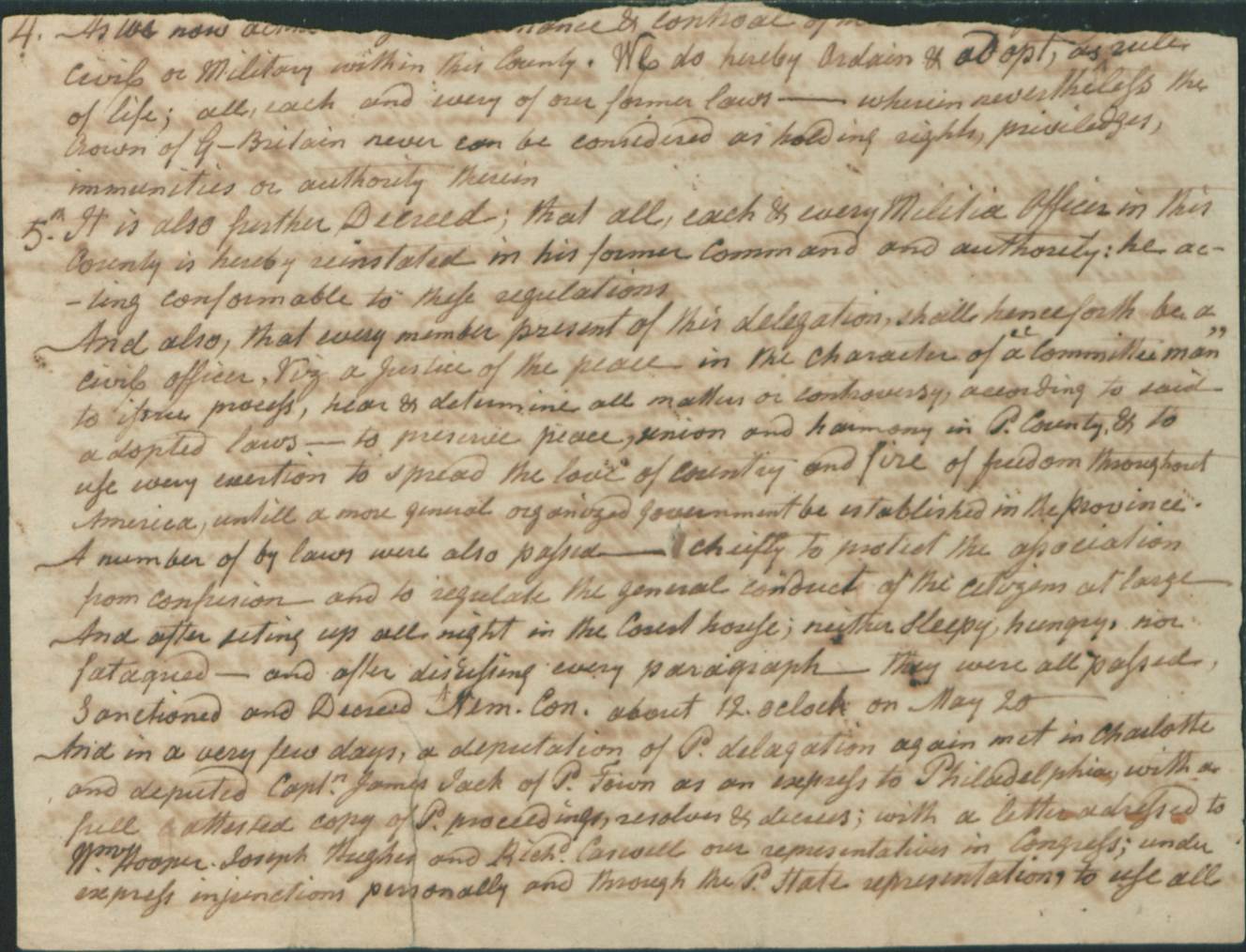 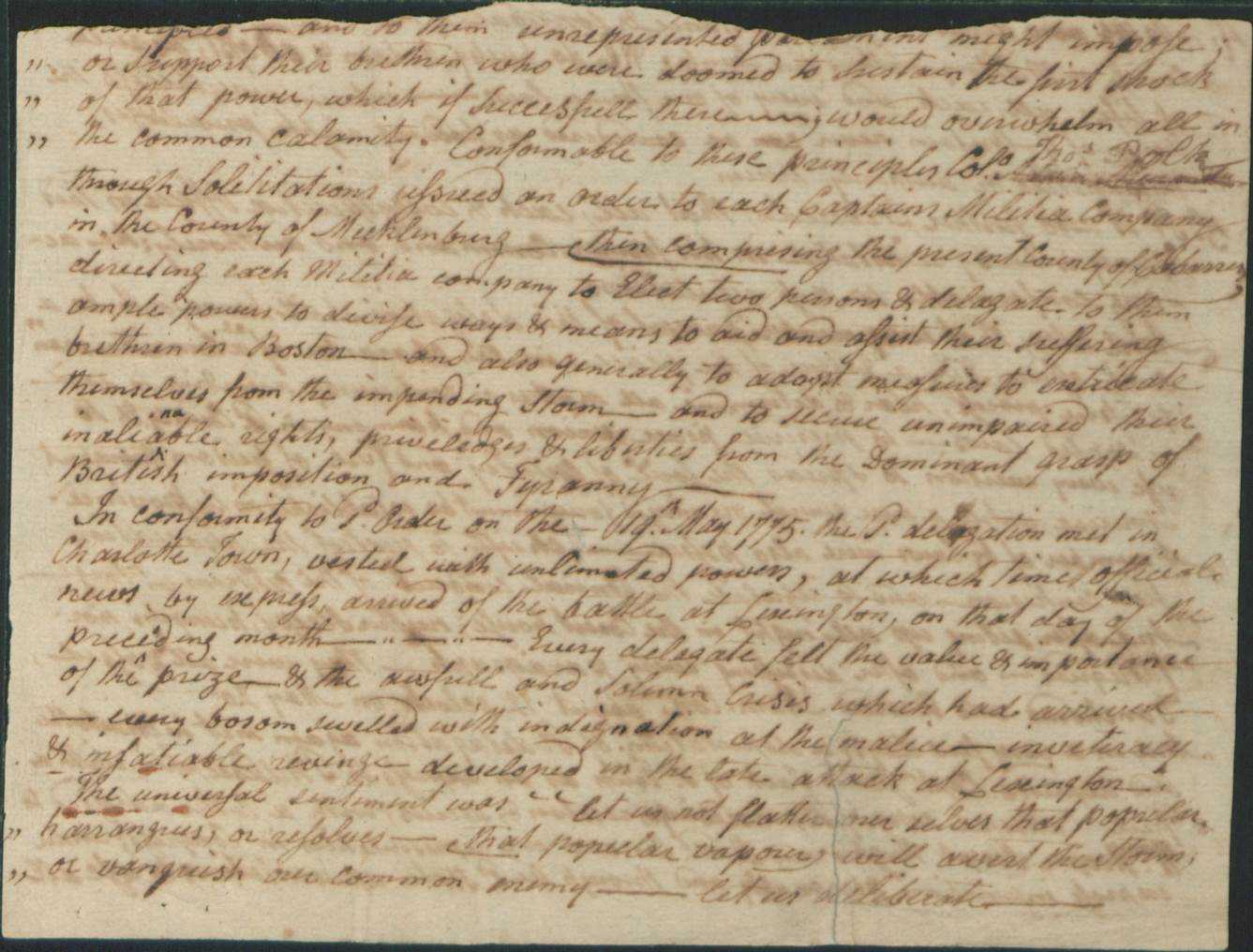 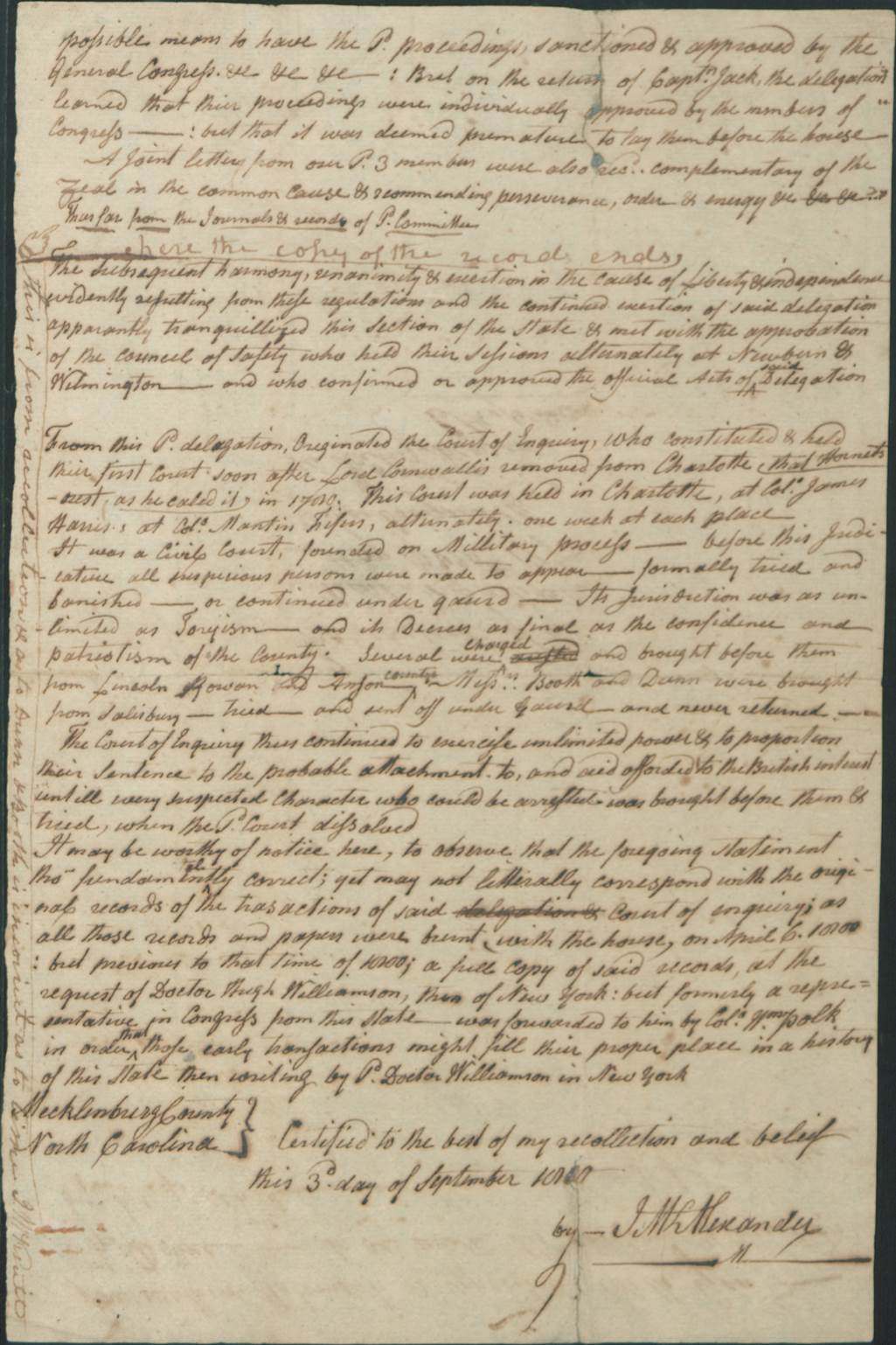 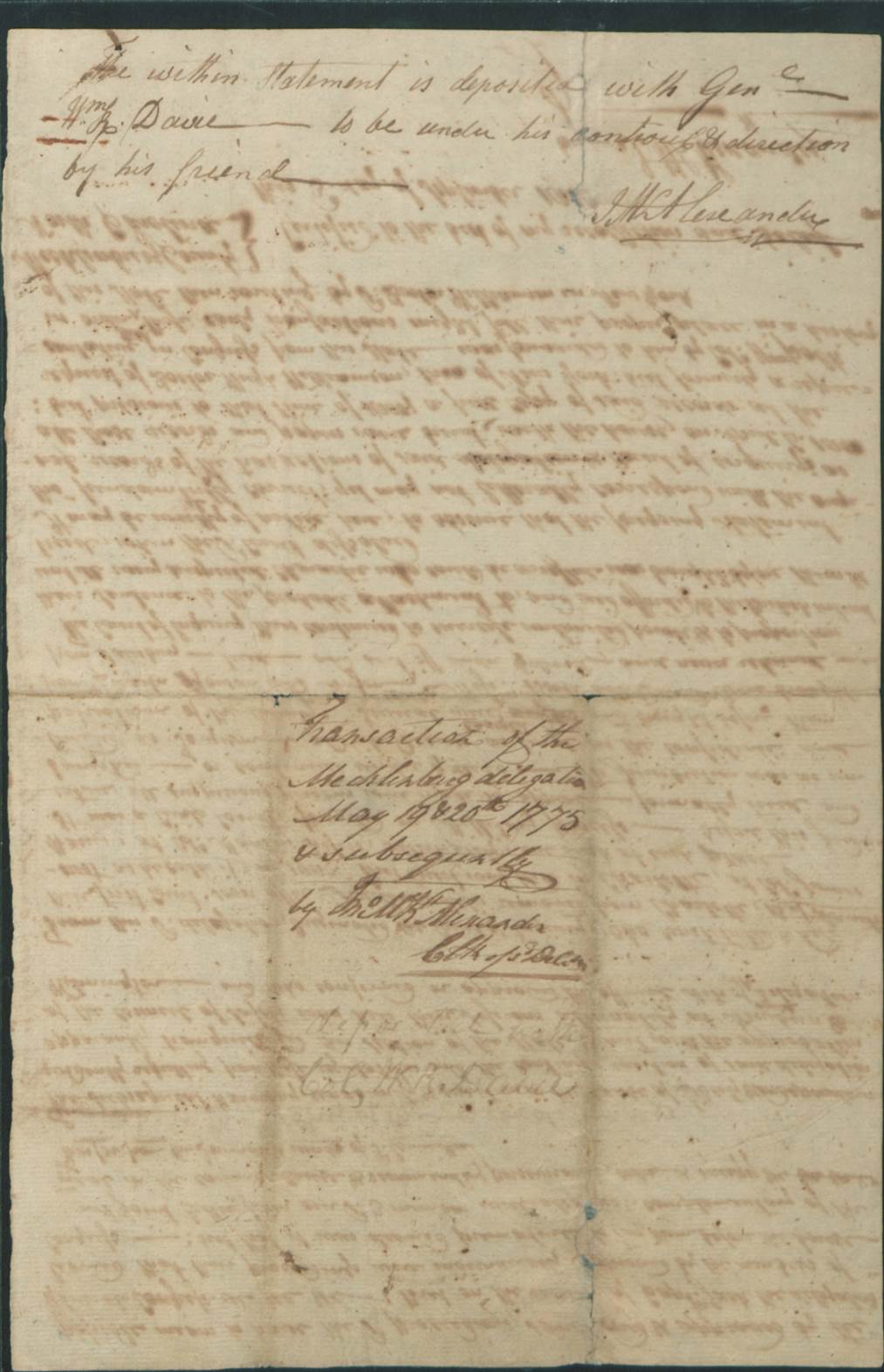 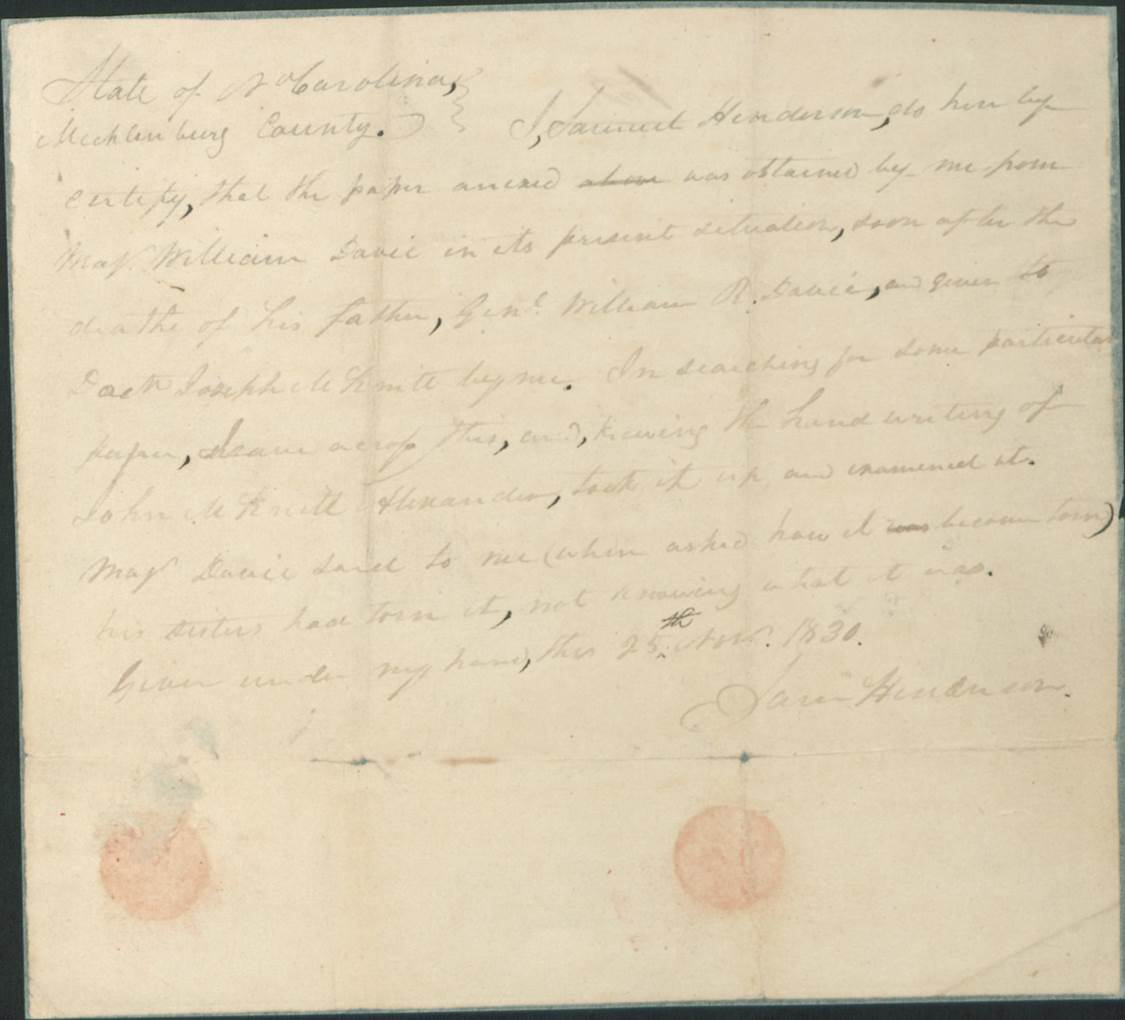 Item citation: From folder 1 of the Mecklenburg Declaration Papers (#00501) in the Southern Historical Collection, Wilson Library, University of North Carolina at Chapel Hill.