In honor of Movember, here’s a look at some of our favorite facial hair found in Wilson Library’s photographic materials.  Which is your favorite?

Why scour Pinterest? The SHC has your Thanksgiving menu right here! Check out this selection from Recipes in the Culinary Art, Together with Hints on Housewifery & c. by Lancelot Minor Blackford, 1852.

Do you recognize any dishes from your Thanksgiving table?

Click any of the images below for a larger view. 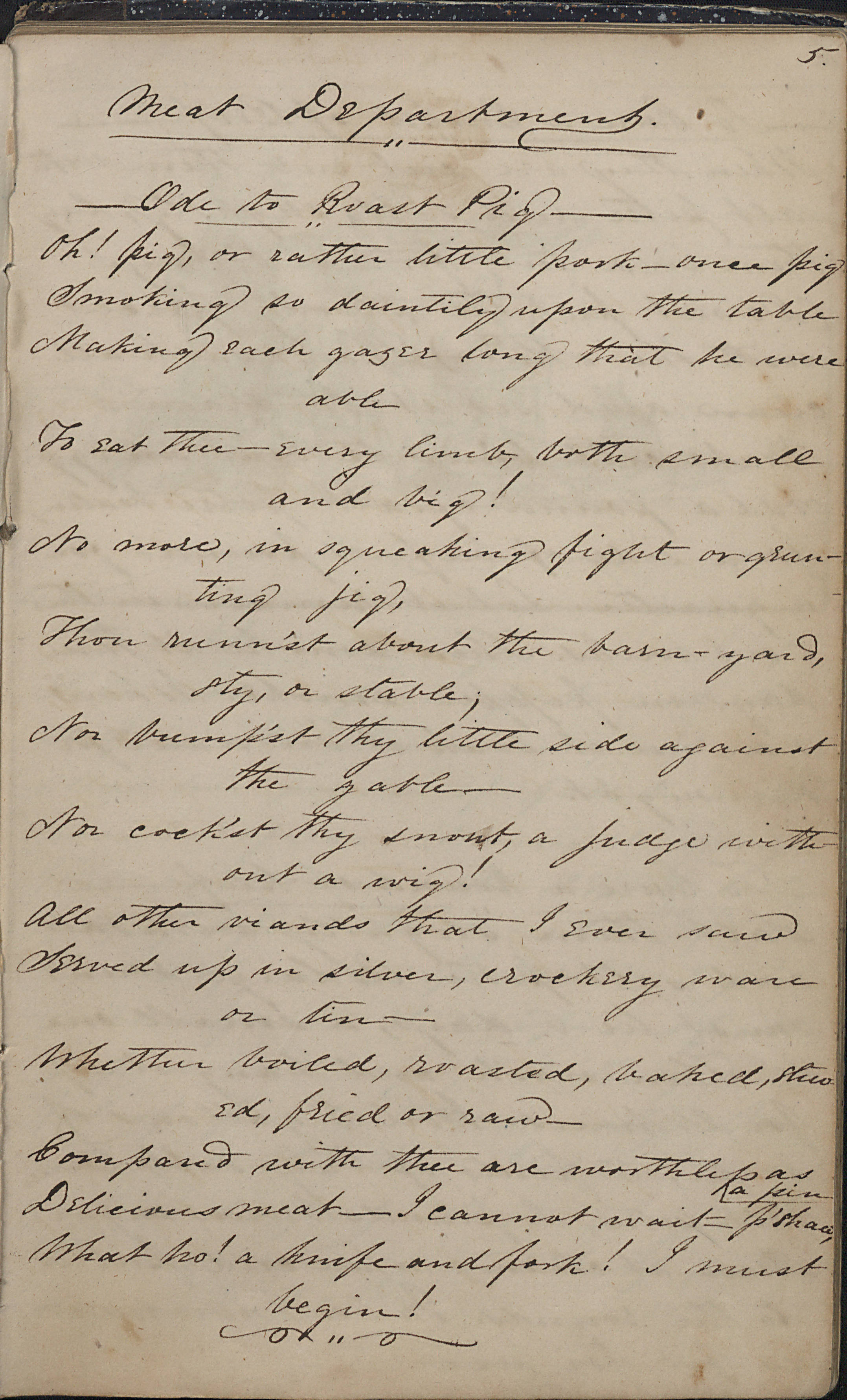 Fifty years ago today, on November 22, 1963, the nation reeled from the news of President John F. Kennedy’s assassination. Around 12:30 p.m. Central Standard Time, television and radio stations interrupted their normal broadcasts to break the story that shots had been fired on Kennedy’s motorcade in Dallas. Soon after, the news came that Kennedy had died at Parkland Hospital.

As the tragic news set in, many people began capturing their thoughts and feelings about the tragedy in their personal letters and diaries. Fifty years later, these documents provide an important window into the experiences of that fateful day.

The Southern Historical Collection is proud to preserve a number of personal accounts of this turning point in American history. For example, John Ehle, novelist and special assistant to North Carolina Governor Terry Sanford (1963-1964), wrote the following in his diary on November 23, 1963:

Yesterday President Kennedy was shot down in Dallas. Ralph McCallister, Howard Miller and I were at the Skyline Inn in Washington (S. Capitol and ‘Eye’ Streets, S.W.) when the word came in. We had just finished lunch, and I went by the desk to see if there were any messages. The desk clerk said an unconfirmed report had come in from Dallas that Pres. Kennedy might have been shot.

There were many o[t]her uncofirmed reports before the confirmed death notice came through. So he is gone and his day in the White House, and now we have Mr. Lyndon Johnson.

We had planned to fly out of Washington on the 2:40 United Flight yesterday, and we went on out to the airport and listened to other reports. By then the final, depressing news had not been announced; we still had hopes that the President would survive what by then we knew had been a serious wound in the head. The announcement of his death came, I believe, about 2:20. We were in the television room of the airport, which also is the bar. There were about 20 or 30 people there. Maybe even then it was an uncofirmed report, but they said the preists had left the room. A waitree turned away, ready to weep. Somebody brought me a glass of ginger ale and I drank it, and we went on down to the plane, which was late in departure, so we didn’t leave until about 3:30 and we landed about 4:45. I went at once to the Capitol, where everybody was, my secretary said, in a state of gloom. I sorted through my mail hurriedly, then mailed some stuff to HEW. I went to the mansion, where Joel, Tom Lambeth, and one of last year’s internes and his girl were waiting in the library. We talked for a few minutes. They told me that a pro-Communist had done the shooting. We had surmised that it had been done by one of the ultra-rightist elements of Texas. I left them quite soon and went on home. The Governor had flown back from Winston-Salem and he was evidently upstairs. I passed Hugh Cannon as I came in; Hugh shook hands and left through the side door.

Gail says this afternoon on TV Gov and Mrs. Sanford, and Bert Bennet of W-S entered the White House in Wash. to pay tribute to the dead president.

This morning Jonathan Daniels had a piece on page one, which he signed. It wasn’t much of a statement. It was deeply felt, but it flailed about too much. The paper was devoted to the story of the crime, of the swearing in of the new president, of the wound inflicted on the Texas Governor, of the criminal-suspect. TV was on with that story only, and it stayed on allnight. Now a requiem is on TV, Ormandy directing the Philadelphia Orchestra and the Rutkers choir — a requiem by Brahms.

Ralph McCallister phoned to invite Gail and me to go to Wash. with him and his wife tomorrow, but I think not. Gail says she has to work on Mon. anyway, but this isn’t the real reason. TV brings the thing in closer, and Gail has a great dislike of funerals. I told Ralph that he and I should have stayed up there yesterday, and he wonders if this isn’t so. We were well fixed in a hotel and have handled the matter poorly. […]