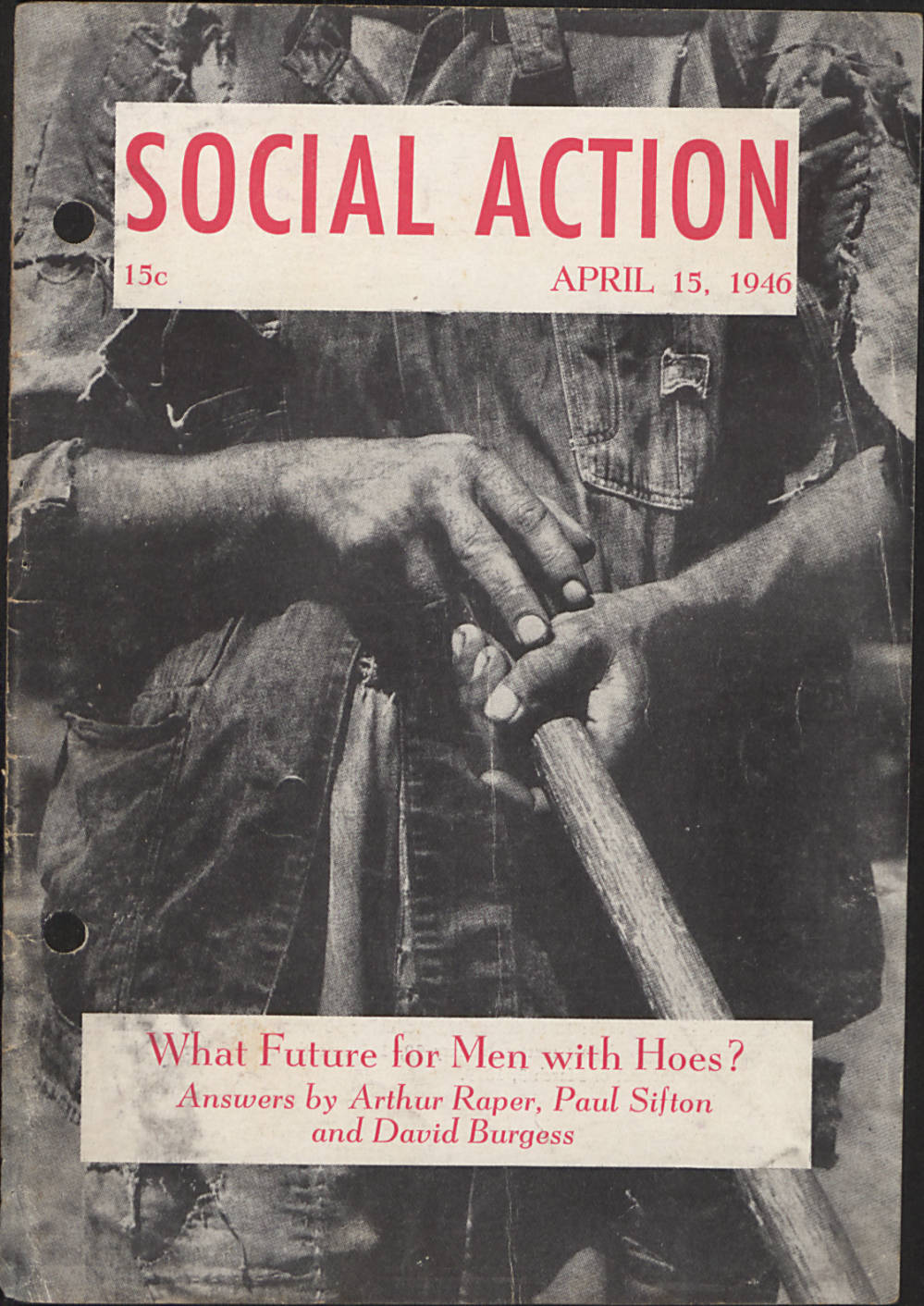 The South has witnessed unspeakable historical violence, hardship, and unrest. Whether it is a system developed over hundreds of years or the single act of one person, Southerners have used these circumstances as fuel to protest for a better reality and a better future.

At first blush, an archive might seem like an unusual place to learn about current events. We can’t provide the latest headline, updated numbers, or 24-hour news coverage. What an archive can do, though, is help explain how we got here in the first place. It can provide context, it can set the scene, and it can fill out a timeline. It can help draw comparisons, and it can bear witness to cycles, to repetition, and to causes and their effects. It can show what has worked in the past, and what has not.

We continue, as we always have, to collect the stories of those who stand up against violence and hardship. Below are just a few of our many collections that highlight how people have confronted difficulties in the past and fought for a South they could believe in.

Southerners for Economic Justice Records, 1977-2001
Southerners for Economic Justice (SEJ) began unionizing textile workers in 1976, and soon grew to advocate and provide support for the unemployed, working poor, and people dealing with hardship, discrimination, and violence. With over 87,000 items in this collection, you can find materials on successful community-based solutions on environmental racism, workplace safety, literacy, unlawful employment practices, racist violence, and leadership training. SEJ had many community collaborations with religious and international groups, and their collection includes materials from similar groups throughout the world.


J. Kenneth Lee Papers, 1949-1994
In 1951, J. Kenneth Lee (1923- ) and Harvey Beech (1924-2005) became the first African Americans to attend UNC Chapel Hill’s Law School after successfully suing to integrate the program. Lee graduated in 1952 and committed his work to arguing civil rights cases in court, handling more than 1,700 of these cases over more than 30 years. This collection is partially digitized and includes materials related to the Law School lawsuit, photos of Lee from his college days, and items related to the many boards, businesses, and organizations that Lee served.

The Southern Oral History Program Collection, 1973-2015
The Southern Oral History Program (SOHP) documents the South by conducting oral histories – recorded interviews with individuals or groups. The SOHP organizes interviews by themes, and even today continues to record the experiences of Southerners and life in the South. Of note are their projects on The Long Civil Rights Movement, The Long Women’s Movement, The Rural South, and Listening for a Change, which tackles topics ranging from environmental disasters, modern immigration, school desegregation, life as an HIV+ person in the South, and the breakdown of the tobacco economy in the South.


Jessie Daniel Ames Papers, 1866-1972
Jesse Daniel Ames (1883-1972) began her activism as a Suffragette, becoming more involved in social justice issues as she raised three children on her own. Starting in the 1920s, she gave speeches throughout the South and maintained leadership positions in the Texas Committee on Interracial Cooperation and the Commission on Interracial Cooperation. She founded the Association of Southern Women for the Prevention of Lynching in 1929, a volunteer organization that investigated and kept case files on Southern lynchings. In the 1940s, she began The Southern Frontier, a magazine focused on social, political, and economic justice in the region. This collection is almost fully digitized and available online.

Gilbert Brooks radio broadcasts, 1958-1961
Gilbert Brooks hosted a radio program from 1958-1961. This program was sponsored by the NAACP and addressed current issues in the lives of African Americans in the South. Topics range from sit-ins, employment, Pullman sleeping car Porters, national legislation, education, and voting rights. Programs also talk about the past 50 years of race relations and ponder on the future of race in America. All of these radio programs are available for patrons to listen to in our Reading Room.


Arthur Franklin Raper Papers, 1913-1979
Arthur Franklin Raper (1899-1979) approached issues of poverty, racism, violence, rural hardship, and economic distress from the view of a Sociologist and Social Scientist. Raper began his career by documenting issues in the rural South for the U.S. government. He supported anti-lynching and anti-racist work, and authored ten books whose subjects range from sharecropping to the impact of the Great Migration on the rural South. After World War II, he began doing similar studies in rural areas around the globe, particularly in Pakistan, Japan, Taiwan, and North African and Middle Eastern nations. A large portion of the collection is available online, including photographs taken during the Great Depression.

John Kenyon Chapman Papers, 1969-2009
John Kenyon Chapman (1947-2009), also known as Yonni, dedicated his life to social justice issues in central North Carolina. His early activist work focused on anti-Apartheid, African liberation, and fair labor practices. A survivor of the 1979 Greensboro Massacre, he spent the latter portion of his life pushing for a more complete and accurate historical record of the role of African Americans in Southern history, starting important conversations about how we remember history and historical people.


James A. Felton and Annie Vaughan Felton Papers, 1938-2010
James A. Felton (1919-1994) was a member of the Montford Point Marines and an educator in North Carolina for over 20 years. In the 1960s, he helped found the People’s Program on Poverty. This organization studied poverty and developed grassroots, community-based methods for uplifting impoverished people and impoverished communities. This program included the Migrant and Seasonal Farmworkers Training Center, which provided support and training to allow seasonal farmworkers to find full-time, year-round employment.