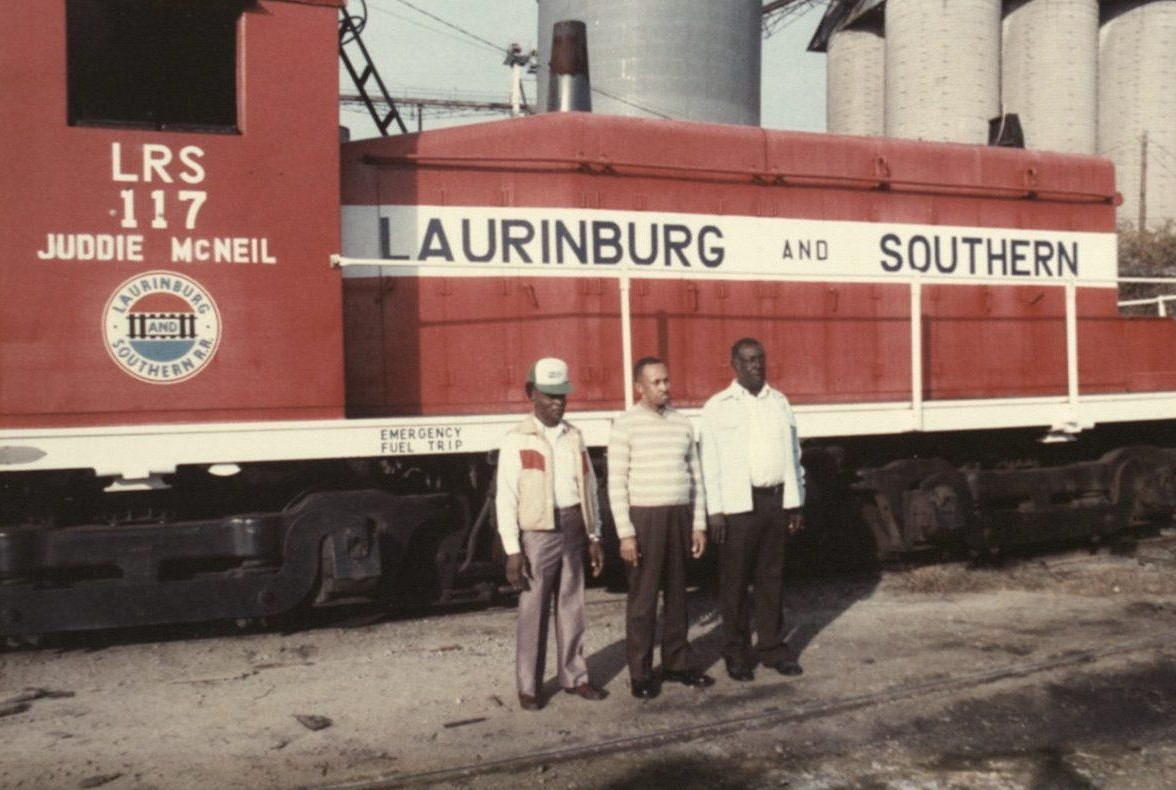 The Southern Historical Collection preserves large holdings of manuscript materials related to labor and workers, trade unions, industrial relations, labor activism, and more. Known primarily for our collections documenting the piedmont textile industry in the 20th century, we have acquired several new collections that shed light on the lives of those who have labored in other industries – including black coalminers in eastern Kentucky, North Carolina hog farmers, and rural health practitioners in Tennessee.

A new collection, the Laurinburg & Southern Railroad Company Records (#5768), documents the long history of a unique short-line railroad that runs from Raeford to Laurinburg, N.C. The “L&S” collection is primarily an archive of the company’s business records (such as company correspondence, board minutes, financial and legal files, or records of track repair and maintenance) but it also reflects on the lives of those who worked for the company over the years.

The Laurinburg & Southern Railroad Company was incorporated in March 1909 by N.G. Wade, D.M. Flynn, J.F. McNair, J. Blue, A.L. James, and J.A. Jones. J.F. McNair served as its first president until his death in 1927. Over its history, the railroad was primarily used for hauling freight, but it has also offered passenger and mail service. L&S has included several subsidiaries, including the Red Springs & Northern Railroad, Robeson County Railroad, Fairmont & Western Railroad, Franklin County Railroad, Nash County Railroad, Yadkin Valley Railroad, and Saltville Railroad (in Virginia). The company operates a railroad car shop, a track maintenance crew for hire, and a large fleet of rail cars for leasing to other railroads. In 1994, L&S was sold to Gulf & Ohio Railways. Now in limited operation, these days L&S moves about 7,500 cars annually with three locomotives, focusing on shipments of feed, fertilizer, chemicals, and glass.

The L&S collection contains some wonderful images from its 100+ year history. We’d like to share a few, centering the lives of workers, with the hope that it will inspire you to check out the collection and learn more about life on the rails.

[Post-script: We would like to recognize the work of our former colleague, Borden Thomas, in making the L&S collection a reality here in the Southern Historical Collection (SHC). Borden worked in our department from 2015-2017 as an undergraduate assistant. One day Borden mentioned that she was the descendant of founding L&S president J.F. McNair, and that her family still had a large archive of the company’s records. Borden took on the Herculean task of organizing and culling the records and then donated the collection to the SHC.]