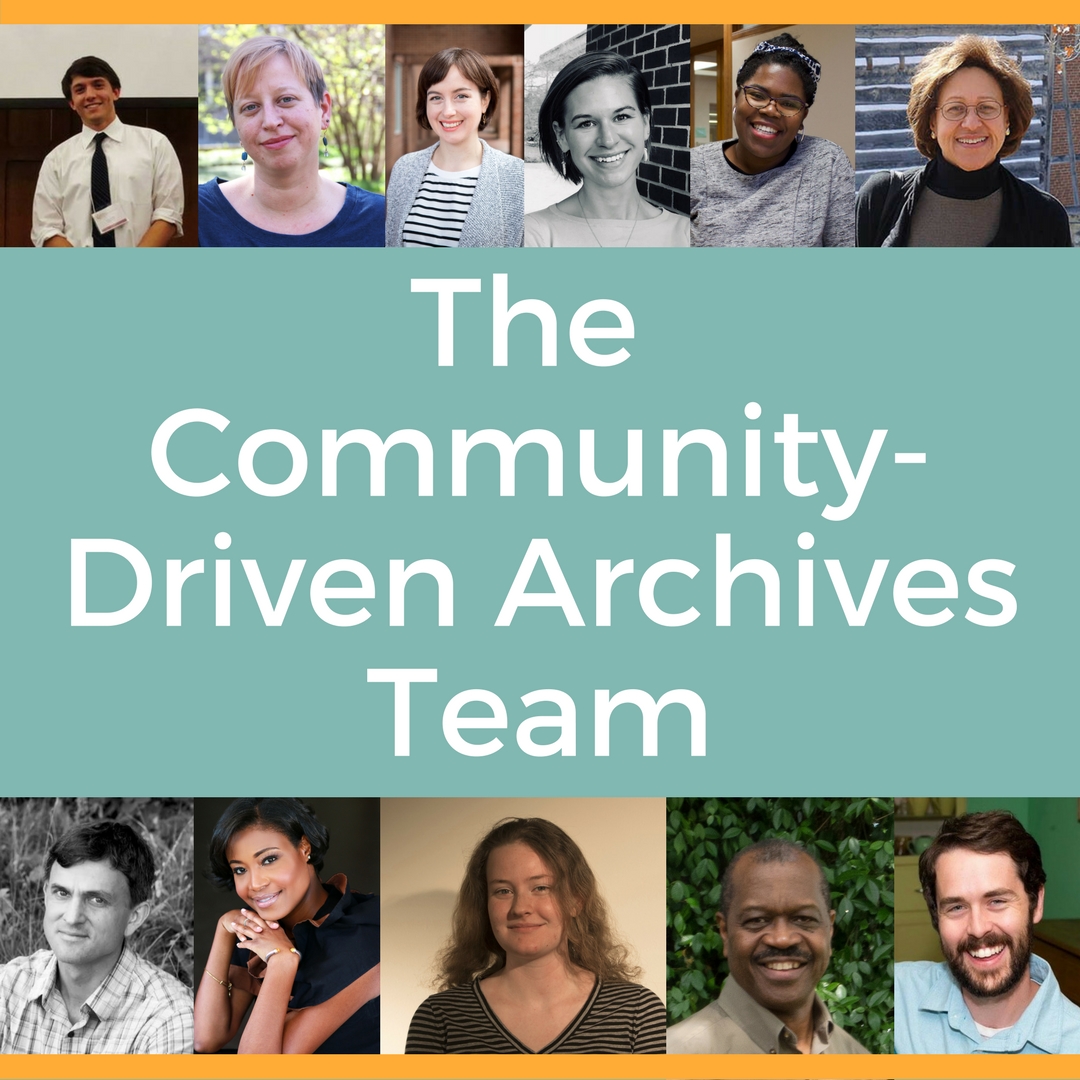 What are community-driven archives all about?

In October 2017, the Southern Historical Collection celebrated the complete staffing of our “Building A Model For All Users: Transforming Archive Collections Through Community-Driven Archives” Andrew W. Mellon Foundation grant team. In recent months, we have launched the initial steps of supporting community-driven archives initiatives and programs through our Community-Driven Archives Team (CDAT).  There are many models for community-driven archives; the upshot of ours is that we want to form meaningful, mutually supportive partnerships to build and preserve community archival collections. We provide communities with the tools and resources to safeguard and represent their own histories. And we want you to be able to CDAT, too!

This community-based approach extends to how we do our work as a team – working together proactively to tease out tricky issues and create accessible and approachable documentation. Our method for creating and publishing content such as presentations, handouts, media, peer-reviewed publications, social media content, and yes, even this blog, is all about collaborative peer-editing.

Our grant prioritizes collaboration, and owes much to the research of Michelle Caswell, Bergis Jules, and many others who have theorized and brought to life the idea of inclusive, representative, empowered archival practice. Community archives models and community-driven archival practice address the “symbolic annihilation” of historically marginalized groups in the historical record, and aim to create sustainable and accessible memory projects that address these archival absences.

END_OF_DOCUMENT_TOKEN_TO_BE_REPLACED

A pioneering online archive about student activism in the 1960s and 70s goes public on Thursday, March 31, 2016.  The website (studenthealthcoalition.web.unc.edu) is the digital home for video clips, historic photos, and personal profiles from former activists in the rural south with a focus on health care.

The archive is the outcome of a partnership between the Southern Historical Collection at the University of North Carolina at Chapel Hill and the Student Health Coalition.

The Southern Historical Collection encourages the study and appreciation of the history and culture of the American South by collecting, preserving and promoting the use of unique documentary materials of enduring historical value. The Collection does this to enable users to derive meanings from the southern past and to support the University’s mission of teaching, research and service.

The Student Health Coalition was a student-run organization based primarily at Vanderbilt University and eventually at other colleges around the south.  They were active over several decades beginning in the late 1960s.  Student activists and rural community leaders worked together on issues related to health care and empowerment.

The new website unveiled on March 31 is a unique community-driven archive of historical documents and other treasures.  Its goal is to encourage the study of the Coalition’s public health and community organizing work throughout the Appalachian region. The online archive is by design interactive, dynamic, and open to the public.

Discoveries and advantages have already begun to surface even as the site was in development.  The Southern Historical Collection has uncovered little-used archives in their collection whose relevance has been magnified by the interactive site. Links to other archival resources throughout the region, including Vanderbilt University Medical Center, are beginning to shed new light on old stories about health care issues in the rural south.

According to Biff Hollingsworth, Collecting and Outreach Archivist at UNC, “Scholars are often drawn to a project or area of research because of the depth of resources available to them. So sometimes marketing those opportunities is tantamount to developing them further.”

North Carolina’s organic farming celebrity Bill Dow was a co-founder of the Student Health Coalition and a graduate of Vanderbilt University School of Medicine.  His newly-published memoirs, What I Stand On, received acclaim around North Carolina. The memoirs contain stories from the Coalition days as well as from Bill’s farming innovations.

Just after Bill Dow died in 2012, his family made arrangements for his collection of historical documents about farming to be left in a conventional archive at UNC. When archivists learned about Dow’s early work in health care, they engaged with a reunion of the Coalition to explore this new model for interactive, community-driven archive building. Beginning March 31, the public is invited to explore and engage.

If you were part of the Student Health Coalition or would like to learn more about this project, please contact Biff Hollingsworth at the Southern Historical Collection, by phone at 919-962-3353 or by email at biff@unc.edu.

Last year, the Southern Historical Collection was pleased to make two collections available to the public, the William W. Dow Papers and the Richard Davidson Photographs of the Appalachian Student Health Coalition and the Mountain People’s Health Council. Both collections relate to the community of Vanderbilt alumni from the Appalachian Student Health Coalition, which began in 1969 to provide health fairs to rural communities without health care in Appalachia.

In addition to h 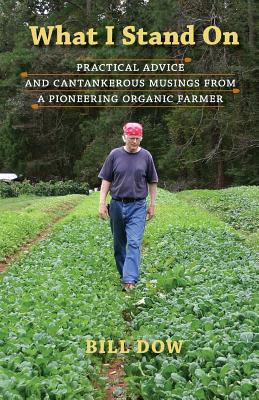 is work as a doctor, William (Bill) Dow became the first organic farmer in North Carolina and the founder of the Carrboro Farmer’s Market (among many other accomplishments).

Before his death in 2012, Dr. Dow recorded his thoughts on sustainable farming with the hope that it could be compiled into a book. His friend, Fred Broadwell, and his partner, Daryl Walker, completed this project resulting the book titled: What I Stand On: Practical Advice and Cantankerous Musings from a Pioneering Organic Farmer. It is now available for order at your local independent bookseller.

Though much of the book contains Dr. Dow’s pioneering farming philosophies, small mentions of the Student Health Coalition are peppered throughout.

Broadwell and Walker will be doing readings from the book at local bookstores during the next few months. If your interested in a pioneering farmer’s wisdom and philosophy, or perhaps enjoy homegrown food, please join them at: