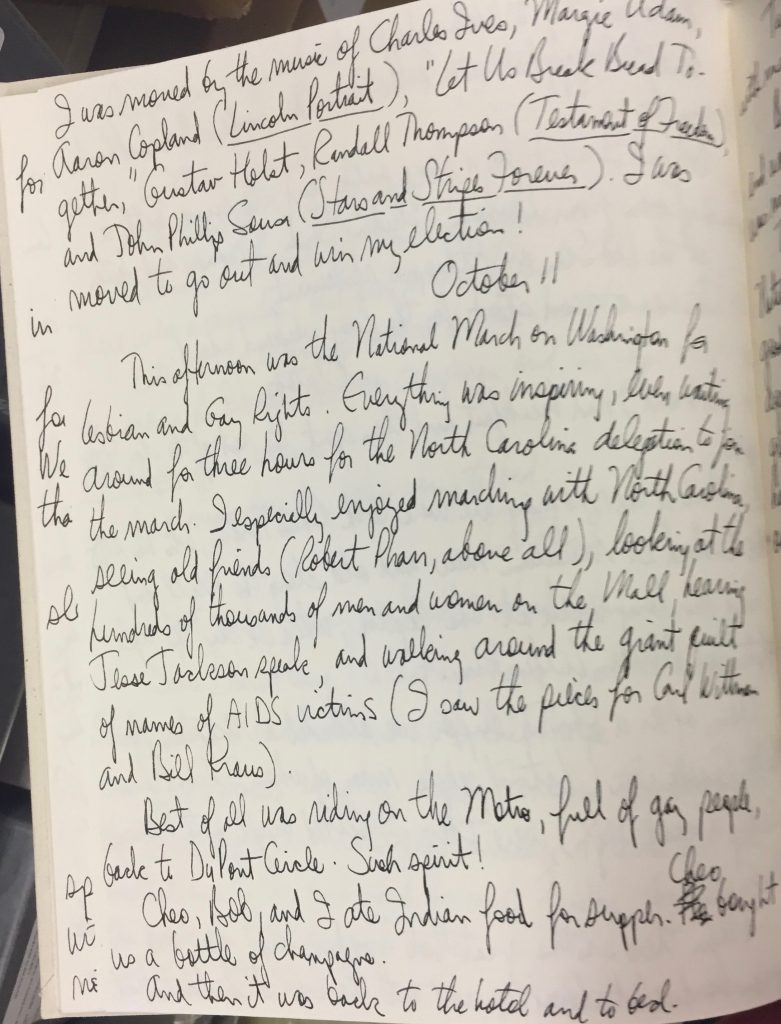 I was moved by the music of Charles Ives, Margie Adam, Aaron Copland (Lincoln Portrait), “Let Us Break Bread Together,” Gustav Holst, Randall Thompson (Testament of Freedom) and John Phillip Sousa (Stars and Stripes Forever). I was moved to go out and win my election!

This afternoon was the National March on Washington for Lesbian and Gay Rights. Everything was inspiring, even waiting around the three hours for the North Carolina delegation to join the march. I especially enjoyed marching with North Carolina seeing old friends (Robert Phan, above all), looking at the hundres of thousands of men and women on the Mall hearing Jesse Jackson speak, and walking around the giant quilt of names of AIDS victims (I saw the ___ for Carl Wittman and Bill Kraus).

Best of all was riding on the Metro, full of gay people, back to DuPont Circle. Such spirit!

Cheo, Bob, and I at Indian food for supper. Cheo bought us a bottle of champagne.

And then it as back to the hotel and to bed.