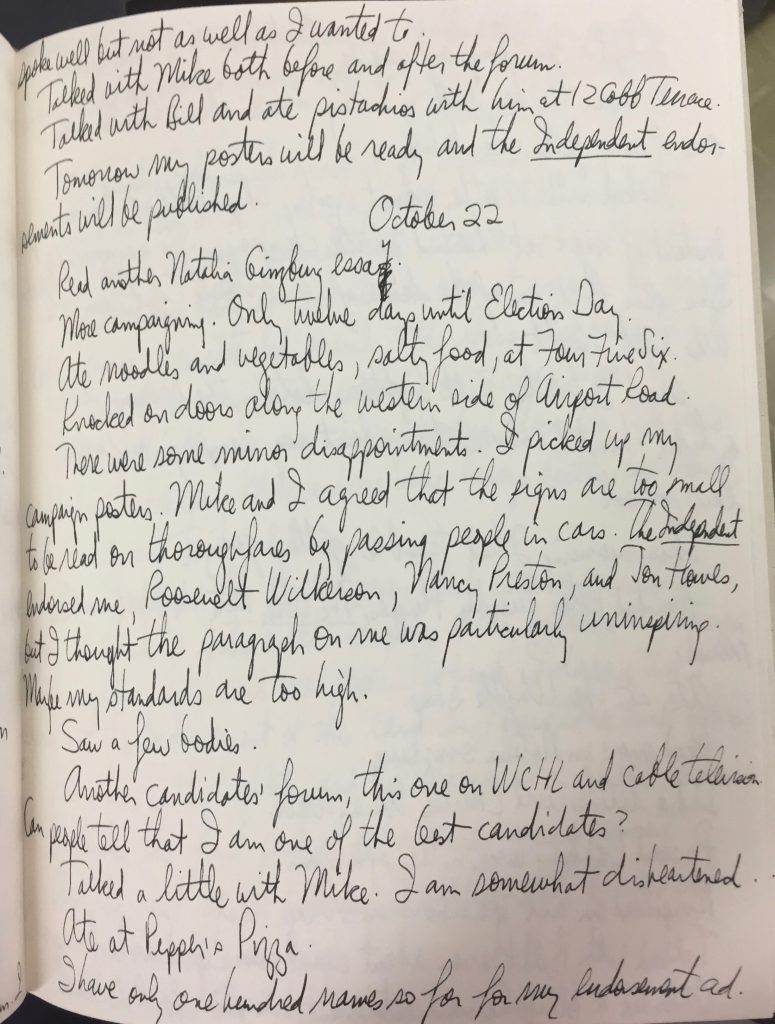 …spoke well but not as well as I wanted to.

Talked with Mike both before and after the forum.

Talked with Bill and ate pistachios with him at 12 Cobb Terrace.

Tomorrow my posters will be ready and the ‘Independent’ endorsements will be published.

Knocked on doors along the western side of Airport Road.

There were some minor disappointments. I picked up my campaign posters. Mike and I agreed that the signs are too small to be read on thoroughfares by passing people in cars. ‘The Independent’ endorsed me, Roosevelt Wilkerson, Nancy Preston, and John Flaves, but I thought the paragraph on me was particularly uninspiring. Maybe my standards are too high.

Another candidates’ forum, this one on WCHL and cable television cam. people tell that I am one of the best candidates?

Talked a little with Mike. I am somewhat disheartened.

I have only one hundred names so far for my endorsement ad.