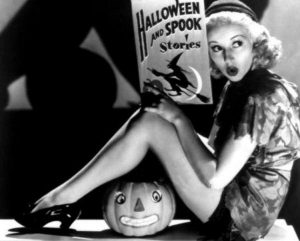 Preparing for Halloween around the SHC can get a little spooky! Wandering through Wilson Library’s dark and silent stacks may uncover some truly spine-tingling tales. The archive documents many stories that hold cultural importance for the South, including some creepy North Carolina ghost stories.

A journalist, and active University of North Carolina Alum, named John Harden, compiled records of well-known ghost stories from different areas in North Carolina. Out of these grew two books, Devil’s Tramping Ground and Tar Heel Ghosts. The tales tell chilling supernatural events from familiar North Carolina locations. In 1955, WUNC television produced some of these stories as short programs. From the script drafts and illustrations for these shows, I’ll summarize two of the spookiest stories for you, to set the mood for a truly spook-tacular Halloween!

This truly hair rising tale is a sailors’ story of terrifying apparitions seen on a stormy sea near the appropriately named Cape Fear, North Carolina. Legend from the area tells of two Scotsmen who were executed by the British during the American Revolution, between Wilmington and Southport on the Cape Fear River. African-American superstition in the 19th century told of two ghostly apparitions appearing during storms at the same spot.

One evening a well-known Captain, Captain John M. Harper was sailing the haunted stretch of river between Wilmington and Southport. The weather started to turn stormy and cold. In the darkness, some of the men on his boat began recounting times during which these ghosts had been seen. One man suggested that the two ghosts were probably the Scotsmen looking for a ship to carry them home. As the wind and the rain got worse, one man on Captain Harper’s ship saw an apparition clutching the railing, with a beard encrusted in ice. The crewman tried to save him from falling overboard, but the man disappeared. Returning to the captain, he reported what he had seen.  To keep the men calm, Captain Harper began joking about how they should watch out for more ghosts.

As the weather grew worse they began passing the plantation where ghosts had been seen previously. All the crew grew more and more uneasy. A shrill shrieking sounded across the water from the direction of shore.  The screams began getting louder and louder coming from a spot where colonial ships used to anchor. An object began to take shape in the darkness, and an impossibly ancient, seaweed-covered barge appeared before them.

The Captain ordered the crew to help the barge. But no sooner had they begin to throw a line, than they saw two figures dressed in Scottish garb wrapped in chains on board. The ghostly figures reached toward Captain Harper’s ship. As soon as they tried to pull the rotting barge closer it was swallowed by the angry river waves.

As they continued down the river, they came upon another boat wrecked by the storm. On board were two weakened men who had been shouting for help, revealing the source of the earlier screaming. However, most of the crew remained convinced that some of the unearthly yelling originated from the phantom barge they saw in midst of the terrible storm.

A Haven for Ghosts

A North Carolina man built his dream home near the banks of the Yadkin River upon the foundation of an old tavern. On his first night in the new house he heard what sounded like digging outside. Thinking that the construction men returned to find something, he looked out the window and saw his empty yard. Yet while gazing out into the dark he still heard sounds indicating that there was digging. Concerned, since animals could not be making that noise, he went to look around his property. When he went to turn the bolt on the door– that he carefully locked before bed–he found it already unlocked. Gazing around the property, he saw no evidence of anyone having been near the house. He heard a noise coming from his basement and quickly entered the basement shouting, but no one was there. Determining to investigate more in the morning, he returned to his bedroom. Just as he was about to drift off to sleep he heard the sound of something heavy falling in the room. But when he turned on the light nothing was disturbed. 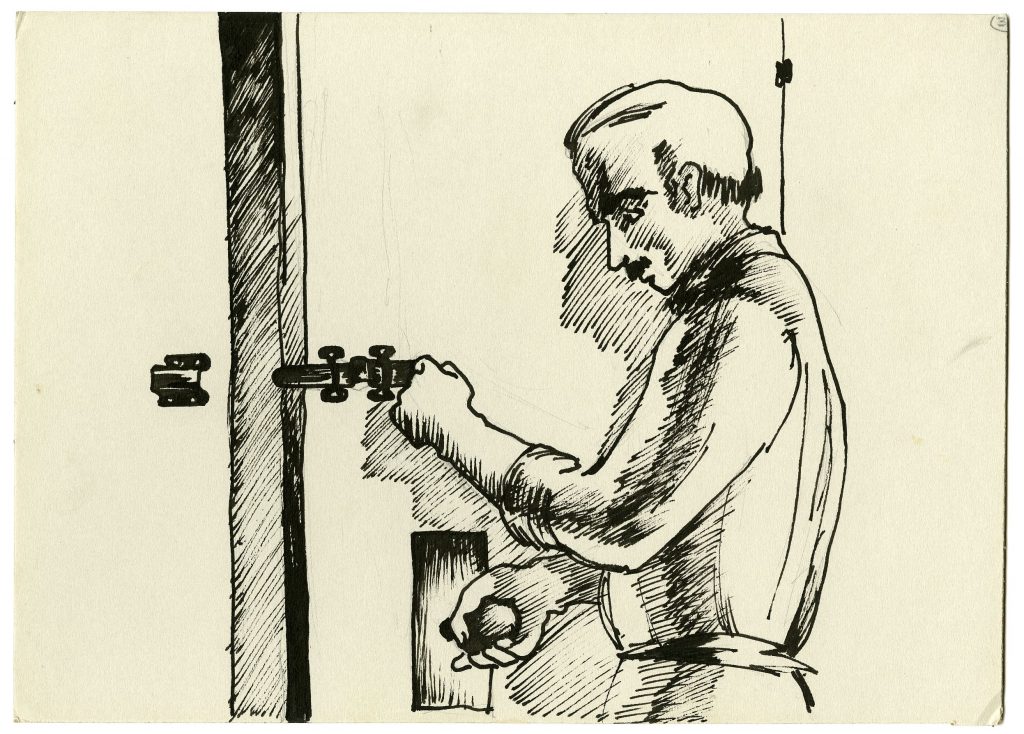 As this series of events continued each night with no physical evidence, he began inquiring about it to neighbors and others from the area. They told a tale of a traveler who was rumored to be wealthy. The traveler had stayed in the old tavern after the Civil War on his way home. He was stabbed by a group of thieves looking for his money and buried outside. The thieves, however, were unable to find any money and searched the cellar.  Months later a bag of gold fell from the rafters of the tavern, and many believed this to be the traveler’s money that the thieves were unable to turn up.

Though he was never able to rid himself of the noises in the house, the man began to unearth rumors that every structure built on the old foundation had always burned down, every so often.  A year after the man finished building his house he went on an infrequent trip out of town. When he returned he found that his brand new house had burned down to the original foundation, giving the blackened stones a fresh charcoal coating.

Feel free to check out more of these spooky stories documented in the John Harden Papers, found here in the Southern Historical Collection!

Source for these stories:
From Folders 1879-1897, In the John Harden Papers #4702, Southern Historical Collection, The Wilson Library, University of North Carolina at Chapel Hill.