To those of you returning to campus from spring break, welcome back!  Here at the Library, it’s the season for new books – lots and lots of recent acquisitions spanning a variety of disciplines and genres.

For instance, if you’ve been to the library recently, you may have noticed our updated display: 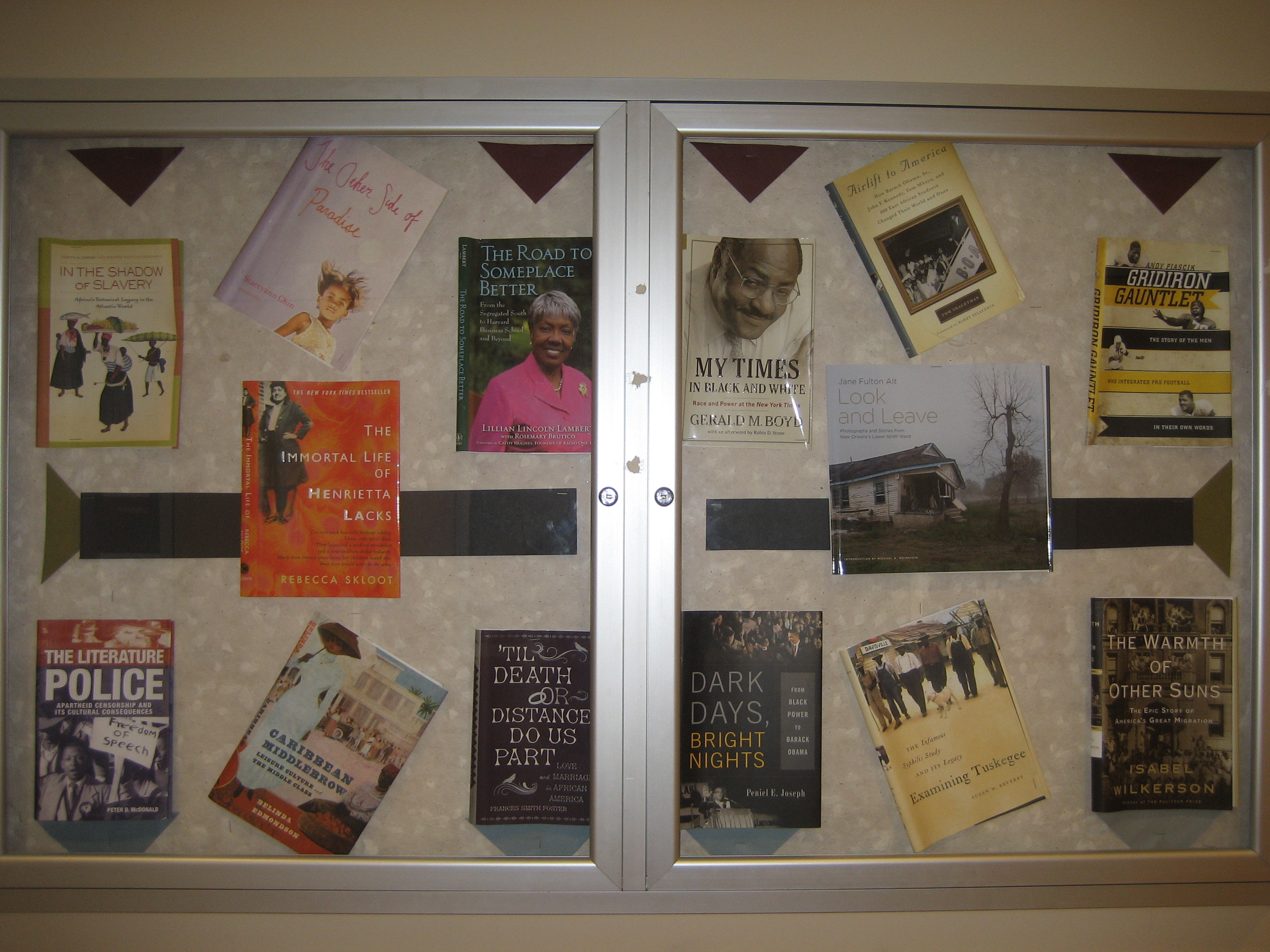 Here’s a closer look at some of our current highlights:

In the shadow of slavery : Africa’s botanical legacy in the Atlantic world (Judith A. Carney and Richard Nicholas Rosomoff).

The other side of paradise : a memoir (Staceyann Chin).

The road to someplace better : from the segregated South to Harvard Business School and beyond. (Lillian Lincoln Lambert with Rosemary Brutico).

Til death or distance do us part : marriage and the making of African America (Frances Smith Foster).

My Times in black and white : race and power at the New York times (Gerald M. Boyd ; afterword by Robin D. Stone).

The warmth of other suns : the epic story of America’s great migration (Isabel Wilkerson).

Gridiron gauntlet : the story of the men who integrated pro football in their own words (Andy Piascik).

Interested in any of these titles?  Click on the links above to check their availability online or come by the Stone Center Library, where you can also peruse our additional display of new books (in the back, by the periodicals).  Happy reading!