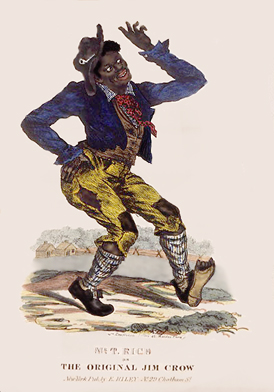 
Halloween is coming up, and there are no shortage of creative costume ideas to pull from. There are classic scary options, like vampires, or more fun options like personified puns (Freudian slip, anyone?). However, seemingly every year there comes a dreaded story of white people dressing up as black people, dark foundation included.
Take, for example, the students at St. Mark’s College in Adelaide, Australia, who dressed up in blackface for various parties throughout this year. Some students chose to imitate famous black athletes like Michael Jordan at the school’s annual Garden Party. Another photo taken in 2016 depicts a student dressed up as an “African” and referencing the AIDS crisis occurring there with a sign saying “Race: African; Blood type: AIDS positive.”
Or consider students at the University of Mississipi attending an Alpha Tau Omega Halloween party. Two white men dressed in a group costume: one is in blackface, picking cotton. The other? A police officer, holding a gun to his partner’s head. The brothers of a fraternity at California Polytechnic State University dressed up as gang members during the weekend of the school’s multicultural celebration. One of the brothers in the picture dressed in blackface.
These examples are not just evidence of individual racism; rather, they come from a long history of white people dressing up in blackface. This type of performance is called minstrelsy. In these acts, white performers dressed up as negative caricatures of black people. Actors would rub burnt cork on their faces and exaggerate the wideness of their nose and thickness of their lips.
Minstrelsy too was not a subculture; rather, it was prevalent throughout America and became the first uniquely American popular culture.