As we conclude our tripartite series highlighting new arrivals currently up on display at the Stone Center Library, today’s list should especially appeal to religious scholars. Click on the links below for more information on each title, including summaries and current availability, or check out our previous posts in this series here and here.

Happy reading! Our display changes regularly, so be sure to come on by and check out what’s new @the SCL.

Last week, we posted a partial listing of new books currently on display here at the Library. Today, we continue with a quick posting on new arrivals covering a wide range of topics in education – in the U.S. and abroad, secondary and post-secondary pedagogy and experiences, and other recent research.
Check out what’s new @the SCL, part 2:

Enjoy! And don’t forget to stay tuned for next week’s final installment, featuring new acquisitions on a variety of topics related to religious studies.

Have you seen our latest display? 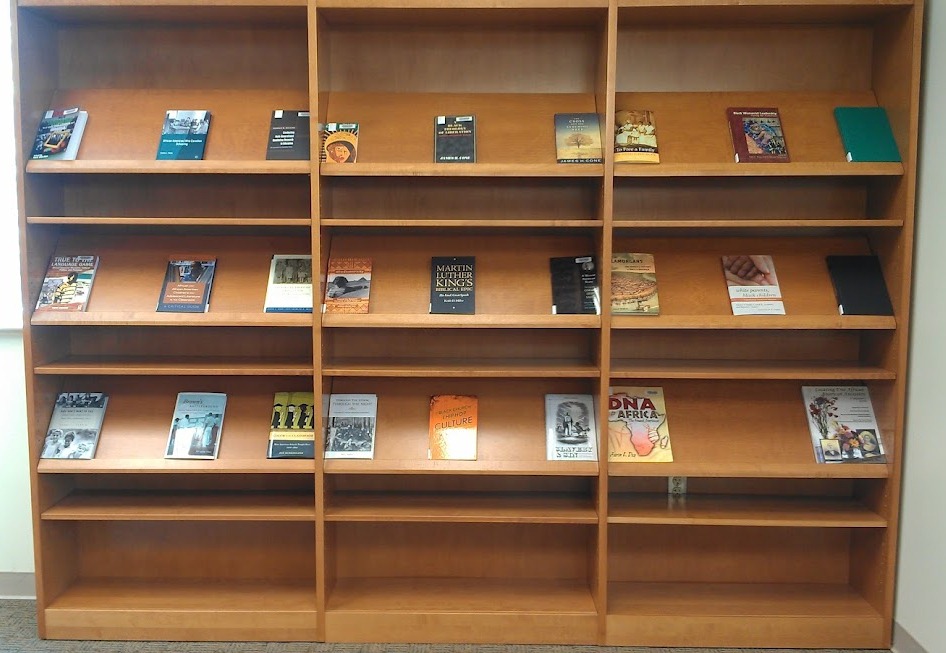 Featuring titles newly available here at the Stone Center Library, current highlights include topics such as religion, genealogy, education, women’s studies and more. We encourage you to come on by and check them out, and will be introducing these titles in a weekly three-part series, starting today with a variety of resources pertaining to family:

Coming up next week: new titles in education studies.

These are but a sample of the thought-provoking issues raised in this volume, in which “The authors and research participants speak candidly about their experiences, exploring a myriad of topics including dating costs and rewards, relationship challenges, work/life balance, multiple intersecting identities, negative perceptions, and identity negotiation.” A complete summary and further information is available here in the UNC library catalog and we highly encourage you to come by the Library and check it out!
For more on this topic, here are a couple of other titles, also available here at the SCL:

Are you a fan of superhero movies? Then today’s SCL Pick is for you! One of our latest arrivals is Super black : American pop culture and black superheroes, by Adilifu Nama (University of Texas Press, 2011). Check out an excerpt from the publisher’s review below:
“Nama examines seminal black comic book superheroes such as Black Panther, Black Lightning, Storm, Luke Cage, Blade, the Falcon, Nubia, and others, some of whom also appear on the small and large screens, as well as how the imaginary black superhero has come to life in the image of President Barack Obama. Super Black explores how black superheroes are a powerful source of racial meaning, narrative, and imagination in American society that express a myriad of racial assumptions, political perspectives, and fantastic (re)imaginings of black identity. The book also demonstrates how these figures overtly represent or implicitly signify social discourse and accepted wisdom concerning notions of racial reciprocity, equality, forgiveness, and ultimately, racial justice.” (Source: http://www.utexas.edu/utpress/books/namsue.html)
Looking for more on the topic? Professor Nama has also written Black Space: Imagining Race in Science Fiction Film, which is available at Davis Library. If you’re looking to broaden your search, subject headings that may be of use include “African Americans in motion pictures” and “Blacks in motion pictures.” There’s also the Stone Center Library’s Guide to the Web, which features sections on Films and Documentaries, as well as Film Festivals. And, as always, we’re happy to provide reference assistance – whether it’s in person, via email, or through chat reference (StoneCenterRef) – come on by for a consultation!

Did you know that May is Asian-Pacific American Heritage Month? This celebration was established in 1978, and recognizes the contributions of Asian and Pacific Islanders in the United States. “The month of May was chosen to commemorate the immigration of the first Japanese to the United States on May 7, 1843, and to mark the anniversary of the completion of the transcontinental railroad on May 10, 1869.” (Source: http://asianpacificheritage.gov/about.html)
With this in mind, today’s SCL Pick is the newly-acquired Interracial Encounters : Reciprocal Representations in African American and Asian American Literatures, 1896-1937. Written by Julia H. Lee (2011, New York University Press), this book “explores the diverse ways in which Asian American and African American texts represented racial relations and racial others in an era dominated by a national racial philosophy that presumed, as W.E.B. Du Bois put it, the ‘high civilization of the whites, the lack of culture among the blacks, the apparent incapacity for self-rule in many non-Europeans, and the stagnation of Asia’” (Source: Syndetic Solutions).
Interested in this area of study? Come by the SCL! Today’s pick is but one of several volumes on Afro-Asian topics available here at the Library. For instance, check out last year’s selections here and here. And stay tuned for more SCL Picks this week and next, as we highlight some fabulous new titles that have recently been added to the collection. Happy reading!

In addition to being National Poetry Month, did you know that April is also Jazz Appreciation Month?

“April was selected by the National Museum of American History, the originator of the tribute, because so many seminal people were born this month. The list includes Duke Ellington, Ella Fitzgerald, Billie Holiday, Charles Mingus, Tito Puente and Herbie Hancock.” (Source: The Washington Post)

In addition, today – April 30th – also marks the inaugural observation of International Jazz Day! Whether you’ve been celebrating all month, all year, or just for today, here’s a sampling of related books available here at the SCL:

For more online resources, keep in mind the Stone Center Library’s Guide to the Web, which includes an ample music section under the category of “Arts.” Enjoy! 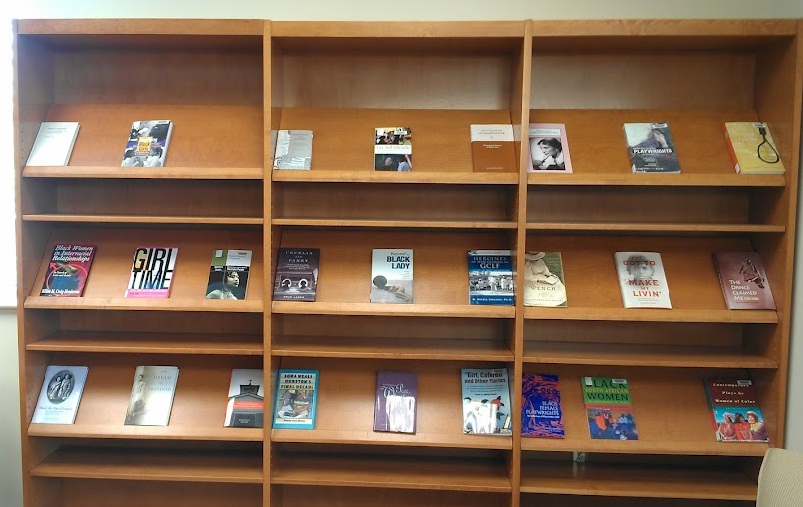 Spring Break is just around the corner! Next week, the Stone Center Library will be operating on a reduced schedule, so please be sure to plan accordingly:

Working on midterms and projects? Thinking ahead to final papers? Don’t forget to make use of not only the Library, but our blog archives, for inspiration as well as fun reads. Not sure where to start? Here are a few suggestions:

We will be open regular hours this week and encourage those of you on campus to make use of our group study rooms, lovely carrels, and well-lit study area. Can’t make it to the library? Our chat buddy name is StoneCenterRef or contact Stone Center Librarian Shauna Collier at shauna.collier@unc.edu for an in-person consultation.