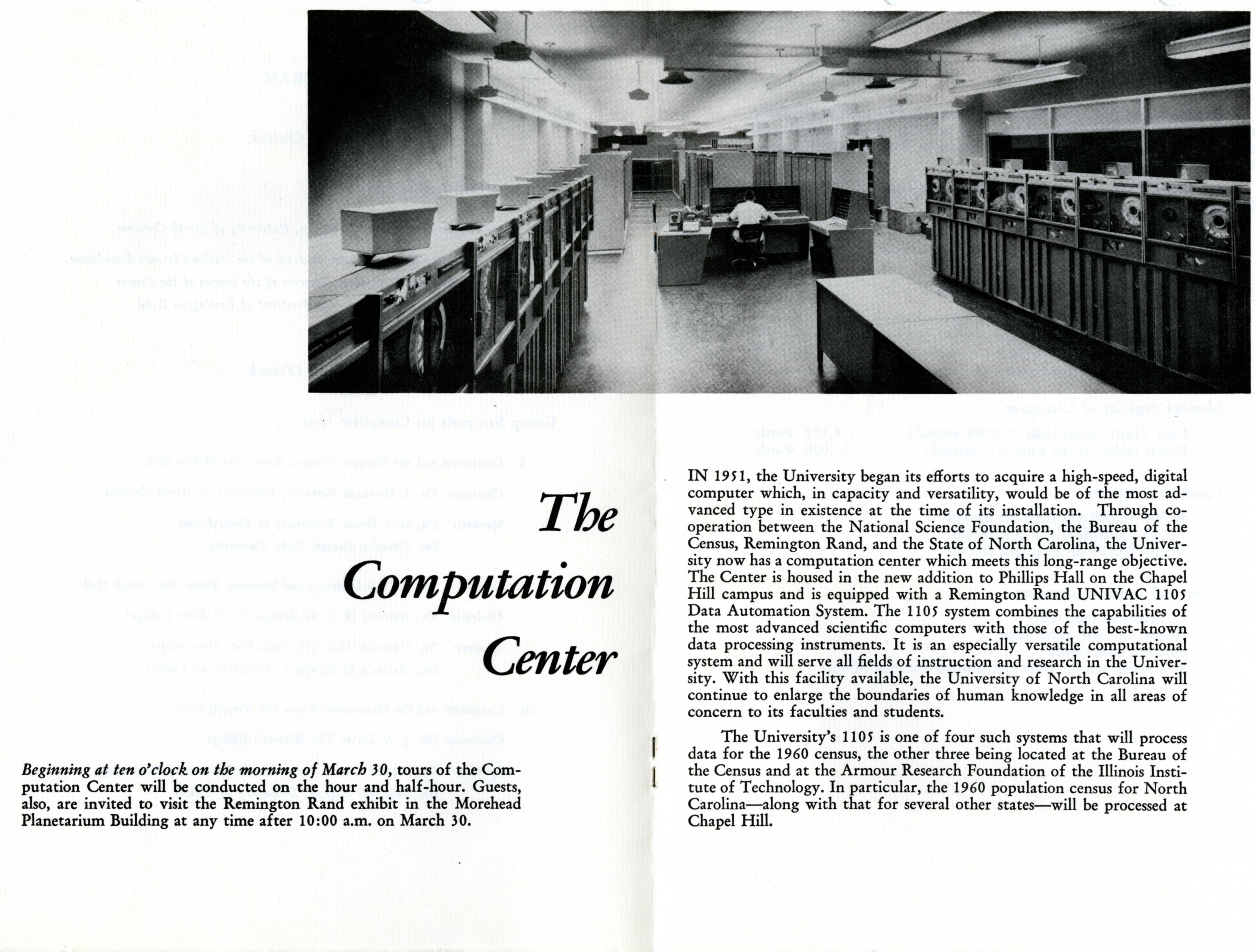 5 thoughts on ““Visions of Tomorrow With Computers of Today”: UNC’s First Computer in 1959”