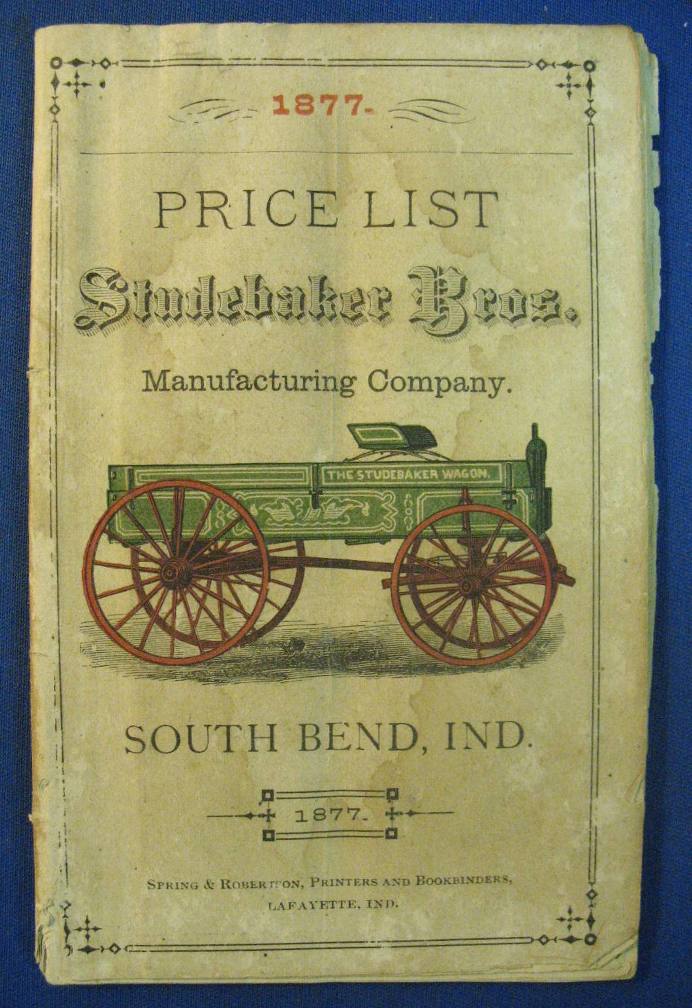 The catalog includes wonderful pictures of the 1877 models (with such names as: “Salt Lake Wagons” or “Pic Nic Wagons”), a nice pullout engraving showing the South Bend factory, a page extolling the virtues of The Studebaker Slope Shoulder Spoke (“the most solid and strongest wheel yet invented”), and price lists for wagon upgrades (like “seats” or “brakes”). Finally, the catalog includes a list of the “Eleven Reasons Why Everybody Should Buy the Studebaker Wagon.” Here are some highlights from those reasons:

First: It is made of the best selected INDIANA TIMBER, the same being cut at the proper season of the year, piled under sheds, properly dated, and allowed to remain there from three to five years.

Sixth: It is the only wagon in which the SLOPE-SHOULDER SPOKE is used. hence they have the best wheel, which is actually the foundation of the wagon, and should be carefully examined by persons purchasing. 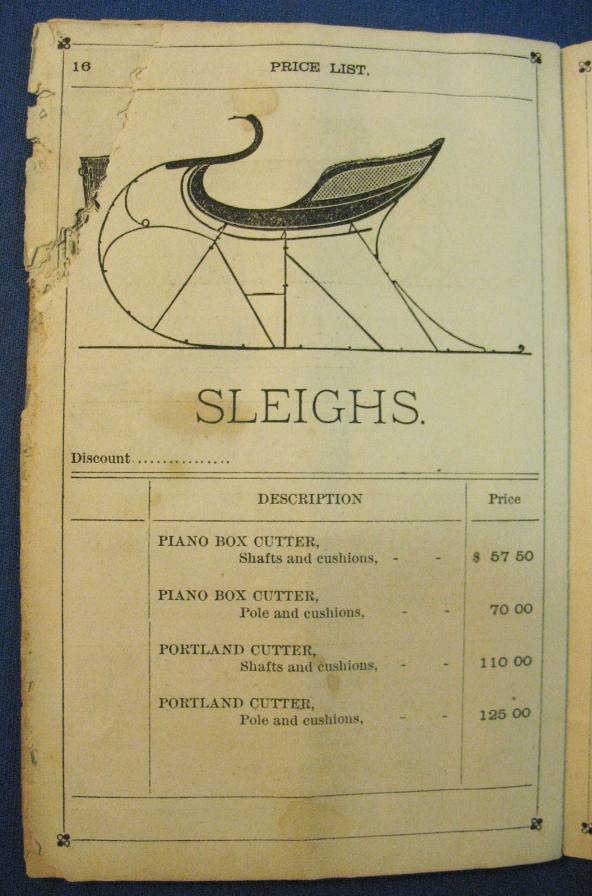 Ninth: The Studebaker Brothers are practical workmen, attend to their business personally, and do not intrust it to the Foreman, as is generally the case in large factories, hence the superiority of their work over all others.

[Thought I’d just throw in a picture of their sleigh selection, for good measure. If you had some dashing to do in the snow in 1877, it looks like it would have only cost you $57.50 to get outfitted with one of these beauties.]