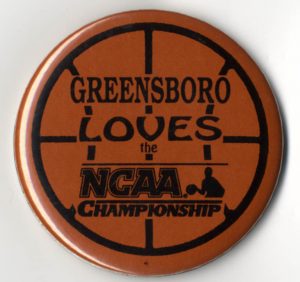 On Dec. 23, 2000, after his team had come back from 19 points behind against North Carolina, point guard Earl Watson grabbed the front of his jersey with both hands and displayed the “UCLA” to the Pauley Pavilion student section. Thus was born, or least popularized, the custom of “jersey popping.” (The Tar Heels won, 80-70.)

Joey Rodriguez popped his “VCU” after KOing Kansas, but I didn’t notice any Kentucky players pausing to pop Sunday night. During the game, however, Darius Miller made a spectacle of himself — basketball’s latest on-court fad.