“The black-and-white photograph looks like yet another portrait of a bright-eyed, fresh-faced, all-American World War II recruit….

“What makes the photo historic? The young Marine pictured, Howard P. Perry [of Charlotte], was the first African-American Marine recruit in 167 years.

“Especially after America entered what became World War II, the rigid, proud, traditional Marines were particularly resistant [to enlisting blacks]. Major General Commandant Thomas Holcomb anticipated ‘a definite loss of efficiency in the Marine Corps if we have to take Negroes’….

“Nevertheless, the government appropriated $750,000 to build barracks at Montford Point, a satellite camp in North Carolina outside what in late 1942 became Camp Lejeune. Through 1949, nearly 20,000 African-American Marines would train there.

— From “The Story of the First Black Marine” by Gil Troy at the Daily Beast (Nov. 29) 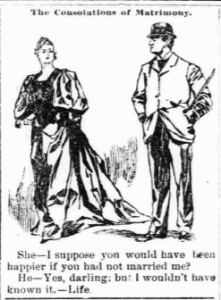