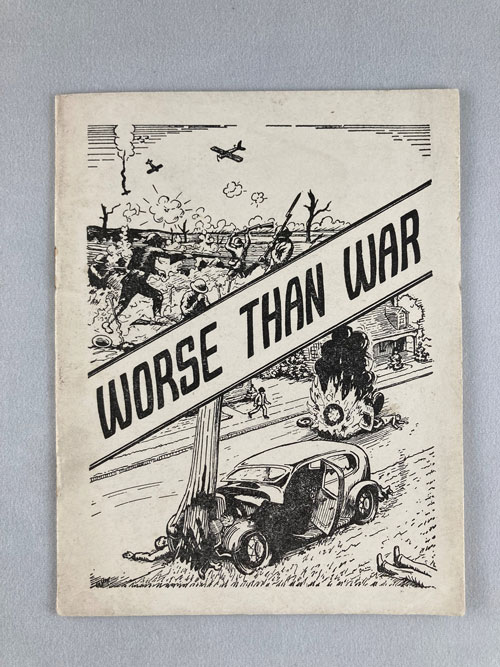 “1 — I will not hang on the back of trucks, busses, automobiles, or horse drawn vehicles while skating.

“3 — I will not play baseball, football, basketball or roll hoops on or near the streets or highways.

“9 — I will not climb telephone, telegraph or electric light poles.”

— From the “10 Point Safety Pledge” proffered in “Worse Than War,” a booklet published by the Carolina Motor Club (1930s?)

Although the cover illustration suggests World War I, the Lost Cause scores a vivid walk-on role:

“Almost a century later we read of that futile war between the states, with brother fighting against brother, that sent the southerners back home to desolate plantations, with their negroes gone, their wives and children quivering with hunger, and their brothers sleeping on the battlefields at Gettysburg….”