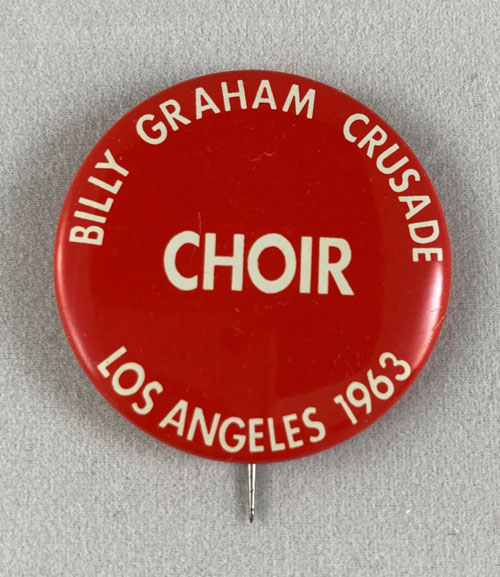 “Since beginning his ministry in 1947, evangelist Billy Graham conducted more than 400 crusades in 185 countries and territories on six continents….  “Graham gained national prominence after his 1949 Los Angeles crusade, which took place in a circus tent that held 6,000 people. Originally scheduled for three weeks, the campaign was extended an additional five weeks.

“Graham returned to L.A. for his 1963 Southern California crusade, which was held at the Coliseum Aug. 15 – Sept. 8. The final-night crowd of 134,254 remains an all-time Coliseum record.”

A sample from Graham’s Los Angeles sermons and one from the crusade’s 5,000-voice choir.