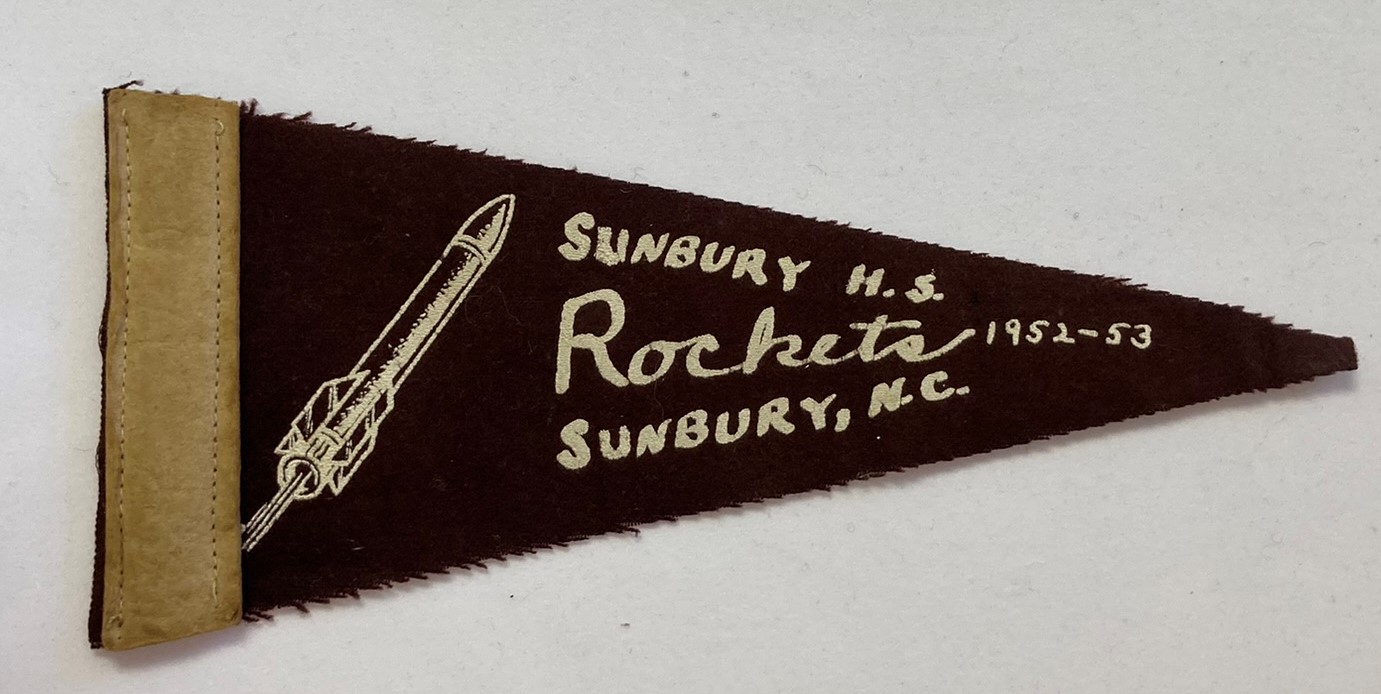 When students at Sunbury High School tacked these 8-inch felt pennants on their bedroom walls, they likely couldn’t imagine that just a decade later their tiny, rural alma mater would be merged into the new Gates County High in Gatesville.

The SHS building, circa 1937, became an elementary school, which survived until being abandoned in the late 1960s. It was added to the National Register of Historic Places in 2009.

“GATESVILLE, N.C. — Gates County historian Linda Hofler pointed to a tiny place on the map where the boundary between North Carolina and Virginia turns just a little.

“About a half-mile is all.

“ ‘It’s one of those quirks, and you wonder why in the world,’ said Hofler, who taught history in Gates County… for more than 30 years.

“Well, there is a story behind that entire line, including the southward jog, that mostly involves collecting taxes and avoiding swamps….”

— From “Along North Carolina-Virginia border, a tiny turn in the map and a history of lies and controversy” by Jeff Hampton in the Virginian-Pilot (Jan. 2)