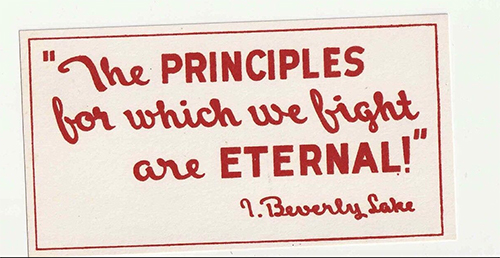 Lake did indeed run again, but finished third in the Democratic primary behind Dan K. Moore, the eventual governor, and L. Richardson Preyer. He was the state’s last major political candidate who espoused absolute segregation.
.