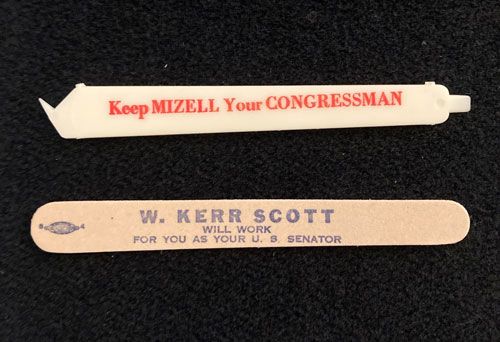 I had called these humble political giveaways fingernail files, but more specifically — according to an expert — they are emery boards.

That distinction likely made scant difference to candidates such as W. Kerr Scott and Wilmer “Vinegar Bend” Mizell.

Mizell’s emery board would be from one or more of his 1970, 1972 or 1974 reelection campaigns. Scott’s, from his successful 1954 campaign for U.S. Senate, is notable for its union bug, given the state’s often chilly attitudes toward organized labor.