As he opened the Southern Conference on Race Relations on October 20, 1942, sociologist Gordon B. Hancock compared the meeting of fifty-seven African-American professionals to the gatherings of revolutionaries two centuries before in Boston’s Faneuil Hall. “The matter handled in Faneuil Hall was delicate, but it was firmly handled and the world thereby was blessed,” he told those assembled at the North Carolina College for Negroes (now North Carolina Central University) in Durham. “So in this historic meeting today, whatever advance step we may make in race relations will rebound to the advantage of the South and nation no less than to the advancement of the Negro race.”

Hancock, a 57-year-old professor at Virginia Union University in Richmond and a nationally-syndicated columnist for African-American newspapers, had joined with several other prominent African-Americans from the South in calling the Durham meeting. They were concerned about the poor state of relations between blacks and whites in the South. Lynchings were still occurring. Black unemployment was high. And, as had happened during World War I, African-American soldiers were fighting for democracy overseas while facing segregation at home. In a December 1941 column titled “Interracial Hypertension”, Hancock had cautioned that “unless matters are speedily taken in hand and shaped according to some constructive plan, we shall probably lose many important gains in race relations that have been won through many years, through sweat and tears.” In a subsequent column, Hancock called for a “Southern Charter for Race Relations.” Such a document, Hancock wrote, would “set out specific demands such as the moral right to work for an honest living; the right to share equitably in the educational opportunities, without which [African-Americans] cannot function in a democracy; the right to vote for the mayors and governors, law makers and law enforcers, officials who control [African-Americans’] daily life, as well as for the President, who is powerless in local affairs.”

Hancock’s call for a charter sparked interest from other African-American leaders. Luther P. Jackson, a historian at Virginia State College in Petersburg, and P. B. Young Sr., the publisher of the Norfolk Journal & Guide, joined in the push for a conference to draft the document. Young even published a feeler in the May 24, 1942 issue of his paper, asking readers whether they would attend such a meeting. The response was largely positive.

Once agreed on a time and place for the meeting, the planners focused on the list of invitees. Jackson argued that they should invite African-American leaders from throughout the country. But Hancock and Young worried that such a move would lead Southern whites to dismiss the meeting as the work of Northern agitators. Eventually their view prevailed.

Planners sent invitations to seventy-five prominent African-American professionals living in the South. And on October 20th, 1942, fifty-seven people showed up in Durham for the meeting. Others sent letters or telegrams of support. Attendees included university presidents, educators, ministers, physicians, businessmen, labor union officials and social workers. Conferees were mostly male, with only 5 women participating. Noted African-American writer and scholar W. E. B. DuBois had been invited. But he declined the invitation.

As the day’s deliberations drew to a close, Benjamin E. Mays, president of Morehouse College in Atlanta, urged attendees to draft a conference statement. Charles S. Johnson, a sociologist at Fisk University in Nashville, was selected to lead the drafting committee. The group immediately set to work. But they were unable to complete the document by day’s end and they chose to continue their discussions at subsequent meetings. During deliberations in Atlanta (November 6, 1942) and Richmond (November 26, 1942) members seemed to fall into three camps – those who wanted a complete and unequivocal denunciation of segregation, particularly in education; those that feared a strong denunciation of segregation would threaten partnership with Southern, white liberals and consequently favored wording that showed an openness to compromise; and those who favored conciliatory language that opposed segregation and stressed the importance of economic opportunities for blacks.

It fell to Johnson to synthesize the various views into one statement and he did so, releasing A Basis for Inter-racial Cooperation and Development in the South: A Statement by Southern Negroes on December 15, 1942. The document, which came to be known as the “Durham Manifesto,” broached the topic of integration in a carefully worded preamble. Johnson wrote that conferees were “fundamentally opposed to the principle and practice of compulsory segregation,” but that they regarded “it as both sensible and timely to address ourselves now to the current problems of racial discrimination and neglect and to ways in which we may cooperate” in improving race relations. The statement then laid out steps for improving the treatment of African-Americans in education, the legal system, farming, the workforce, the military and health care.

The Southern white press had generally favorable reactions to the statement. But the African-American press was mixed in its response. The Houston Informer called the statement an “historical achievement destined to play a large part in bringing about adjustments” and a blueprint for African-American rights. But the Carolina Times, published in Durham, was less enthusiastic. Editor and publisher Louis Austin wrote that he thought the statement would do neither harm nor good. “About the only purpose it can serve is to give Negro intellectuals in the South an opportunity to show off by appearing profound, and Negro hirelings an opportunity to square themselves with the bosses of the opposite group…” he wrote. “So we say let the ‘Leading Southern Negroes’ rave. They no more have the leadership of the mass of Negroes in the South than if they didn’t exist. Let them get out their little statements and have their little meetings from time to time; it’s good exercise for them.”

Despite the mixed reaction to the “Durham Manifesto” from the African-American press, several prominent African-American leaders expressed their support. Both W.E.B. DuBois and Walter White, the head of the NAACP, backed the statement.

Many prominent Southern white moderates and liberals also found the “Durham Manifesto” inspiring. More than 100 of them met in Atlanta in April 8, 1943, to discuss it and then released their own statement in support and calling for further black-white dialogue to improve race relations. At subsequent meetings in Richmond and in Atlanta, a committee of African-Americans and Southern whites worked out plans for a bi-racial organization in the South. And in February 1944, the Southern Regional Council (SRC) held its charter meeting in Atlanta. Under the leadership of UNC-Chapel Hill sociologists Howard Odum and Guy Johnson, Fisk University’s Charles Johnson, and Atlanta University sociologist Ira Reid, the Atlanta-based organization began its fight against racial injustice—a battle that it continues to wage today through advocacy, education, and research. The Southern Conference on Race Relations may be all-but-forgotten, but its offspring lives on.

Egerton, John. Speak now against the day: the generation before the civil rights movement in the South. New York: Alfred A. Knopf, 1994.

A colleague recently found this image in our collection. Any guesses as to whom it is? 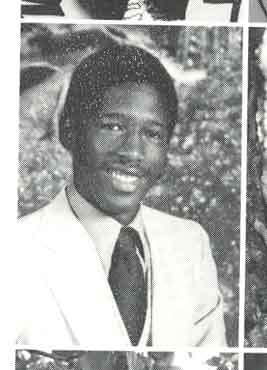 Leave your guesses in the comments box below.

–
The St. Petersburg Times quotes Florida gubernatorial candidate Alex Sink as recalling North Carolina as “the valley of humility between two valleys of conceit.” Did the reporter misquote or the candidate misspeak?
–
Regardless, that mangling is no match for what N.C. Rep. Cary Allred of Alamance County concocted during a 1999 debate on clean air legislation: “a valley of despair between two mountains of deceit.”
–
And then there’s this: According to the New York Times, “Benjamin Franklin is supposed to have described [New Jersey] as a valley of humility between two peaks of conceit, New York City and Philadelphia.”  I see the hand of a skeptical copy editor in that “is supposed to have,” but if the attribution is correct, then Franklin beat Mary Oates Van Landingham of Charlotte by a century or so.
–
In 1900, lamenting her state’s puny literary output, Van Landingham asked the Mecklenburg Historical Society, “Could it be that being located between Virginia and South Carolina, our people for so long have been furnished such conspicuous illustrations of self-appreciation that they have, by contrast, learned modesty and silence? Where there are mountains of conceit, there are apt to be valleys of humility.”