The Black Student Movement was established by African American students in November of 1967 as a result of their dissatisfaction with the campus NAACP chapter as well as the slow growth of the African American student population at UNC. UNC’s Virtual Museum, a growing online exhibit that focuses on UNC history, has just published an exhibit that recounts the story of the Black Student Movement at Carolina. 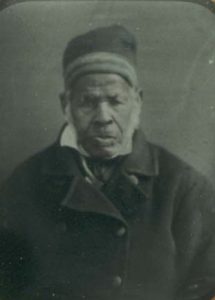 “There came to our place a large army, who killed many men, and took me, and brought me to the great sea, and sold me into the hands of the Christians, who bound me and sent me on board a great ship and we sailed upon the great sea a month and a half, when we came to a place called Charleston in the Christian language. There they sold me to a small, weak, and wicked man called Johnson, a complete infidel, who had no fear of God at all. Now I am a small man, and unable to do hard work so I fled from the hand of Johnson and after a month came to a place called Fayd-il [Fayetteville]….”

Omar ibn Said was brought to the United States as a slave in about 1807. After fleeing Charleston for Fayetteville, he was recaptured and jailed for 16 days. Eventually he was moved to the Bladen County plantation of James Owens, who represented North Carolina in the U.S. Senate from 1817-1819 and served as president of the Wilmington-Raleigh Railroad. Omar, known as “Moro” to the Owen family, remained a slave on the Bladen County plantation until his death in 1863, at about the age of 93. Prior to enslavement, Omar was educated in Koranic schools in present-day Senegal. He gained fame in North Carolina for his distinct dress and intelligence. A devout Muslim, Omar began attending services at a Presbyterian church in Fayetteville with the Owens family and was touted as a convert to Christianity. Scholars now dispute that fact. The English language version of Omar’s autobiography, originally written in Arabic, was published in 1831.

The Museum of the Cape Fear in Fayetteville is presenting an exhibit on the life of Omar ibn Said through Dec. 5.

Scholar Allan D. Austin will speak on African Muslims in the ante-bellum South, including Omar ibn Said, at Davidson College on Nov. 14