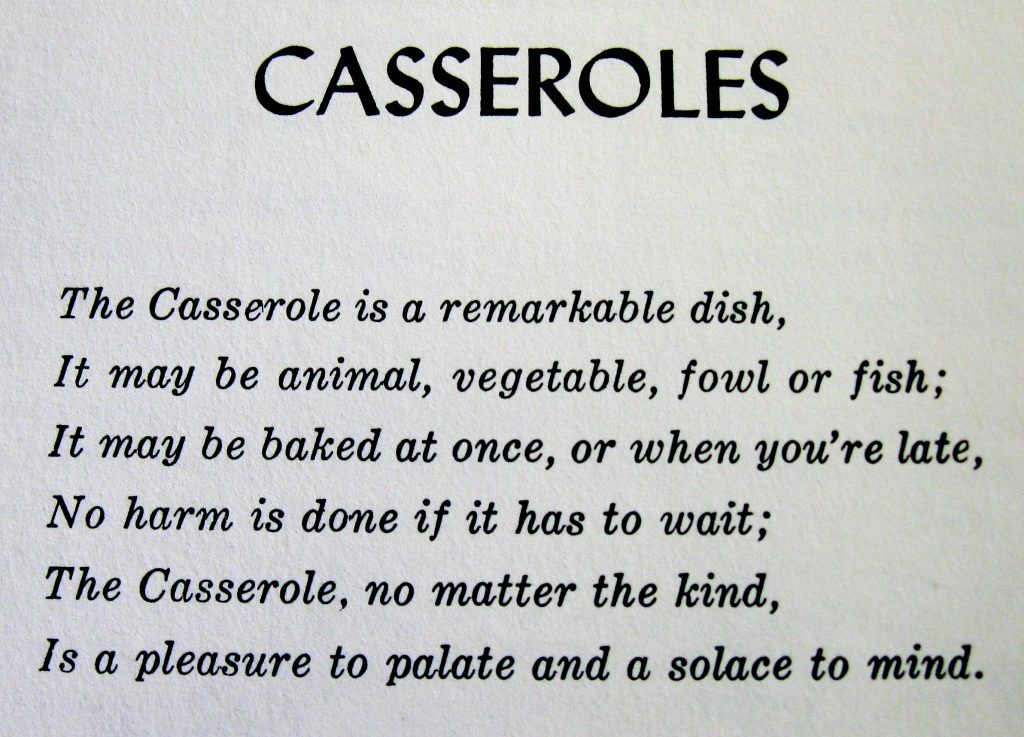 Casseroles from Favorite recipes of the Lower Cape Fear. 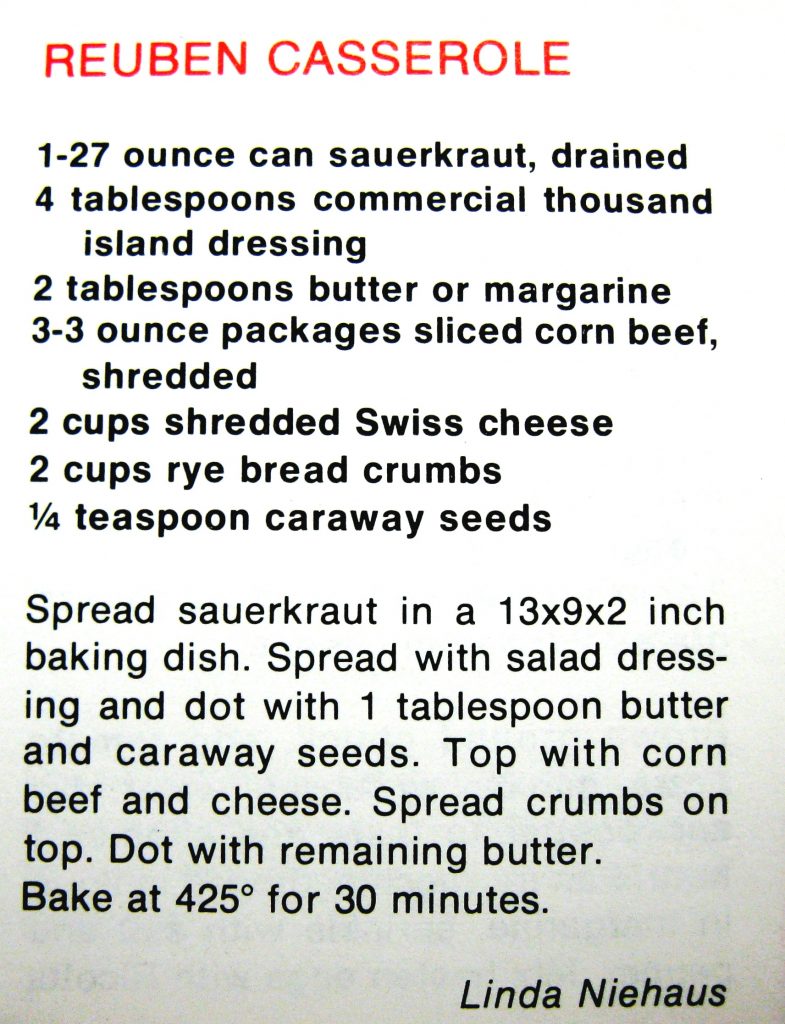 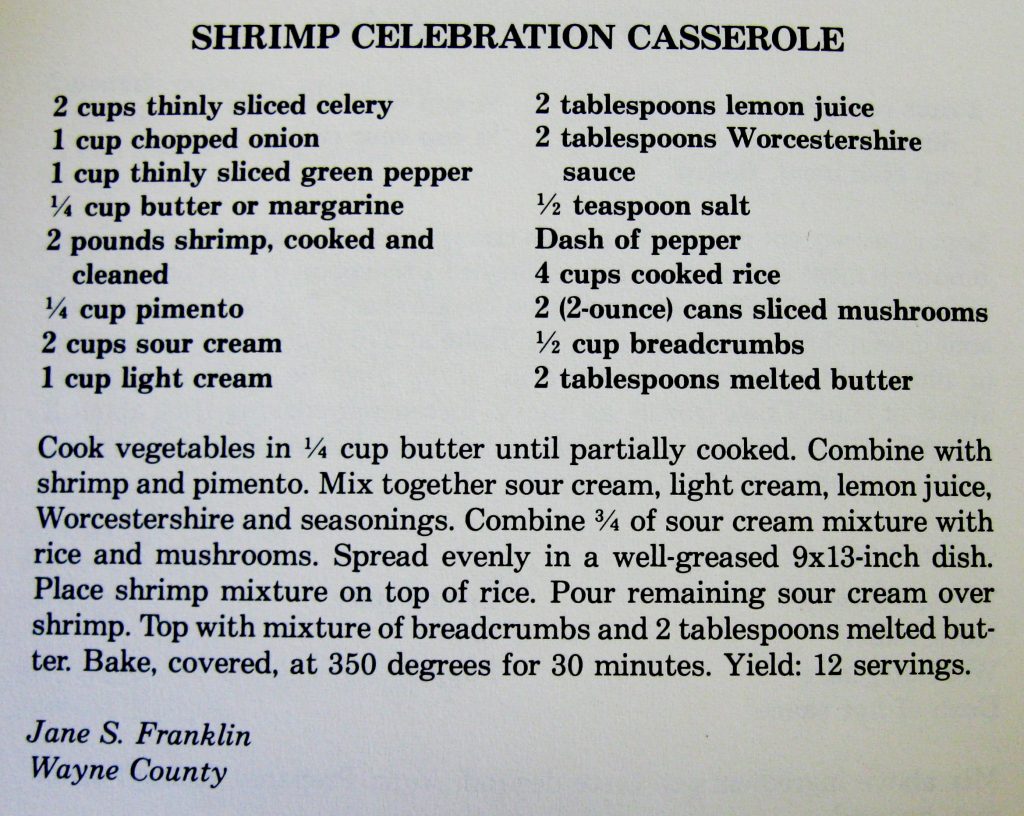 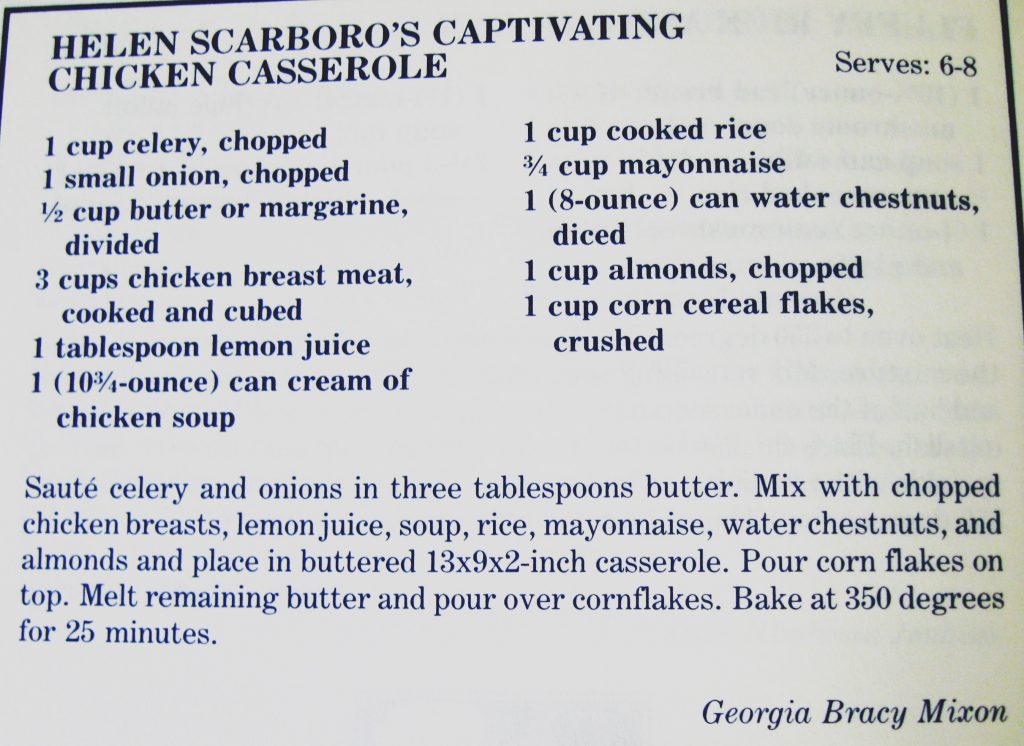 Helen Scarboro’s Captivating Chicken Casserole from A dash of Down East. 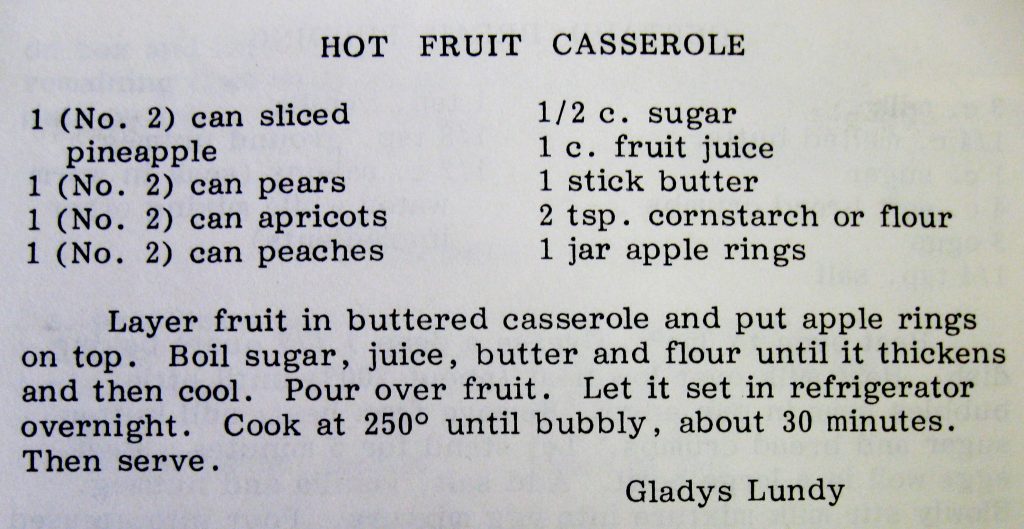 “Although Jefferson Davis never enforced his order to enslave captured black soldiers, some of his senior officers committed atrocities against black troops in violation of the code of war….

“Even more common was violence committed against individual black soldiers in captured areas of the South. In Morehead City, North Carolina, whites murdered a black soldier for taking ‘rather more liberty than an Anglo-Saxon [man] likes to submit to.’

“Soldiers expected danger from uniformed opponents, and Northern blacks were raised to be wary of white neighbors, but few were prepared for the threat of assassination in the dead of night….”

— From “The Wars of Reconstruction: The Brief, Violent History of America’s Most Progressive Era” by Douglas R. Egerton (2014)