1. In 1907 the town of Chadbourn in Columbus County claimed a world record for a one-day shipment of what agricultural product?

2. What comic actor lost his father and two brothers in the 1974 crash of Eastern Air Lines Flight 212 at what is now Charlotte/Douglas International?

3. What is the largest “City” in North Carolina?

4. “Who was the greatest writer? Wolfe! Thomas Wolfe. After me, of course.” Who said it?

5. True or false: North Carolina west of Asheville was once part of the Central Time Zone.

2. Charleston-reared Steven Colbert. Ten years old at the time of the crash, Colbert has traced his comedic roots to concern for his grieving mother: “I think I did my best to cheer my mom up.”

5. This was true from 1883, when time zones were established nationally, until 1947, when the legislature adopted Eastern Standard Time statewide. 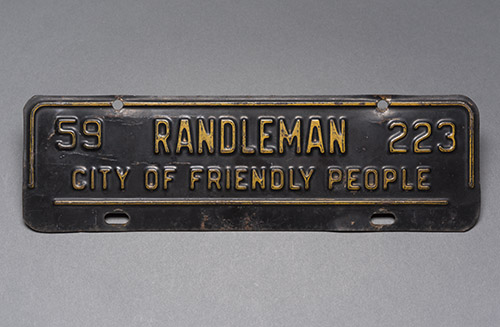 During the greater part of the 20th century, municipalities in North Carolina were empowered to collect their own vehicle taxes — and to issue license plates.  Local officials often saw this as an opportunity to add a unique self-promotional slogan.

If you’re advertising Apex, nobody’s likely to beat you to the title of “Peak of Good Living.” Or beat Benson to “Annual Sing-Mule Day,” Manteo to “Home of the Lost Colony,” Havelock to “Gateway to Cherry Point” or Love Valley to “Cowboy Capital.”

If, however, you’re claiming bragging rights to  “Friendly People,” better expect some competition.

“My father was an AME Zion minister in Badin, North Carolina, and the Albemarle area, and one of the reasons I was so drawn to [Thelonious] Monk’s music was because I recognized right away that all of his rhythms were church rhythms. It was very familiar to me. Monk’s brand of swing came straight out of the church. You didn’t just tap your foot, you move your whole body.

“We recorded ‘Carolina Moon’ [in 1952] as a tribute to our home state, with Max Roach on drums. Max was from Scotland Neck.”

— Band member Lou Donaldson, quoted by Sam Stephenson in “Thelonious Monk: Is This Home?” in the Oxford American (Fall 2007)

Even though Benny Davis, who co-wrote “Carolina Moon” in 1924, denied its connection to North Carolina, Monk’s rendition surely deserves a genealogy of its own. 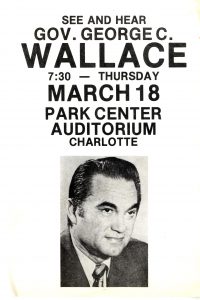 1. North Carolina’s road-building program was so admired that in 1929 the governor of another state hired away not only the chief engineer but also 21 staff members. Who was the governor?

2. In commercials during the 1960s cartoon sitcom “The Flintstones” what brand of cigarettes did Fred and Wilma smoke?

3. True or false: Mount Mitchell is the highest peak on the Appalachian Trail.

4. What city had North Carolina’s most active chapter of the Black Panther Party?

5. In 1879 the legislature approved the state’s first pension for Confederate veterans. To qualify for the $60 annual payment, veterans had to meet what disability requirement?

4. Winston-Salem, where Black Panthers provided free breakfasts for children and taught classes in black consciousness. A 1971 gun battle with police in High Point hastened the end of the Panthers’ presence in the state.

5. They had to be totally blind or to have lost both arms or both legs. About a dozen veterans qualified. 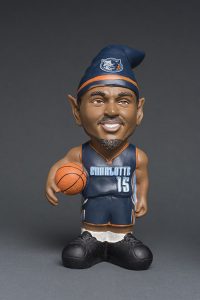 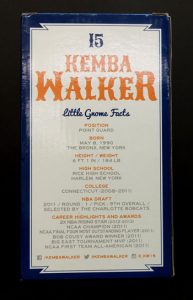 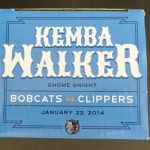 1. Which last name is more common in North Carolina than any other state: Earnhardt, Isenhour or Helms?

2. In North Carolina what was the most notable achievement of the New Deal’s Civilian Conservation Corps?

5. What slang word for prostitute has been traced to an 1845 letter to a classmate from a University of North Carolina student?

5. Hooker. “If he comes by way of Norfolk,” reads the letter, “he will find any number of pretty hookers in the Brick Row, not far from French’s Hotel.” The term is often incorrectly linked to Union general Joseph Hooker.

Perry-Belch Fish Co. was founded in Colerain 1927 and reconstituted as Perry-Wynns Fish Co. in 1952.

According to a summary of company papers at NCSU Libraries, “For decades, it was the largest freshwater herring fishery in the world, packing both herring and herring roe under the Tidewater Brand, the Bertie Brand and Chowan’s Best. It also ran a restaurant, the Sea Gull Cafe, that was open for lunch during the herring season in March and April. During the company’s height, it hired up to 200 seasonal and permanent employees.

“During the 1990s, the number of herring in the Chowan River fell, and employment  shrank to 25 seasonal and 10 full-time. The company also began packing herring, mackerel and mullet caught elsewhere, rather than just those caught locally. In September 2003, Hurricane Isabel destroyed nine of the fishery’s 11 buildings, putting the company out of business.”

— David Cecelski recalls the origins of fishing on the Chowan River.

— And from the other coast, a lament for herring’s gastronomical underappreciation.

“Despite disagreeing strongly with the decision, we do understand the underlying motive a majority of Elizabeth City city councilors had for recently rejecting an agreement to install a Russian-funded monument at the city’s Coast Guard Park: anger at the Russian government for attempting to hack our elections….

“It is, however, the wrong decision. It’s wrong because the monument the Russians want to put up at our park is more than about our political disagreements of the moment. Unlike Confederate monuments, which pay tribute to a divisive period of our nation’s past, the Russian monument would pay tribute to one of the best moments of our past — our collaboration with Russia and Great Britain to defeat Hitler’s Nazi Germany in the Second World War….”

— From “Reconsider WWII monument; it’s ours, too,” editorial in the Elizabeth City Daily Advance (March 4)