In 1914, professors Joseph Hyde Pratt and George Howe founded the Research Club.  This club met once a year during the last week of October and gave its members, all of whom were professors, the opportunity to present humorous or satirical mock research papers on strange and farcical topics.  At its first meeting, Pratt outlined the club’s long, mysterious (and fictitious) history.

Howe provided ten rules and regulations that governed the club. 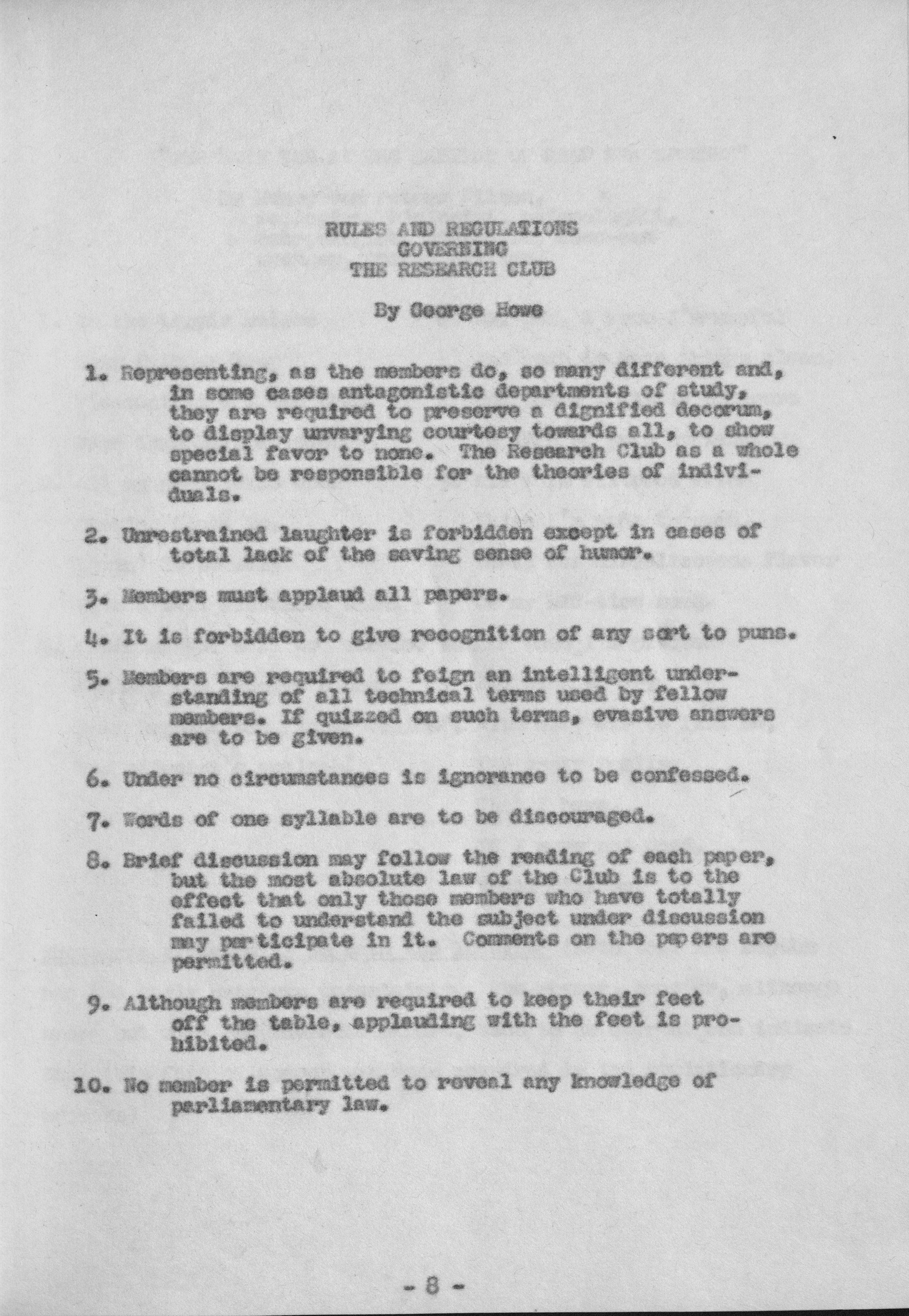 Some years, club members focused on specific themes or topics.  At the 1915 meeting, each professor contributed a paper describing the point of view of a country engaged in the first World War. All of the works presented during the 1916 meeting were written in poetic verse. For the 1917 meeting, the club produced a nearly 70-page novel titled The Laundry Ticket: A Story of Love and Adventure, for which each professor contributed a chapter.

The Research Club continued to meet until 1921.

Materials used in this post are from the Research Club of the University of North Carolina Records (#40193).