This Friday will be the first day of Summer, and after the past few hot and sticky days we’ve had here in Chapel Hill I thought we could all use some icy imagery to help us stay cool… 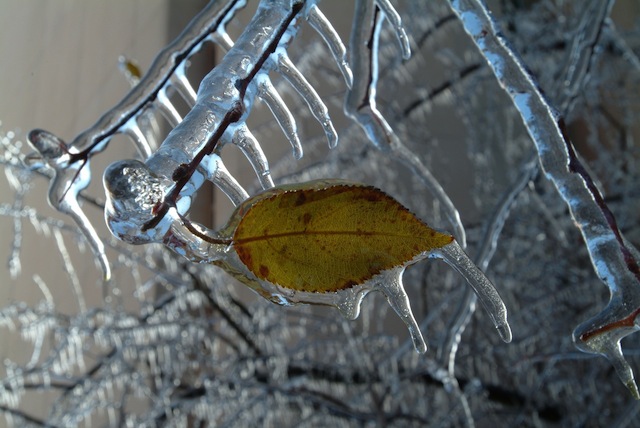 This image, taken after the formidable Ice Storm of December 2002 that coated Chapel Hill in about three quarters of an inch of ice, is from a collection of digital photographs transferred to University Archives from the School of Medicine’s Department of Medical Illustration and Photography.

Do you remember this terrible storm?