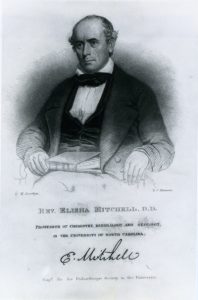 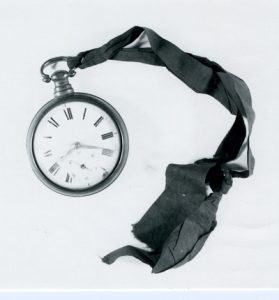 Eileen McGrath’s call for political ephemera from the 2008 election was very successful. Many of you sent in many wonderful items (a few of which we shared on the blog: Dole, Perdue, and Education).

I’d like to try this for a different type of item: restaurant menus.

Some of you may remember a few blog entries I did a while back that featured North Carolina restaurant menus from the 1960s: Thanksgiving, BBQ, and Chuck Wagon.

These menus were collected by one of our former curators and provide a wonderful snap shot of life in the 1960s…what kind of restaurants were around? what type of food was available? how were things advertised? how much did a meal cost? Again, a very interesting look at life in the 1960s.

I’d like to do the same thing for 2009. Please send us restaurant menus for eating establishments you visit. We’ll certainly appreciate and cherish menus from the local eateries, but feel free to send chain restaurant menus as well. Anywhere that you go try to get a menu that you can send along to us! Several staff members and I have already been collecting them, but we’re obviously not covering the entire state. We need your help! BBQ, Chinese, Mexican, fast food, pizza…it doesn’t matter…just send them along. 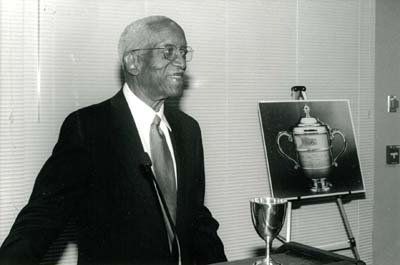 Jan Hensley very kindly allowed me to post the following image of Dr. Franklin at the North Caroliniana Society Award banquet mentioned below. Thanks, Jan!

You can read more about Dr. Franklin here, but I did want to share images of two items that the North Carolina Collection has concerning Dr. Franklin. 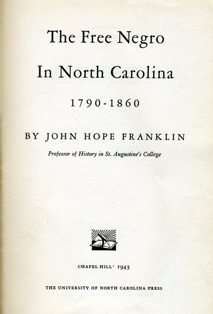 The image above is the title page from The Free Negro in North Carolina, 1790-1860, published by the University of North Carolina Press in 1943. 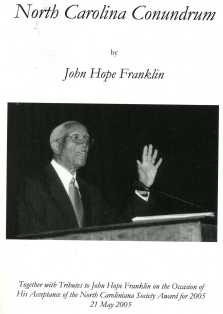 The image above is from North Carolina Conundrum, a talk given by Dr. Franklin on the occasion of his acceptance of the North Caroliniana Society Award for 2005. This work also includes tributes by two of his former students, Dr. Eric D. Anderson and Dr. Alfred A. Moss, Jr.

Today is the 90th birthday of UNC alum Lawrence Ferlinghetti, co-founder and co-owner of City Lights Booksellers and Publishers, San Francisco, California, and one of America’s leading poets. Ferlinghetti, who was born in Yonkers, New York, in 1919, graduated from UNC in 1941, though he used the name “Lawrence Ferling” while in Chapel Hill (see image above from the 1941 UNC yearbook).

This striking image on the cover of one of our pamphlets caught my eye today – “Plant Food:  Its Nature, Composition and Most Profitable Use, Prepared to Aid Practical Farmers,” was published c. 1895 by the North Carolina State Horticultural Society, Experimental Farms, Southern Pines.  This guide contains brief descriptions of fertilizers – Potash, Phosphorus, and Nitrogen, and includes different recipes for different crops, adjusting the levels of each component to optimize the growing of specific vegetable.  The guide also lists some curious sources for finding these nutrients and methods for applying them to your land.

The iconography of the cover follows the style of other turn-of-the-century posters, which tended to draw a direct visual comparison between contemporary technological advancements and classical civilization (a prime example being the Columbian Exposition, which was just two years before this guide was published).  The female figure is wearing a garment reminiscent of Grecian clothing and sprinkling fertilizer from a pottery vessel, which bears the letters K, P, and N (the chemical symbols for the major plant nutrients Potassium, Phosphorus, and Nitrogen) and is rendered the red-figure style of Ancient Greek pottery.  The scene is framed by two trees and root plants along the bottom that sprout up over the frame’s border into the image block, suggesting health, growth, and abundance.

The KPN listed on the figure’s vessel is likely one of the earlier instances of identifying fertlizer packages by the chemical symbols of the components – even today, fertilizer packaging bears the letters and amount of each nutrient.  We have an advertisement postcard for the product Eclipse Guano, made by the Caraleigh Phosphate & Fertilizer Works, dated 1928, which shows a man sitting on a 200 lb. sack of fertilizer and holding another upright in front of him.  The bag lists the chemical ratios of the ingredients as, “Phos. Acid Nitrogen 247 Equiv. to Ammonia Potash (K20) Water Soluable Nitrogen 1/3 Total.”

After a short break, slogan-based “Where the Heel?”s are back! The image above is the cover of a general tourist brochure with a blank line replacing the name of the location being advertised. Do you know which locality not only had dig-’em-yourself gemstones, but also used the activity as the highlight of their tourism campaign? If you think you know, leave your guess as a comment. 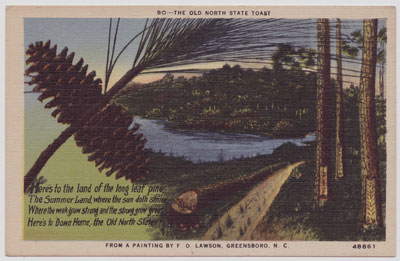 Berton Braley’s poem reminded me of something else I’ve been meaning to blog about for quite some time: The Old North State Toast. How many of you had to memorize this in school? I did, but I have to admit that I wouldn’t do very well at reciting it right now (though in the past I could name all 100 counties and their county seats—which, by the way, is a party trick that only scares people). So, here’s a bit of information on the toast.

It was written by Leonora Monteiro Martin of Raleigh. She penned the original words for a banquet of the North Carolina Society of Richmond, Virginia, in 1904. The toast became very popular, but it didn’t become the official state toast until the General Assembly named it as such on May 21, 1957.

Part of the toast is reproduced in the image above, but we’ll include the whole thing below. Memorize it and impress your friends at the next party you attend.

Here’s to the land of the Long Leaf Pine,
The Summer Land, where the sun doth shine;
Where the weak grow strong and the strong grow great—
Here’s to “Down Home,” the Old North State!

Here’s to the land of the cotton bloom white,
Where the scuppernong perfumes the breeze at night,
Where the soft Southern moss and jessamine mate,
‘Neath the murmuring pines of the Old North State!

Here’s to the land where the galax grows,
Where the rhododendron’s rosette glows;
Where soars Mount Mitchell’s summit great,
In the “Land of the Sky,” in the Old North State!

Here’s to the land where maidens are fair,
Where friends are true, and cold hearts are rare,
The near land, the dear land, whatever fate,
The blest land, the best land, the Old North State!

Another post about the Irish in North Carolina, this time from someone who does look good in green!  We’ve got material about two Irishmen whose paths crossed as they fought for the Confederate Army that I thought I’d share with you today:

Thomas Conolly’s experience is recounted in a book edited by Nelson D. Lankford called, “An Irishman in Dixie:  Thomas Conolly’s Diary of the Fall of the Confederacy,” which is a published version of the diary Conolly kept while fighting for the Confederate Army.  The diary opens while Conolly is in Nassau awaiting passage to North Carolina, and contains descriptions of the South during the war as well as many colorful descriptions of social events with prominent Confederate leaders, including General Robert E. Lee and Jefferson Davis.  Don’t ask what he thinks of Varina Davis, wife of Jefferson Davis!

“After dinner Genl Lee showed me the defences of Richmond on the map extending in a Line of 35 miles from the E of Richmond to 5 miles W of the Appotomax & Petersburg He showed me also the enemies lines confronting them nearly the entire way with his bastions & battery (marked & numbered.  Now he said we have 2 lines of defence… Whether under certain circumstances the exigencies of way might not render it advisable to evacuate Richmond I of course said nothing Tho’ when pressed by an unjudicious young Lady Oh General Lee I hope you’ll never give up Richmond He floor’d her by saying “Oh Miss have you no faith in our boys …”

Interestingly enough, the captain of the ship that brought Conolly from Bermuda to the coast of North Carolina was John Newland Maffitt, a blockade runner who was born at sea while his parents were emitrating from Ireland to New York.  Maffitt worked for the US Navy beginning when he was 13 years old and quickly rose through the ranks, but quit at the outbreak of the Civil War to fight for the Confederate Army.

The NCC has a novel written by Maffitt titled, “Nautilus: Or Cruising Under Canvas,” which was published in 1872 and is a fictional account of his time spent on a US Navy ship in 1835.  The John Newland Maffitt Family Papers are held at the Southern Historical Collection, Collection Number 1761.

Writing seems to have been a strength for the Maffitt family.  The NCC has two volumnes of poetry written by Maffitt’s father, the Rev. John Newland Maffitt, who was a Methodist preacher in several New England states.  Both volumes of poetry were publsihed in 1839.  One that is particularly appropriate for today’s post is titled, “Ireland: A Poem.”