“An advocate of the two dollar shirt from Scotland Neck, N. C. — that was Claude Kitchin. But he was more as well. In 1901 he came to Congress, where his father had been before him, where one of his brothers (later Governor of North Carolina) then was. In 15 years, by his mastery of diatribe and strategy, he had made himself Democratic floor leader in the House. In four years more… he had brought on himself a stroke of paralysis from overwork…. Now he is dead.

“He was…  something of a demagogue, bitter and sectional. But he was fearless, and brilliant in attack on the floor…. He made his name  by attacking the free lumber plank in the platform of 1908.

“He turned the torrent of his eloquence against President Wilson’s plan to strengthen the Navy, he fought to the last the declaration of war against Germany in 1917. But once war was declared he reversed his attitude entirely and gave uncompromising support to war financing measures.

“Kitchin’s fighting record goes farther back than his political record. His father fought for the Confederacy. Claude was one of eleven children, nine sons and two daughters. [As a young lawyer] he  defended a murderer. His father was the prosecutor — and the son was victorious.”

I’m guessing the  “two dollar shirt” characterization refers to Kitchin’s hallmark opposition to protective tariffs, but wouldn’t that have been an expensive shirt for the 1920s? 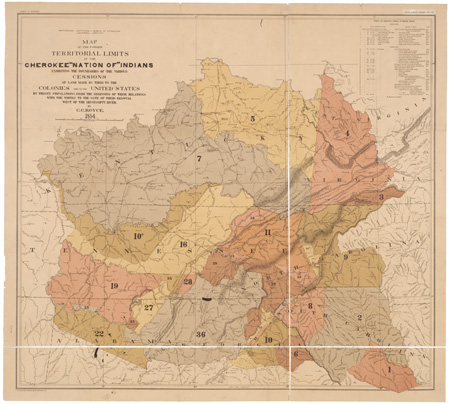 I’ve spent the past few days looking again at some of the 3,200+ maps digitized for our North Carolina Maps online collection. And, curiously, I keep coming back to the map above. I think one of the reasons is the information at the upper right of the map, Numeric and Chronologic Schedule of Cherokee Cessions (click on the closeup below to see the details).

The list extends to 36 entries on this map and if you look on a second map there are another 11 entries (Sorry, we don’t have the second map up. It covers land west of North Carolina and didn’t fit the criteria for our NC Maps site). I’m surprised at the number of treaties and land deals. Perhaps I shouldn’t be.

I started wondering about the person who meticulously documented the numerous land cessions. The name C.C. Royce is found just below the map’s title. It’s a shortened version of Charles C. Royce. Royce was an Ohio native. In 1863, just a few months shy of his 19th birthday, he enlisted in the U.S. Navy and spent the last months of the Civil War aboard a Union river monitor. After the war he joined the Office of Indian Affairs as a clerk. Royce’s work on Indian land cessions drew the attention of John Wesley Powell, the first head of the Bureau of Ethnology. Powell helped Royce with his study of the Cherokee, checking books out for him from the Library of Congress and providing him money for research trips. In 1883 Royce was appointed to a position as ethnologist on the Bureau’s staff. But a year later, he returned to Ohio to work as an accountant at the Miami County Bank.

Before leaving Washington, Royce submitted a monograph about his research on Cherokee land cessions for inclusion in the Bureau’s annual report. In a letter he wrote, “Of course I never had any conceit that in a strict sense of the term it belonged among scientific papers. It is purely historical and yet I am constrained to believe that the ‘popularity’ of a work such as the report of the Bureau of Ethnology, would not be abridged in the mind of the average reader by having a little politico-Indian History sandwiched between their ‘myths’ and ‘stone implements’ on the one side and their ‘sign language’ and ‘mortuary customs’ on the other.

Royce’s monograph The Cherokee Nation of Indians was reprinted as a book in 1975. In an introduction, Richard Mack Bettis, president of the Tulsa Tsa-La-Gi-Ya Cherokee Community, writes that the Cherokee owe a debt of gratitude to Royce. His “accurate reporting on treaties and boundaries” provided the data that helped the Cherokee over many years to win more than $14 million in legal claims for land taken illegally from the nation.

In our month of dubious honors (4th laziest state?), here’s yet another one that I’m not sure we want:

We’re No. 1! The bad news? For copperhead bites [from the Raleigh News & Observer]

Of the 7 markers approved in the last round, 5 recognize blacks and 1 a Cherokee. Is the marker advisory committee playing catch-up? Is this a formal policy?

We have no established policy but rather operate based primarily on what comes through the transom.  If you check Blacks in the Keywords search box, you’ll see that a heavy proportion of those since I joined the staff in 1982 have been African American.  In the broader sense, this might be seen as catch-up but, more precisely, it’s a reflection of public interest.
–
What caused removal of the marker for Tryon’s March in Polk County in Macon County? How often does this happen?
Removal of markers is uncommon.  The note on the remaining Tryon’s March marker page [O-34] explains the situation, i.e., we got it wrong.  Likewise with a Stoneman’s Raid marker in Newton.  It’s no longer there; he missed Newton by 40 miles.  Irony of ironies, the number once assigned to that marker is now on the Hiram Revels marker in Lincolnton [O-12].  When Jeff Davis left the Senate, some predicted that one day his seat would be filled by a black man and it came to pass.  That man was Revels.
–

How unusual was Gaston County’s decades-long rejection of a marker for the Loray Mill Strike [O-81]?

Also rare are objections by local parties to a marker.  Gastonia is the prime example.

In Raleigh descendants of W. W. Holden at one time opposed mention of impeachment on his marker [H-92].  But it stands today, right outside the N&O office, and indicates that he was impeached and removed.

County commissioners in Greene County were not thrilled about the prospect of the James Glasgow marker [F-66] noting that he was convicted on land fraud charges but they did not stand in the way of its placement.

Representing the Great State of North Carolina on the “50 Most Beautiful People 2010” on Capitol Hill is Ryan Fitzpatrick, who is ranked #24 and is described as a “Carolina boy.” Check it out at:

50 Most Beautiful People 2010 HTML [the link goes to the middle of the list, where Fitzpatrick’s entry can be found, to see the full list go to: http://thehill.com/capital-living/cover-stories/111283-50-most-beautiful-people-2010] 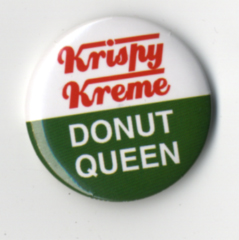 I was going to comment on this story, N.C. ranked fourth laziest state, but frankly I don’t have the energy. I wonder what’s on TV right now? Well, I’m too lazy to turn the TV on right now, so I’m just going to take a nap…

On this day in 1911: In Hamlet a freight train and a passenger train collide head-on, killing seven passengers and injuring 25. The passenger train had been loaded with Durham Sunday school members on an excursion to Charlotte.

“Jim Crow service, using old wooden cars sandwiched between the newer steel ones, [subjected] those in the wooden cars to extreme danger…. ” Jean Bradley Anderson writes in “Durham County.” “In the collision the wooden cars had splintered and compacted like accordions.”

A Charlotte Observer correspondent reported from the scene that “An old railroad man expressed the opinion… that the frail construction of the cars had something to do with the great damage.”

Black leaders would later call for railroad regulations to require either all wood or all steel cars on each train.

This unique view shows bicycles parked at Hinton James dormitory in the 1960’s. The dorm is named in honor of the first student to enroll at UNC in 1795. James walked to campus from his hometown in Wilmington.

The dorm bearing his name is located he farthest away from classes, hence the need for bicycles.