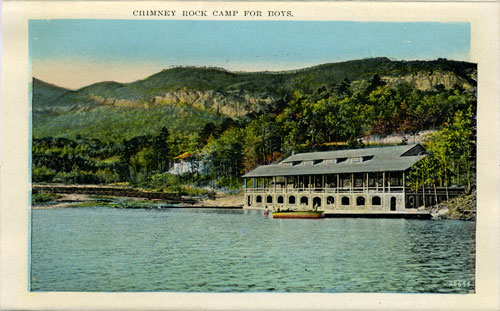 There will be lots of recalling Baby and Johnny this weekend as the town of Lake Lure holds its 3rd annual “Dirty Dancing Festival.” Parts of the 1987 film Dirty Dancing, featuring Patrick Swayze and Jennifer Grey as star-crossed lovers Johnny and Baby, were filmed in and around Lake Lure. Scenes of Johnny, Baby and the hotel staff thrusting their hips and locking their bodies provocatively were shot in the old gymnasium of the Chimney Rock Camp for Boys and Girls (girls were not yet campers at the time the postcard above was printed). Sadly, the gym burned down several years after the film was shot. Although the inn featured in the film is in Virginia, the Lake Lure Inn (see postcard below) served as lodging for Swayze, Grey and other cast and crew members.

Although some, including this writer, may find Dirty Dancing‘s love story overwrought, the dance scenes have ensured the film’s place on classic movie channel schedules and popular movie rental lists. The film’s popularity has also guaranteed a steady stream of visitors to Lake Lure, as fans search for the spots where their favorite tear-jerking scene occurred. As for whether you’ll have the time of your life this weekend at Lake Lure, that likely depends on who you’ve got on your dance card.

EXTRA CREDIT: Can you name another North Carolina connection for actress Jennifer Grey? 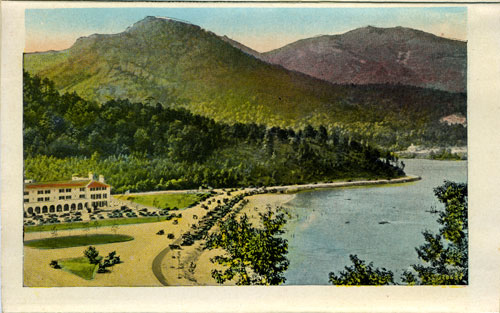