Among the bedazzled is a reporter for the Durham Recorder: “From the water driven generators on the Rocky Creek below Great Falls, S.C., the mysterious energy flashed over the lines or tower to tower, over hill and valley, through the fields of ripening corn and the forest in which the leaves are turning red and gold into the sub-station located on the hill just beyond the Pearl Cotton Mill.”

The 175 miles from Rocky Creek to Durham is touted as the longest distance over which electric power has ever been transmitted.

On this day in 1880: Shortly after being unloaded in Charlotte, The Chief, a circus elephant, turns on his keeper and crushes him to death against a rail car.

“The man sank down without a groan,” reports The Charlotte Observer, “and the elephant turned and started up the railroad track, the excited crowd fleeing in every direction. The loose elephant got into the main streets of the city, and a crowd was being formed to hunt him down and shoot him when it was learned that the circus people were after the truant beast.

“They took the other two elephants, Mary and The Boy, and, driving them rapidly through the streets, overtook The Chief, chained him to the others and finally got him back to the circus grounds.”

John King will be buried in Charlotte’s Elmwood Cemetery beneath a five-foot monument donated by his fellow circus workers. On it is carved the image of an elephant and a palm tree.

“I was surprised to find that cinema had not deceived me. An old denim factory really is a funhouse of red exit signs and retractable doors that yank open with the pull of the cord. Terminator 2 really nailed the vats and chains, the smoke, chemicals, and decay. They got the catwalks and metal grates, and most of all the lengthening shadows.”

— From “White Oak Denim, Greensboro” a memoir-cum-social history from Aaron Lake Smith, who spent seven months as a security guard at the country’s oldest continuously-working denim mill (N + 1 magazine, May 27, 2011)

Thanks to the inexplicable vagaries of fashion and a new push to “Buy American,” the Cone plant has made at least a temporary comeback since Smith’s tenure.

Alright coffee lovers these recipes are for you.  Try out a few of these this Saturday, September 29 to celebrate National Coffee Day. 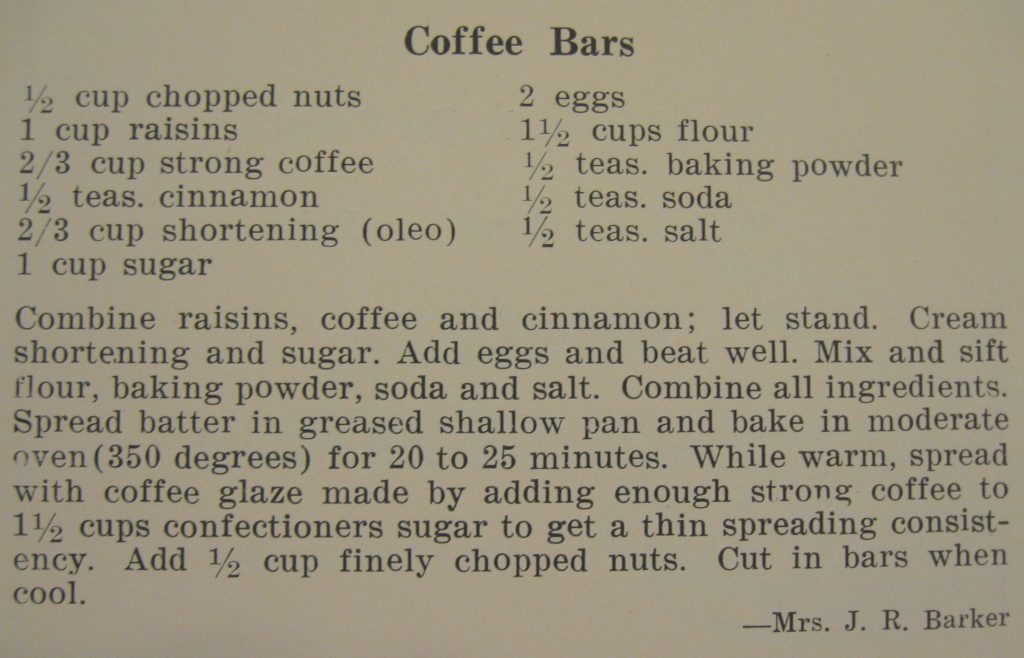 “Frosted Coffee” and “Coffee Bars” from Recipes for Gourmet Eating: a Compilation of Favorite Tested Recipes of Housewives of Greenville and Out of Town Friends.

“Coffee Mallow Float” from Soup to Nuts: A Cook Book of Recipes Contributed by Housewives and Husbands of Alamance County and Other Sections of State and Country. 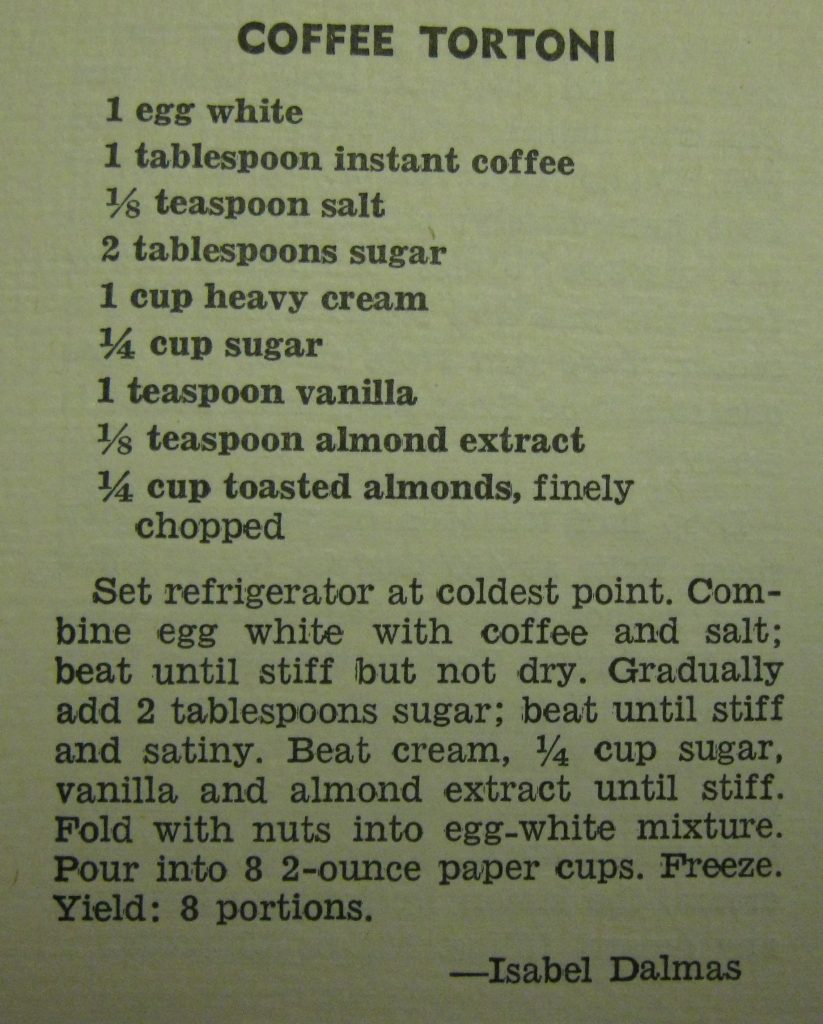 “Coffee Punch” from A Taste of the Old and the New. 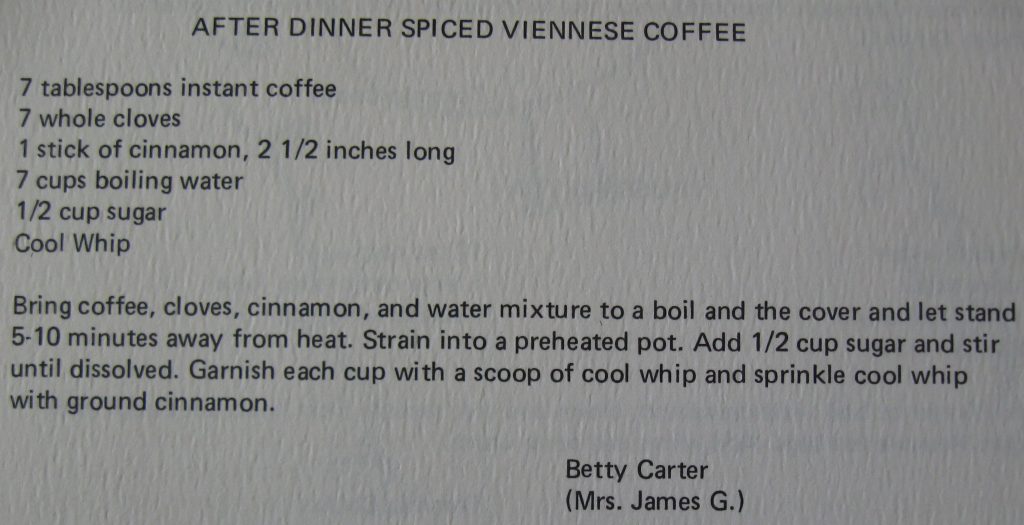 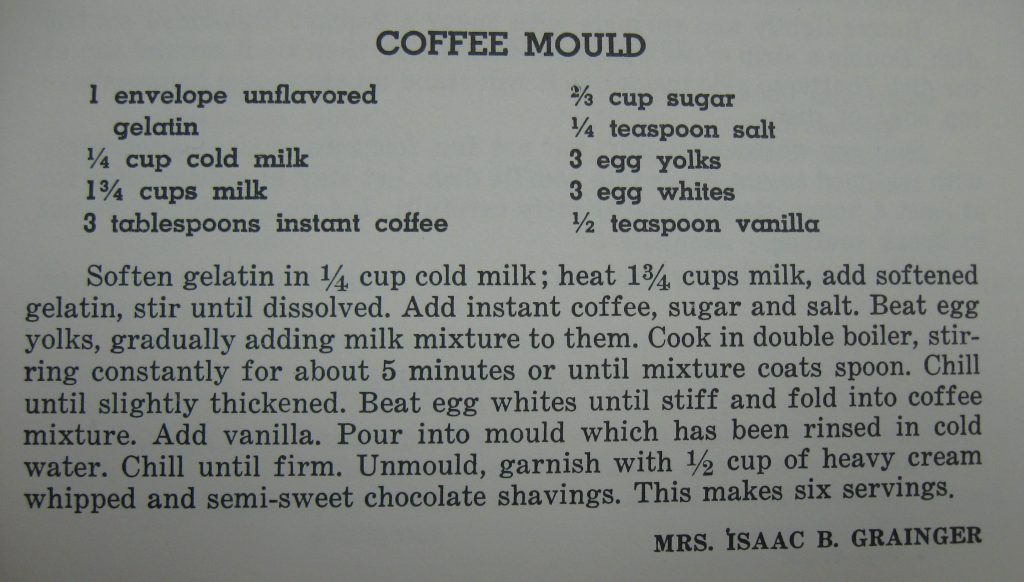 “Coffee Mould” from Favorite Recipes of the Lower Cape Fear.

Since June, the Carolina Parakeet has graced the North Carolina Collection Gallery with its colorful feathers. (We’ve previously written about the exhibit here and here.)

If you’ve been meaning to visit, now’s your last chance to do so: The exhibit will end on September 30.

More details on the Parakeet exhibit can be found on the Gallery’s web page.

“In 1931, the popular magazine Collier’s Weekly ran a story titled ‘Dark Discretion,’ which professed to reveal the ‘simple’ truth about that controversial meal [at the White House in 1901]. According to Dr. W. H. Frazier, president of Queens College in [Charlotte] North Carolina, Booker T. himself admitted to eating lunch, not dinner, at the White House. ‘With his plate on his knee, Dr. Washington ate a sandwich and drank a cup of tea while [President Roosevelt] refreshed himself similarly — at his desk. That was all there was to it,’ Collier’s reported.

“One week later, an editor at the Afro-American, a black newspaper in Baltimore, expressed outrage and disbelief and set out to disprove the story….Dr. Frazier admitted that he had never discussed the matter with Dr. Washington and may have read the anecdote in a newspaper several years earlier.”

— From “Guest of Honor: Booker T. Washington, Theodore Roosevelt and the White House Dinner That Shocked a Nation” by Deborah Davis (2012)

In 1929, after leaving Queens, Frazier managed to make a more useful contribution to political dialogue: It was under his pastorship that Mallard Creek Presbyterian Church first hosted what would become Charlotte’s signature campaign event: the Mallard Creek Bar-B-Que. 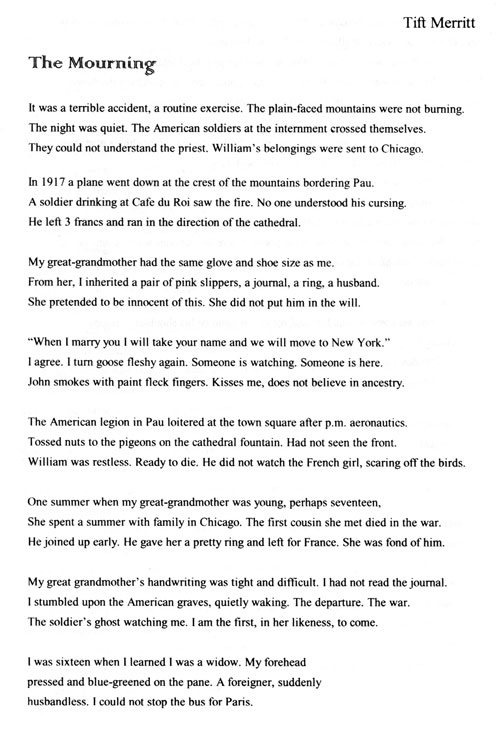 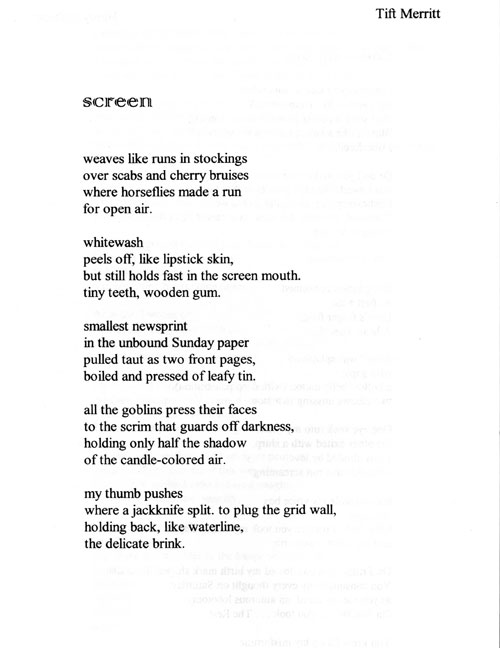 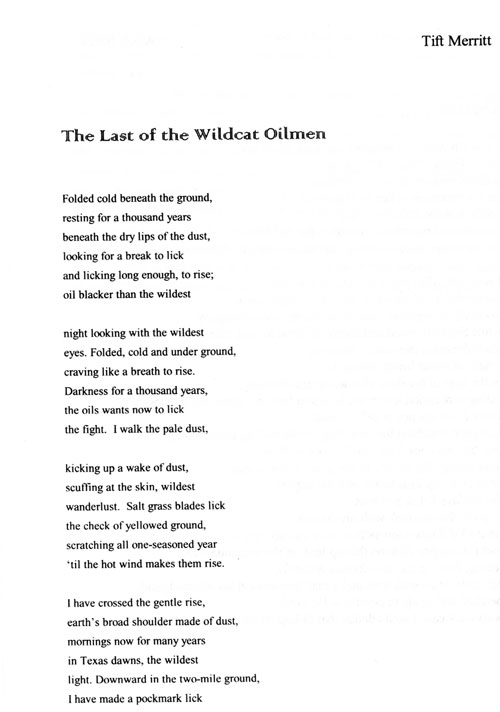 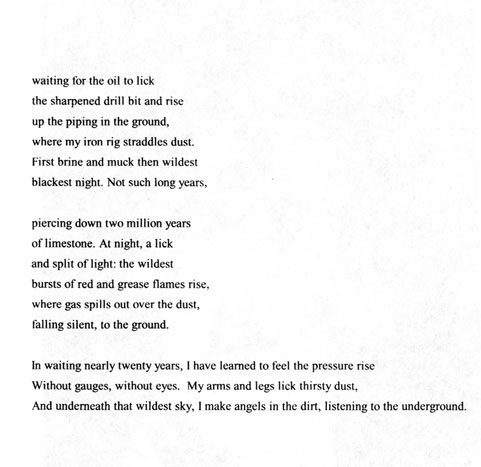 On this day in 1958: Capping an 18-year legal struggle, the Ackland Art Museum is dedicated at the University of North Carolina. As specified in his bequest, the museum’s benefactor, William Hayes Ackland, is interred within the building with a recumbent statue on his marble sarcophagus.

When he died in 1940, Ackland, a Washington lawyer, left $1,395,000 to Duke University for an art museum. The school’s trustees declined — reportedly out of the belief that the sarcophagi and recumbent statues of three Dukes in the Duke Memorial Chapel were ample. UNC and Rollins College, Ackland’s second and third choices in an earlier will, were left to wage a long court struggle over the bequest. UNC — whose lawyers were not above arguing that that Duke and UNC were “alike as two peas in a pod” — finally won out.

Thursday, September 20th is Apple Day at the North Carolina State Farmers Market.  There will be free desserts, recipes, and apple facts.  Here are a few apple recipes to get you started.

“Apple Butter” from A Taste of the Old and the New.

At the suggestion of the Davie County Public Library, the North Carolina Digital Heritage Center has just published online one of my favorite little books from the North Carolina Collection: Douglas Rights’s A Voyage Down the Yadkin – Great Peedee River.

The book describes a journey taken by the author in a rowboat down the Yadkin and Pee Dee Rivers from North Wilkesboro to Georgetown, S.C. The trip began in September 1925 and was completed in 1928 (in several stages — he wasn’t on the river the whole time). The sketches included in the book were originally published in newspapers in Winston-Salem. The lively, conversational tone of the writing combined with the glimpses it gives into a very different North Carolina make for a fascinating read.

As an example of fine prose to be found in these pages, here’s a memorable description of a man in a now long-forgotten profession: ferryman. J.C. Corum manned the ferry near Shoals, N.C., located in Surry County between Mt. Airy and Winston-Salem:

“Mr. Corum is a ferryman to be remembered. He reminded us of that famous boatman Charon who transports troubled souls over the river Styx. It is a delight to see him pole a small wooden boat across the river. It is with him a ceremony stately and solemn. Over six feet in height he stands upright in the board, using a sapling pole twice his length. Without bending the knee or winking an eyelash he sweeps one end of the pole into the water. This impulse shoots the boat ahead on a straight line as if it were driven by motor power. Between sweeps he stands poised as a Grecian statue. A dozen powerful strokes bring him safe to the opposite shore where with countenance still unmoved he casts the stay chain over the moorings.”

The ferry described here is probably quite similar to the Cooleemee Plantation Ferry pictured in the Digital Davie online exhibit.